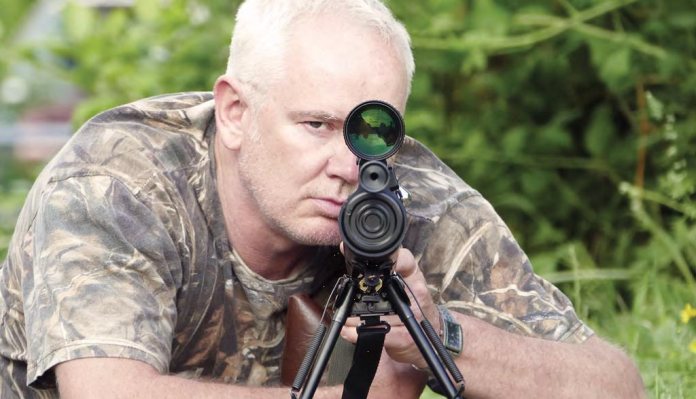 Shooting FAC can seem like the Holy Grail, but aspirations and expectations can be a tricky combination. Secretly, most shooters want the biggest, baddest gun they can squeeze into the cabinet – They may not need it but they sure as hell want it!

Let’s start with aspirations. Big guns have the ‘Grrr’ factor. You pick ‘em up and you can’t help thinking: ‘Grrr’. The bigger the gun, the bigger the ‘Grrrr’! This phenomenon is easily spotted courtesy of the idiotic grin that invariably accompanies this seemingly silent expression.

The truth is, the further you ascend the calibre ladder, the less you shoot the gun. That’s just as true with FAC air as it is with a centrefire. Obviously, there’s a hell of a lot more latitude with an air rifle than a Lapua Magnum but as Stan Lee famously stated: “with great power comes great responsibility.”

In the UK, the key factors in obtaining a ticket are need (good reason), safety and suitability. Do you actually need an FAC rifle? Is there a pest control problem that warrants it, and if you’re shooting over other people’s land, are they willing to say as much and have the land cleared if it isn’t already? Secondly, is the land suitable in terms of potentially dangerous public access, backstops etc. Thirdly, are you mentally, physically and legally eligible. The first two criteria are pretty straightforward. Either you have ‘good reason’ and a permission that’s deemed safe, or you don’t.

The third point (you) is more subjective. Your GP will be contacted to ensure you’re both mentally and physically suitable. A history of depression, mental illness, heavy drinking plus your general medical history all play a part.

Finally, there are the Bobbies, or more accurately your FLO (Firearms Liaison Officer). Your FLO will interview you personally at your home and will inspect the property. A license will not be issued until a firearms cabinet has been installed and inspected.

If you’ve spent more than three-years in prison you’re automatically disqualified and any criminal activity will quite rightly be taken into account. Let’s be very clear, FLO’s are not stupid. You are not going to pull the wool over their eyes and if you’re not 100% honest you could be risking a lot more than your license.

Misleading a police officer is a serious offence and holding a firearm under false pretences is a crime. Second movie quote of the day: “Only stupid people think the police are stupid.”

On top of all that, add the fact it can take months to process an application, and it’s all starting to seem a bit too much like hard work. Well, guess what, it’s supposed to! The general public don’t like shooting sports (shocking I know), but if you insist on shooting high power firearms, they want to be damn sure you’re a patient, sensible and sober individual in every sense – and, quite frankly, so do I.

Assuming you’re still keen, the first thing to do is Google your local firearms licensing unit and think about all of the above. If you have any concerns whatsoever, call or at least email, before submitting any form of paperwork. You only get one chance to make a first impression with plod and you don’t want to make any silly mistakes. Even if you’re confident about the application, it doesn’t do any harm to get in touch. Like most public sector organisations, the police are over stretched and under resourced, but in my experience, they’ve always been willing to help.

One of the primary reasons for double/triple checking your potential application, is to avoid the soul-destroying disappointment of getting knocked back two or three months further down the line. You can often save yourself a lot time, money, effort and frustration by just asking some basic questions beforehand.

What can you realistically expect from an FAC air rifle? Essentially, the overall ballistic performance roughly doubles. Most FAC shooters zero their rifle around the 50-metre mark, as opposed to 25- to 30- for a sub 12ft/lb. It doesn’t sound like much of an improvement but an extra 25-meters can make a very big difference to the bag. I’d say 90% of my FAC shots are taken in the 40- to 55-metres region, with very

occasional forays further out. Can you shoot an FAC out to say 100-metres? Yes, from prone perhaps, but in my opinion the target has to be paper at that kind of distance. At 100-metres, I’ll miss one in five shotgun shells in ideal conditions and let’s be honest how often do we shoot in truly ideal conditions, once maybe twice a year?

At 75-metres, I’m genuinely surprised if I miss a prone shot on a calm day. Having said that, I’d still do everything possible to close the gap further and I’d definitely pass on the shot if the wind got up. Off sticks, either a tripod or quads, maybe 60- to 65-metres maximum.

Obviously, max range is a personal decision but never confuse your best day on the range with an average day in the field. Live quarry deserves respect, if you’re hoping to hit, rather than being surprised you’ve missed, you’re shooting beyond your ability.