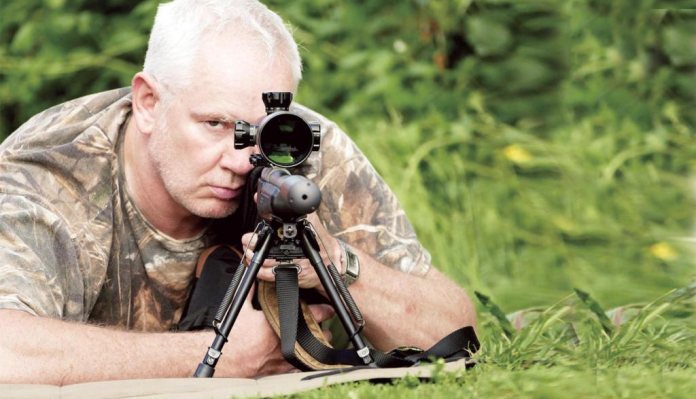 Everyone likes to keep the odd excuse in the bag alongside the bunnies. My personal favourite being: “Hmmm… I must ‘ave knocked it climbing that… (insert an obstacle of your choice).” The truth is, poor technique is more likely than any knock, drop or sudden and mysterious hardware failure.

In this article, we’ll explore some of the key points that often make the difference between a hit and a somewhat less than plausible excuse for a miss. One of the most common causes for a botched shot is our oldest adversary adrenalin. After an hour or two trudging across soggy fields, a lowly rabbit can feel like a mountain lion. The pulse rate rockets, the heart starts pounding and some critical errors start creeping into the shot, all courtesy of adrenalin and perhaps partial exhaustion.

Take your time, consider your backstop, steady your breathing but also think about your grip on the gun. Attempting to muscle a gun onto the target is a recipe for disaster.

A rifle should be shouldered securely but gripped with about the same force as your mobile phone. The problem is that most shooters start with a PCP air rifle, which are generally very accurate straight out of the box. Add to that zero recoil and it’s more than possible to hold on for grim death and still get reasonable results.

However, excessive grip transmits more and more shake into the shot, from your pounding heart to innumerable muscles that aren’t needed but are still firing due to your adrenalin induced death grip on the rifle. Over gripping the rifle is responsible for just as many missed opportunities as poor breathing, or iffy trigger control; which neatly brings us to the next top tip, trigger control, or more accurately trigger hand technique.

To be honest, I don’t really like the term ‘trigger control’. By definition, it puts all the emphasis (blame) on the pinky in question. For me, the focus should be on the hand as a whole. I’ll outline the technique I use; it won’t work for everyone but at least some of the points raised may transplant well into your own shooting and hopefully improve it. Here’s the basic principle: Think of squeezing the round out of the stock, rather than pulling the trigger.

The fundamental building block for any form of accurate shooting is repeatability. The smaller the muscles used to perform any action, the more susceptible they are to inconsistency, twitches, tiredness etc. If you squeeze the trigger with your whole hand and indeed arm to some extent, the muscles used are larger, the movement is smoother, more repeatable and less prone to twitches. Take up the slack on the trigger and then very consciously and gently squeeze the stock and the trigger simultaneously.

It’s almost like pulling back on a bow string with the emphasis on keeping the wrist relaxed and in-line. It can almost feel like the movement is coming from the shoulder, as the forearm and hand retreat towards the rear of the stock as you squeeze. In the prone position, the feeling is less pronounced but the basic principle still applies.

Using this technique, you also tend not to over grip the stock with the remaining fingers and thumb. It adds a kind of momentum, a positivity to the shot that helps generate a good follow through; something which is another key aspect of consistent shooting. If you tend to grip the rifle and hover over the trigger (chasing the crosshairs) it pretty much guarantees a pull or snatch, rather than a squeeze on occasion. On a sloping sporter stock, it can also result in a twist of the wrist and your trigger finger angled down rather than across the blade.

In most magazines, ‘follow through’ would be a phrase to be avoided, unless you’re writing for Viz. For shooters, it’s important but often overlooked. If you’re shooting well, the round should leave the barrel during the shot, not at the end of it. Follow through is essentially ‘staying on the gun’; the shot’s fired but the shooter stays fixed on the target, the trigger is at full travel while the shooter concentrates on the scope, prepared to rack the bolt if required. It’s not simply a matter of tracking the target, it’s really about completing the shot or attempting to make the transition from ‘before’ to ‘after’ seamless and repeatable. The best analogy would be golf. Everything after the impact has no physical effect on the ball but can you imagine a golf swing without it? I’ve seen shooters, who perhaps haven’t come up the ranks in terms of calibre, jump behind a centrefire and instantly develop a pronounced blink or twitch, courtesy of the combination of recoil, noise and the nagging fear of getting scoped.

At the other end of the spectrum, I’ve watched air rifle shooters jerk their head off the stock after virtually every shot, simply to get a better look at what’s happened down range. Both situations mean zero follow through, and once a bad habit has taken hold, it can be very hard to break.

You may never warm to the squeezy method detailed above but mastering the follow through is an absolute must if you want to take your shooting to the next level.