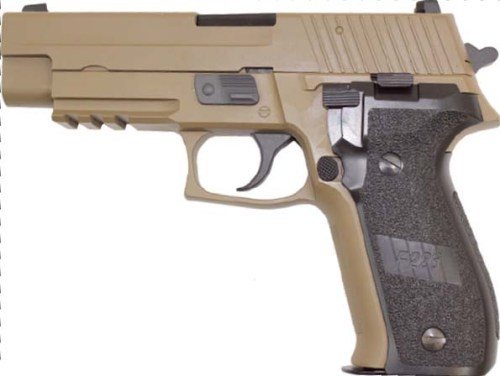 It’s been my great pleasure and privilege to be able to track the rise and rise of WE Airsoft Europe pretty much since they came into being; luckily Ross Tucker, their ‘go ahead’ Marketing Manager has been a friend for many moons so it’s been personally gratifying to see him and WE EU doing so well.

WE Airsoft Europe have really looked to what we as players want and need. Their professional and attentive approach has taken the UK and general European markets by storm, and with their own NUPROL brand they look set to continue this surge forward both in terms of innovative product and superb levels of service!

WE Airsoft Europe is a company that was born from the vision of catering directly to the European market. Already an established and well-respected manufacture of Airsoft products based in Taiwan, the next step was to service and focus directly on the European market. The reason that WE decided that this was the next logical step was due to extensive market research showing that most retail outlets in Europe were fed-up with long lead times and delays, large amounts of cash-flow required with long delivery times, as well as confusing importation laws coupled with the fact many of the replicas once received needed further work to ensure that products where EU legal.

Law changes within both the UK and Europe have called for greater levels of technical product compliance than ever before, so WE EU looked to see what could be done to help both their retailers and the end-user. Probably one of the most important points of interest for retail outlets is that all WE EU products are ROHS II & CE compliant; this means they comply for sale all around Europe without fear of breaking the law! Many companies across Europe seem to have taken a very negative stand against ROHS II & CE, but these are now legal requirements, mostly in relation to consistent quality and safety, so both retailers and players need to understand the lead that WE EU have taken here.

Quality control in everything they do is one of the most important parts of WE EU’s mission. WE EU has a rigorous and strict quality control system in place. Not only that, but they’ve also looked closely at site power limits; most of the guys at WE Airsoft Europe are players themselves so they know how annoying it is to buy a new replica and immediately have to have work done as it has come ‘hot out of the box’.

One of the most important things for any player is to have a replica that performs excellently, with an immediate power limit of 330-350fps, whether it be gas or electric, in operation, which is why WE Airsoft Europe replicas have had new springs and nozzles manufactured specifically for EU products to ensure their power levels are correct. This is very important to us players as it means we can use their products straight out of the box and save on extra time and cost.

I’ve reviewed one of the new, compliant AK PMC GBBR models recently and confirm that this is indeed the case; it’s a super replica ready to go immediately.

There has also been a move towards new WE Europe branding including names of products and box designs which are more relevant to European customers. WE Airsoft Europe has renamed most of the WE products and repackaged them into more straightforward and attractive boxes, labelling them clearly and honestly with product names and information that actually make sense in the European marketplace.

WE Europe understand the differences between the EU Market and the Asian market, so they’ve gone as far as introducing a 12 month parts and support warranty across all of their product lines. This means that retail outlets and players alike can buy WE EU products with confidence, and having been in their extensive (and ever growing!) warehouse facility I can tell you frankly that they have spare parts in stock should you ever need them.

One thing that has been very exciting to see is the way that WE EU haven’t just taken replicas from the Far East and tinkered with them to make them compliant legally, but that they have looked beyond this point and established the NUPROL brand in its own right. Over the past few months I know that there has been a lot of shuttling between the UK and the Far East so that WE EU could source their own, high-quality products to add to their already extensive range of replicas. This has been a major investment of time and money, but from what I saw in their offices it’s going to pay off for them in the long run. They’ve looked at what we, the airsoft players that buy their products need not only in terms of replicas but also in relation to all the accessories that go with them. They’ve gone out, found absolutely top-notch accessory products, and invested in them to ensure they are available when we need them.

This is a rolling project, but I’ve already seen a number of the products rolling into the better airsoft stores and I know for a fact that many of them have already had to re-order. This programme is set to continue, but sorry folks, I’ve been sworn to secrecy!

Next month I’ll be having a look at some of the products WE Airsoft Europe have launched recently under their own NUPROL Brand, which is going to cover a whole range of accessories that are part and parcel of the airsoft experience. It really is the case that WE Airsoft Europe have ‘sweated the small stuff’ so we players don’t need to!

In the meantime if you’d like to have a look at their entire range and find stockist details please visit www.weairsofteurope.com