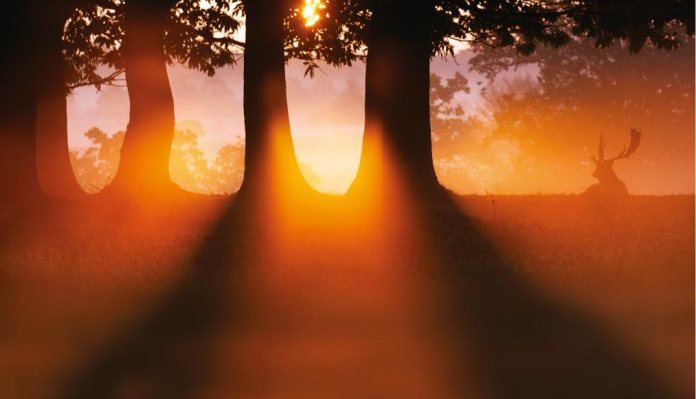 August is one of my favourite times of the year for Fallow deer; normally. They don’t seem to understand they are very visible after the harvest and are easy targets when out on the newly bare fields. Of course, the work usually starts after the shot, but I can drive over the fields to the carcass, lift it straight into the back of my truck, no dragging involved! If only that were the case all year.

However, the long, hot and very dry summer of 2018 killed a fair amount of crop in the fields. On my patch in Berkshire, the barley was white (dead) by early July. What was salvageable was cut mid-July, the stubble mostly turned in shortly after, which is before the start of the Fallow buck season. I had only two small fields of stubble to shoot over, come 1st August. These were not the best areas either, bordered by a fenced plantation along the longest side, with open fields to the opposite side, so not easily reached by the deer, who decided that they had better feeding in the woods. This provided a poor start to what I see as the start of my year, which had a knock-on effect for the rest of the 18/19 season, as I was trying to play catch up with numbers.

In more normal years, the crop will be cut in the first or second week of August, affording staggered areas for the deer to appear on nightly to be counted and, if a young cull Fallow buck, shot. However, turned crop roots are not attractive to deer, with little if any spilt grain remaining on the field’s surface for them to hoover up. Most years I shoot 8 to 10 spikers, plus a couple of sorrels or poor older bucks; in 2018 I took just four! Assuming there were to be a similar number of deer to take as in previous years, I needed to work harder over the winter to make up numbers, as come September all fields were brown ploughed earth, and no Fallow is going to be out on that.

Another area attractive to deer is the shoot cover crop, there are seven strips on this Estate. I usually receive texts from the keeper about deer eating into it, but this wasn’t doing well, either. The maize was up, which was a small draw, but the wild bird mix was thin and low. This usually would attract some deer into the open, but night forays with a handheld thermal optic showed they didn’t find it was worth leaving the woods for.

Bring on the girls

Nothing much I could do but wait for the doe season in November, when I sit in various high seats and get a walker to gently move Fallow through the wood. The undergrowth is still too thick at this time of year, to stalk effectively on foot; November is the month I use the seats most, but it’s not easy to get a good clear shot and identifying the animals can be hard. Sometimes, all you see are swaying ferns and a glimpse of brown or grey as they pass by; not nearly enough information on which to squeeze the trigger. I eventually spent an additional six days over the already busy winter catching up on the cull numbers lost in summer.

I thought 2018 would be a one off, as I cannot remember when I last experienced such an early harvest, but this year the crops ripened very early too. Happily, for the farmer this time the yield was good, and all cut and away by the last week of July. Again, just a few areas of stubble remained, the best fields were ploughed in by the first week of August.

Adding to this, the cover crop and wild bird mix were changed from standard maize and conservation mix with wild flowers to a pheasant mix with mustard and buckwheat. This grew quickly to around 2m in height by mid-September, such that stalking across it was impossible, even from a portable high seat. I can see another winter playing catch up, with only one Fallow buck and two young Roe bucks so far taken by early October. It is so much less stressful when there are already 12 entries in the cull book by September, which this year will be 12% of the cull. I could then be concentrating on the does alone in November, as reducing their numbers is the only way of reducing the deer population. Bucks remain single bucks all their lives, but does reproduce, as do their female offspring!

No doubt these last two years were unusually hot, but with national and international environmental groups focusing us all firmly on climate change, I wouldn’t be surprised to see more early harvests. If this may be the case, I will have to turn my attention to the woods bordering my fields, which have various rides and paths through them, becoming stalkable over the winter as the undergrowth naturally dies back. Next summer, I shall pre-empt another possible early harvest by cutting back these long rides and installing high seats for August. This should enable me to take some young bucks in the woods.

The cleared rides will also allow me to stalk more on foot in the early part of the doe season, too, as the ferns in recent years take longer to die back without prolonged periods of early frost. I plan to hire a wheeled brush clearer for a day, twice a year, to open up a number of good locations. I’ve learned to start clearing at least 5 yards inside the wood, or dog walkers will inevitably find the trail and disrupt the work I will have done with their presence.

Here’s hoping for a good doe season with some early frosts and dry days! We shall see.