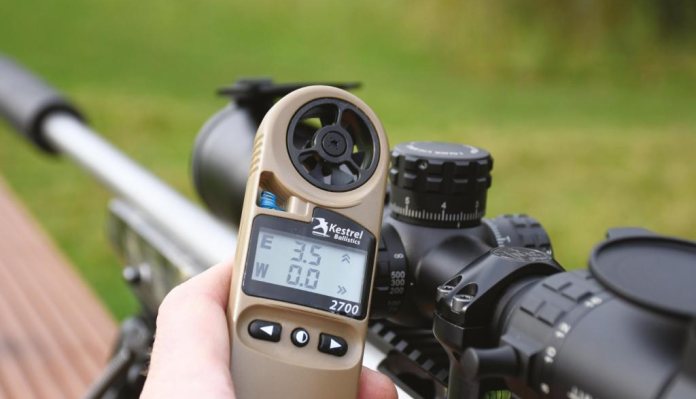 Last month I wrote about sighting in my Leica scope for greater distances. Given the bullet drop information by the manufacturer’s ballistic program, it was a case of proving that the data gave an accurate bullet strike in practice. Being a little old school, I must admit to having been rather reluctant in the past to move the scope settings off an accurate, known setting of an inch high at 100m, in case it didn’t track back after I had compensated for distance. When shooting deer further away, I had previously aimed off, say three inches high at 200m, and five at 250m, which had worked, but I didn’t feel confident at longer distances than this on live quarry. Coupled with this was the number of times I had an opportunity to shoot to 300m over the past 20+ years, which was not that many, so I passed up these infrequent shots and either got closer or usually left the deer for another day.

However, all went well at the range and I have confidence in the scope and its ability to accurately dial in for distance and back to a 100m zero again, having adjusted the scope’s elevation turret around the different target distances throughout the day at Orion Firearms Training in Mid Wales. There is nothing like time at the range to refine one’s shooting ability and gain confidence in the equipment to do what is asked of it.

At one point at the range, having shot at 100 and 200m with the .308, a 255m target was up next. I dialed 260m and fired, another hit in the centre of the gong vertically, but a little to the right due to wind, as happens. My spotter suggested that when I shot at the next target 333m away I aim about eight inches left. So, with 330m dialed in, I aimed off and got a hit at 6 O’clock. I adjusted the scope turret to 340m and was rewarded with a direct central hit, again with the wind allowance. I repeated this with my Leopold scoped 6.5x55, shooting the sleeker 130-grain Swift Scirocco bullets. The drop profile by Leica’s ballistic programme was good for this load, too, but with noticeably less allowance for wind necessary than with the 308’s 165-g rain Nosler Partitions.

My take home from the range was that dialing for various distances was no problem, but wind was another issue altogether. Of course, at distances of less than 200m, I normally shoot at, wind isn’t a big problem. At 125m we are talking of a 4cm (1.5”) drift in a 15mph, 3 or 9 O’clock side wind, described as a moderate breeze, which on a heart/lung shot will still result in a kill. Taking that same 15mph cross wind as an example at 250m, the bullet drop from a 100m zero with my 308 Partition load is 5.3 inches, easy to remember to compensate for due to the obvious distance. However, the wind takes the bullet eight inches off target, invisibly causing a real placement issue on a live deer (see image).

There is a lot of technical information behind all this, such as the Ballistic Coefficient (BC) of the bullet, its speed, and the actual direction of the wind relative to the shot direction. Personally, as a hunter, I’m more concerned with practicalities in the field; how much do I aim off for an accurate bullet strike? A little homework can give a good ballpark estimation of windage compensation when stalking, but one needs to know some information first.

The BC difference between my two chosen hunting bullets is great and I urge the reader to find out what theirs is with their loads. For example: 30” calibre, 165-grain, Nosler Partition, with a 0.410 BC in a 15mph wind, at 300m drifts off 15”. My 6.5mm calibre, 130-grain, Swift Scirocco, BC 0.571 with the same wind and range moves 10”. Suffice to say the Swifts are a sleek, boat tailed design, while the Partitions are dumpier, and flatter based. Both work admirably on deer, but the former has the latter well beaten in the wind.

At longer distances, the drift becomes more apparent, this time with just a 10mph wind at 3 O’clock, a gentle breeze on the Beaufort scale at 550m it’s like this: Partition 40”, Scirocco 26”. Both these bullets travel at the same speed from my rifles (2750 fps), so cutting out that variable shows how much their shape really matters. Knowing this information, the hunter can estimate and remember how much their bullet will drift in a gentle or stronger wind at various distances before entering the field.

At the range there are wind socks and of course wind measuring devices like the Kestrel weather meters that can be purchased to accurately assess its speed. The difference between many target shooters is the one who can allow for the wind the most accurately, the one that does so wins the most competitions.

In the field, things are a little different. It is difficult to know, as the hunter walks around their permission, where the wind is coming from exactly, from one minute to the next. It can bounce around off the local topography, so it could well be different 200m away from where the hunter is standing. When a shootable animal appears, the stalker often cannot wait for the wind to die down a little, as the target shooter can, before they must take a shot, or the deer may pass by.

The best the hunter can do is to try to shoot well within 200m if windy, and to apply some windage compensation to a chest shot. In these conditions, two to three inches of drift on a head or neck shot is just not ethical and should be passed up in favour of the larger chest area with more room for error. Final thoughts; practice shooting in and compensating for the wind, don’t push your range and don’t take chances. If you’re not confident, then get closer!