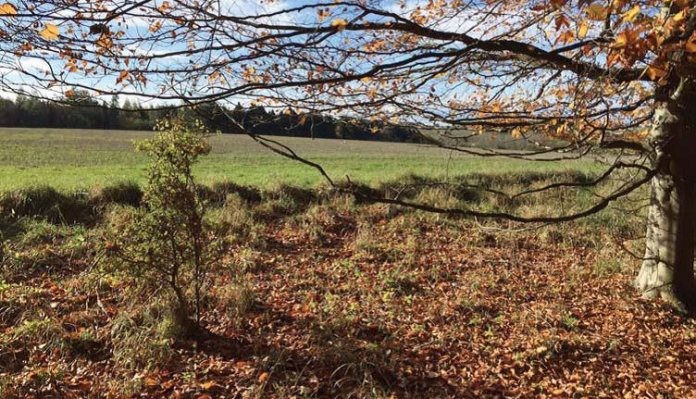 For many years I have been lucky enough to have extensive stalking in Berkshire. About 9-years ago, one of the Estates changed hands, the new owner didn’t want any stalking carried out until he had seen for himself the local situation. This was fair enough, and 3-years quickly passed. In the meantime, I carried on stalking the other adjoining estates.

I then got a call asking if I would resume on the suspended ground, the new owner could see the Fallow numbers were constantly way too high. This was early summer, so nothing much could be done until the doe season in November, which took the timespan to nearly 4-years. I discussed numbers and a plan with the owner and started back a week into the season, shooting a Roe doe in a remote wood, which was pushed forward by a walker. I saw a few other deer, but no shots were possible due either to lack of a backstop or the animal being between myself and the walker. All fairly standard stuff.

We moved location to another wood of mostly conifers, about 600m from the border of another Estate I was active on. It was slightly elevated at the southern end, giving a partial view of some fields, I would have been stalking in the past years. While the walker circled around a nearby copse, I entered the wood. Within 10m of slow progress, four Fallow stood up some 60m ahead. Shootable does, I was up with the sticks and on one quickly, which dropped on the spot.

The other does didn’t run, they stayed put, almost broadside on. I shot a second, then another. The fourth moved some 6 paces towards some more Fallow that had materialised, as they do, from seemingly nowhere. There was a clear shot between the tree trunks, so took this one, too.

Now out of rounds, I reloaded from the pouch of seven I had in a pocket. Looking ahead through binoculars, the other deer had retreated some 15m, but were still looking towards me, over the bodies of three of their comrades on the ground, one having run to my right and expired within sight 25m away.

I was a little unsure, if I’m honest, as to what I should do next. The four deer were clearly dead, but there were more to cull in front of me. I watched. Incredibly, the herd of about 18 advanced towards me a few steps, inquisitive. There was a shootable doe on the extreme left, so she received a neck shot. The doe next to her remained steady, so I shot her, too. At that, the deer finally turned and ran off.

Six Fallow within a few minutes, all within a few metres of each other. I was a little stunned. Approaching, I reloaded and checked all were dead. Looking out into the field, I could see the herd about 90m away, tightly packed but not restless. I checked them over through binoculars. They started to spread apart, but not move off. As the field rose a little beyond them, I crept towards the woods edge and put the sticks up for the rifle. Perhaps I could down a 7th?

A few were broadside on, but with one behind another, no shot was on for a quite a few seconds. Then the herd opened, one in the middle was isolated, so down she went with a heart shot. I waited, the deer still didn’t run! I had a clear shot at another doe, so took this one, too. She ran some 10m and fell. The remaining Fallow bounded off - but back into the wood! Reloading and walking into the field, I checked both deer. My 4x4 was back down the track some 80m away, so I returned, picked up some more rounds and called my walker who was wondering what all the shots were about! He said he would be with me in about 20 minutes to help with the carcasses.

Re-entering the wood, I wondered what had happened to the remainder of the herd. Unbelievably, they were some 40m in front, seemingly unwilling to leave the area! I really couldn’t understand this. Up went the rifle again, and down went two more deer; that was 10 dead. Seven ran into the field and stopped some 15m from the two already on the ground! Again, I went forward and checked the carcasses. Surely, this had to be the end of it. Putting some more rounds into the magazine, I turned towards the wood edge, to see the Fallow were still in the open field.

Now, 10 Fallow and a Roe earlier in the morning was enough for any stalker, but knowing there were some 25 in the cull plan, I thought why not?

I spread the sticks again just inside the wood and waited for the deer to part. Clearly more restless now, I had an opportunity at a quartering doe, who ran some 5m and went down. The small group remaining ran back into the wood, 30m away from me and stopped just inside, looking towards me! One younger doe turned just enough for a quartering shot, so that was 12 on the ground.

Finally, the last few turned and made off through the wood and didn’t return.

I honestly didn’t know whether to be pleased or not. This wasn’t sport, but I was there to control numbers, and had, in the space of 15 minutes culled half the season’s Fallow quota on that Estate.

Why had they not run after the first or perhaps second shot, like they should do? I can only think that they had become used to being safe in that wood for almost 4 years, an area where they were completely undisturbed close to where I had been stalking all along. But even so, mature Fallow don’t normally hang around like that!

I had never shot that many deer in one area like that before, or have done since. Possibly I’m getting soft and old, but I’m not sure if I want to, either. There again, I now always take extra rounds with me, just in case! My walker arrived as I was dragging the 3rd deer into the field. 13 wouldn’t fit into my fridge, so it was a direct run to the game dealer. I dressed all 12 Fallow there in the field, which took a while. We came back from the game dealer and then cleared the bagged offal, legs and heads separately. I only wish I had taken more pictures!