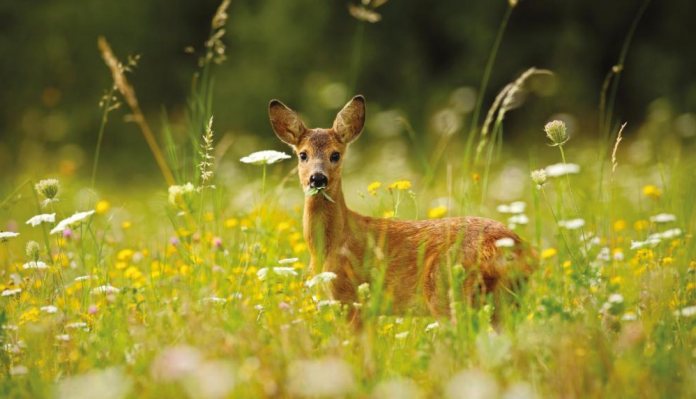 I used to cull around 50 roe a year across my adjoining Estates in Berkshire, going back 15 or 20 years. Mostly does and perhaps ten young bucks and poor four pointers. Gradually, this has declined such that 4 years ago we stopped shooting them after the New Year! Last year (May 16 to the end of April 17) I only took eight does, all before mid-December. This year (May 17 to end of Feb 18, so far) we had been struggling to see any roe at all, counting 23 across about 2900 acres, none shot. From culling 50 a year down to zero should be big news. Especially as in the last 3 years I’ve shot some 60 fallow each year and muntjac 22, 30 then 35 respectively. So, it’s just the one species that have all but disappeared, or was this just on my permissions?

I’ve spoken to a major game dealer in Hampshire who confirms the decline of roe through his plant. A stalker in Gloucestershire had the same story, as did another in North Somerset who is also heavily involved with deer RTAs. He tells me that roe involved in traffic accidents have virtually stopped! Dominic Griffith, the author and professional stalker, told me: “he believes that the decline in numbers in some localised areas is directly attributable to the extension of the doe season into March – roe are too easy to approach in March and thus easily over-exploited. “

This is a fair point and has some parallels with this discussion re over-exploitation. I’ve had conversations with officials in the BDS and the Deer Initiative who say the same - too long a doe season. Alternatively, there is a popular argument that Fallow and Muntjac are squeezing them out in the middle. Fallow can browse from the ground to a higher level than Roe can reach, while Muntjac, breeding all year round, multiply rapidly and hoover up at ground level. But this argument only holds water if Roe are displaced elsewhere, and they don’t seem to be in larger numbers in other parts of the country.

There has been a huge rise in the numbers of people coming into stalking through the various DSC level 1 courses available around the country. Government figures* show in 2007/08 there were 128,528 FACs in England and Wales. In 2016/17 there were 154,958, a rise of 26,430 licenses. Perhaps 50% of these were for target shooters, I don’t know. But allowing this estimate, that is an increase of some 13,000 FACs over 9 years for hunters.

On the one hand, this is a good thing, giving a stronger voice to the shooting community in general. Sheer weight of numbers counts at the ballot box and politicians well know this. Add in the equipment being sold by the trade, the benefits to country Estates, pubs and hotels and nobody is going to argue it’s bad!

But many would-be stalkers do not get much past the level 1, going on occasional accompanied stalks or perhaps able to take a few deer on a small patch of ground they have on their certificate. Most will stay novices, maybe taking 2 - 4 a year, which is not meant to be disparaging. So, what has this got to do with declining Roe numbers?

Looking at the recently released BDS deer survey, it’s clear that Roe are by far the most widely dispersed species in the UK, appearing almost across the entire country. It doesn’t do numbers, however, just 10km blocks where deer are sighted and confirmed or not from previous surveys. It follows that a new stalker with a little land on their certificate would no doubt have some Roe on their patch, with perhaps some other species, too.

I’m speculating here only a little, but after the excitement of the DSC 1 course, range days and ultimately purchasing a rifle, there must be a strong temptation to go out and hunt. Put the countrywide distribution of Roe and keen novices (13,000 of them?) together and you will see a lot of dead bodies.

Why roe? Bluntly, they are easy to shoot, are a good size, and in summer have prized antlers. They average 30 - 36 lbs (dressed in the skin) as a good middling weight, so easy to handle and butchered into joints for the home freezer or passed/sold to a 3rd party. A Fallow, Sika or Red is a daunting task for a novice, 75lbs plus field dressed for a fallow - a haunch is a big piece of meat and needs to be broken down further for most ovens! Not to mention logistics, any of these larger species are not so easily transported and hung in a garage.

Muntjac are plentiful in certain parts of the country but are not particularly easy to shoot in the summer with undergrowth and long grass hiding them. Also, they are quite active and hardly pause if disturbed.

Meanwhile, Roe will frequently stand in a field looking towards me as I approach. If I shoot a doe, the younger ones either bound off to the field edge and stop, often for a long enough for another shot, or they can actually return looking for the fallen deer, given 10 minutes. The few bucks I’ve seen in the last couple of years are almost suicidal in their reluctance to flee human approach.

There are accompanied stalks with professionals of course, but two people approaching Fallow or Sika with the inevitable noise and physical outline reduces the level of success with these wary species. Roe are the ideal target for the hunter new to stalking, and there are lots of novices around, given the number of DSC1 courses advertised in the press and FACs granted. Beyond that, virtually every field and coppice are now stalked countrywide; land owners know they can extract a good income from would-be stalkers short of land. There is no place for roe to hide, unlike 10 or 15 years ago.

Add to this thermal imagers. Deer are easy to spot with one of these hand-held devices, requiring no skill to see deer many fields away or partly hidden nearby in cover. Sure, you still need to approach them close enough to take a shot, but much field craft can be bypassed with a TI! I’ve written before that my own, mostly Fallow, cull is achieved with fewer days stalking with an imager; I can simply cover more ground in a day with one.

I’ve spoken with a Game Management company in Scotland, holding stalking and culling rights across huge areas. They have banned thermal imagers for recreational stalkers (as opposed to culling) and tell me that other agents have also done so in their respective areas. It seems stalking in Scotland is, in places, more tightly controlled than down South, where each land owner or stalker has a much smaller parcel of land, independently working their own patch without being aware of the larger picture. Poaching and thermal imaging scopes go hand in hand, taking many deer without a giveaway lamp, but until the restaurant, pub or butcher must buy from a licensed, traceable source, nothing will change on that front.

So there, I believe, is the perfect storm for Roe! Since 2007 a longer season, many more stalkers covering more ground and technology that finds deer easily. It will be interesting to see if my Roe numbers can ever climb back. I’m not optimistic for them in the UK, if my experience and others’ anecdotal evidence becomes countrywide, unfortunately.

Perhaps, as many suggest, we will then need to shorten the roe doe season by a month to pre-2007 dates. Maybe further and ban thermal imagers for recreational deerstalking. But really, nobody knows the number of deer in England and Wales, let alone how many are shot. It seems to me that, in increasing areas, over-shooting is becoming more apparent because there are fewer over-populated areas to infill the voids.