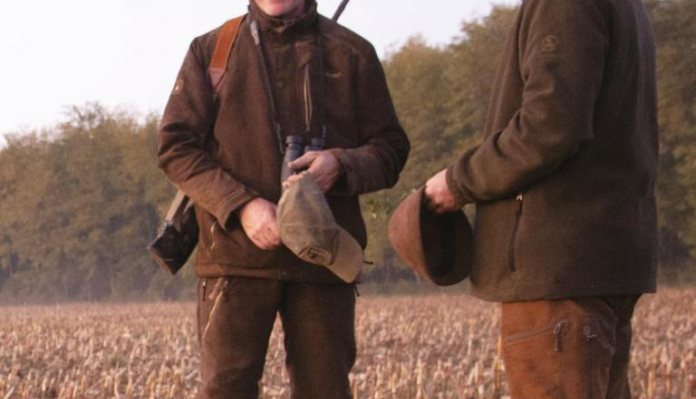 Being allowed to kill a big Red Deer stag is something very special. Unfortunately, sometimes the possibility is not easily achieved, due to any number of reasons: times and dates don’t work out due to prior engagements, the lack of a suitable animal, or the age-old issue of the cost.

If there is a lack of budget, the time after the rut is a good opportunity for many as any.

The Red Deer are still everywhere, so many sturdy animals can provide the appropriate opportunities for hunting, or simply viewing this magnificent species, if there are none of the big boys around.

After leaving behind this year’s rutting, at least visually and acoustically, I began hunting for deer. I was ready with my rifle; a Savage High Country chambered in 6.5 Creedmoor, in this case I was using Hornady’s SuperFormance loading. We went out in the first hunting light in the hope of a weak philistine. As we walked and looked, I came across smaller groups of deer and also heard the roaring of rutting stags, which in the early morning mist gave me goose bumps. However, these sounds were never matched to the animals that made them. It was not that we did not see any deer, on the contrary!

Numerous younger animals came in sight, but the selective culling of recent years has become clearly visible. For example; spikers, strong in venison, but with straight or tine-less antlers. However, calves were definitely part of the plan, but given the good condition of these animals, a weak one was hard to find and we took our time to make the right choice. In this area, there is no night hunting, so we could only stalk up to the last shootable light. Personally, I much prefer the daylight, as it makes things much easier.

The next morning, we walked along the edge of a corn field. A part of it had already been harvested and the day before we saw numerous deer footprints. After only a few meters of stalking, we heard a loud splash from the edge of the corn field. Carefully we moved towards it, with the wind fortuitously in our faces. That could only be a big puddle of water well covered by the still remaining corn, we put one foot in front of the other in slow motion to make no noise on our approach.

Getting closer to get a better idea of what we were up against, we heard a familiar, loud grunt and smacking and realised it was a wild boar, a young sow in fact and prepared ourselves for some fast shooting. It was maybe five yards away from her until we had a clear view of her as she wallowed in the mud, seeming to be enjoying herself. I had wound down the magnification on my Bushnell scope to its minimum 2x magnification, but it was still going to be an awkward shot. I sighted and fired, and she took off into the corn and disappeared. I thought I’d hit her in the right place, so with luck she was already lying dead not so far away; with luck!

“Maybe there are more, let’s wait a moment to see if anything else comes out,” my hunting friend, who accompanied me, advised me, and in the past he was usually right. In less than five minutes five young more youngsters came out of the corn. The distance was about 80 meters and it was going to be a standing shot only. Every hunter knows the moment when the gunshot breaks the silence and so it was this morning. The first one dropped and I reloaded quickly as my friend said, “take one more!”. I was on it and shot again, but it ran, pigs are tough animals even with a bullet in the right place. I turned to my friend and he said, “two good shots”, so I guess I must have connected with the runner well too. He continued; “ let’s wait a moment before we go.”

Certainly, this is not the rule, but in the hunt for sows nothing is impossible. I quietly topped up my rifle’s magazine with two cartridges and we waited for what they call in the German Army the length of a cigarette (3-5 minutes). We decided to follow up on the remaining pigs too; a good call, as we sighted a third, shot and it too ran on. Now it was time for another cigarette, which served not only to bridge the time but to relieve the nervousness.

Three pigs on a stalk within a few minutes is definitely a special moment.

Moving carefully into the corn, we searched around for any signs and soon found blood. It was easy to follow this red track, as on the maize stalks and ground were numerous splashes and after a few meters we found the first dead sow, a good heart shot had ended the chase in a short distance. the Hornady 6.5 Creedmoor had worked well! Together we pulled her out of the corn and went in search of the last one. Again, there was a lot of blood on the stubble and after 25 meters we finally found the third and could lay her down. What a morning! Actually, it should have been an extensive woodland stalk on Red Deer, instead it turned into an exciting and successful boar hunt, with three in the bag.

The following evening was unsuccessful and the next morning, we tried another location in the forest with no result. Walking back, suddenly an old Hind with a calf emerged. That was the opportunity. I dropped the rifle onto my tripod and tracked the calf. Breathing slowly, my finger searched for the trigger when I heard a whispered “deer!”

A quick glance to the side was enough and I saw what was meant. A stag with some slim antlers, but a good enough specimen none the less, probably about four years old, made his way towards the Hind and calf, doubtless with mating on his mind for the old girl. The decision was immediately clear. That must be it! Now it had to be fast, because he would presumably press the old animal and thus both chances would be gone.

A short swing of the rifle was enough, and the bullet was out. We saw clearly how the deer took the shot and then started his death run. Through a deep muddy ditch, he jumped towards the thicket. Another shot was not required, because we saw him already on the ground dead. He’d gone no more than about 40 meters. Everything had come together well, with more instinctive shooting than over-thinking it. I stopped for a moment to enjoy the moment of silence, while my hunting friend went for his 4x4 and came back to pick up the body. With the help of a winch, we pulled the stag onto the truck and headed for the chiller.

“If you want, we can try for another one tomorrow”, my friend said? I was on a roll, so decided to let my run of luck play out, good or bad. Our last stalk went like this and anyone who sees the pictures knows what’s coming. Hardly had we started when we came across an abnormal looking deer standing in some low undergrowth in a forest clearing, his antlers were just mere stumps, a most unusual trophy indeed.

Unfortunately, however, this bald game was the first problem. Again, and again, old animals, calves or Hinds pushed in front of him and thus prevented a decent shot. Leisurely, they moved away and we had no choice but to follow this small pack. Constantly examining the wind, we took advantage of its direction and kept, far enough from them and hoped not to be discovered. Unfortunately, that was not so easy, because while the game in front of us jumped over ditches, we had to blunder through them.

It came as it had to come; as soon as we reached the edge of the forest, the pack pulled back into the trees, maybe it had heard us and therefore sought that protection. We had one last chance; wait and hope they crossed the way ahead. The magnification turned down again I waited for exactly this moment. In fact, the lead animal took exactly the presumed direction and the pack followed an older Hind. Bit by bit they crossed and last was the deer. Totally unbothered, he moved in front of us 40 meters away and offered a broadside shot.

For the last time on this trip the rifle barked and brought us our final quarry. Not a strong animal, but an exciting experience and an interesting trophy that will be remembered. You do not always have as much luck on a hunt as in that week, but sometimes the gods smile down.