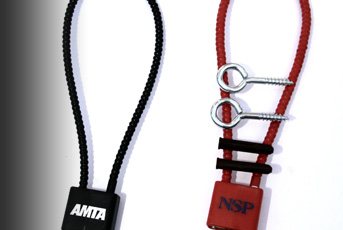 With the implementation of the ‘2010 Crime and Security Act’, came many misleading news items from certain shooting publications who should have known better. Quite frankly I was surprised at this red top, tabloid-like shock-tactic reporting on what is a very important subject. Then again, those magazines and periodicals don’t often, if ever, feature airgun-related articles.

So stop panicking, you don’t by law ‘need’ a metal gun cabinet, but you do need to know this very important legal requirement: “It is an offence for a person in possession of an air weapon to fail to take reasonable precautions to prevent any person under the age of eighteen from having access to the weapon for potential misuse.” That alone I feel caused the confusion and a noticeable drop in the sale of airguns (air pistols are included), not forgetting those who rushed out and bought gun cabinets.

Before this while safe storage was being looked into, the Airgun Manufacturing and Trade Association (AMTA) realised we could experience a knee jerk reaction of shock from the law-abiding air rifle owning public. They wisely and voluntarily agreed to provide security locks (of a generally accepted design and standard) that met with the authorities satisfaction. These are included with all new airguns sold in the UK. A very sensible initiative on their part and was known as – Lock Time.

While welcomed by many, equally how many didn’t know of it? Air Arms had already been supplying these types of locks with their rifles for quite some time and even included comprehensive fitting instructions, 2X wall fixing/securing points plus suitable rawl plugs. However, they are the most basic, especially if the ‘coated metal’ cable is passed through the trigger guard as if someone finds and wants it, bolt cutters sort the cable, alternatively a screwdriver can lever some wall fixtures out of the wall – no this isn’t a scallies guide to thievery!

What I’m illustrating is it isn’t that simple, even though nothing radical has changed for most sensible airgunners already storing their rifles in compliance with the ‘guidelines’ as stated in the free HO leaflet - available from your local police station or home office website. What should be taken seriously is the police will now enforce the use stated in the guidelines with much more vigilance. This has arisen due to accidents occurring when air rifles and ammo have fallen into wrong or inquisitive naive young hands. The term is ‘take reasonable precautions.’ In other words, don’t leave your airgun uncovered lying around in plain view or where little Johnnie can ‘play’ with it when you’re out, or a burglar can easily find and carry it away. Everybody’s situation will be different, one reason there are various different options to suit your particular, legally-required level of security. Incidentally, another factor to take into consideration is ammo (pellets) should be stored separately from the airgun and preferable locked away. A little lock safe, strongbox or filing cabinet will suffice!

Trigger locks are the minimum level of security, as they only render the rifle inoperable. Generally made of toughened steel, they come in two parts, use rubber panels to prevent scratching the rifle and fit easily through the trigger guard. Here they mate and lock in place by a ratchet spindle. They can be either a key or combination lock design. Use these if you do have a room or place in the house that is inaccessible to anybody but you. Always err on the side of caution though and if possible have a lock fitted to the access points to that room or space.

Best used with some form of cable lock as the airgun is always more safe attached to a ‘permanent’ fixture in the home. Many companies supply high quality trigger and cable locks such as Napier, Jack Pyke, Hoppes and specialist Firearm Security Company – F.S.C. The latter I feel being amongst the best on the market and are HO-approved. I highly recommend F.S.C. not only due to the quality of their designs, but also because they can provide bespoke security cable systems and locks to your requirements.

The Universal Fire Arm Security Cable comes in the two regular formats (key or combination lock) with an integral 4ft length of high tensile, flexible steel cable. The clear sleeved cable has a pre-formed loop at the ‘free’ end to be tethered around or attached to a fixed point. This serves a treble-duty of allowing your rifle to be displayed (if done correctly), plus disabled to fire and non-removable. Another plus point is it can be used for rifles transported in vehicles as long as you use a suitable gunbag. The combi-lock has a three digit combination you can change as required; the other has a high quality key lock with 2X keys.

The Protector 1 Secure Rifle Slip & Napier Cable Lock uses a similar principle but with the addition of a 50” X 9” gun slip, handy used on its own when required. If your air rifle fits the fleece-lined slip, it’s ideal for home as well as car. A two-part locking hasp fits through a leather-lined slit opening on the side. Sold separately, Napier’s own synthetic-covered, heavy-duty, flexible metal cable lock (approximately 100” in length), can be passed through the loop of the hasp and secured around a fixed feature or secure point, then clips into the side of its own integral lock. It comes with 2X keys and the main lock (like FSC’s) are amongst the hardest to drill, cut or destroy.

Last but not least - the Nor Lyx Wall Mount, designed for gunshop display and collectors, but it can be mounted on a wall out of sight, such as in a locked room or in a locked display cabinet.

As well as producing firearm gun cabinets, Buffalo River offer dedicated Airgun Cabinets. Even so, if the options detailed don’t solve your requirements, then a police-approved gun cabinet it is. Not only the optimum way of safe storage but you could well eventually want an FAC air rifle or live round firearm, in which case you will need one…