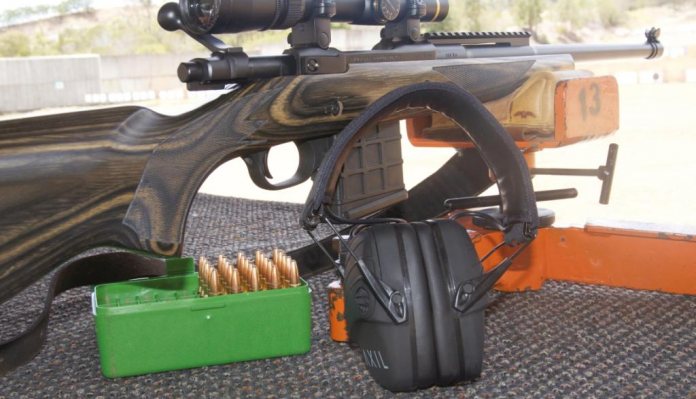 Australian Gun laws are often touted as the model to follow, especially by those keen to increase regulation. Conversely, they are also the target of criticism, both here and abroad by those not interesting in tighter restriction. How did Australia come by these laws and are they as great, or bad as we would be led to believe?

Historically, gun ownership in Australia, that is long arm ownership, was common place. It was not uncommon for a house to have a rifle, either owned by the member of the household, or left by a relative, usually the grandparents. Its usage may have been for the collection of food, or it may simply have been a sporting rifle or gun; and quite possibly in a number of cases, both.

The laws governing their ownership were inconsequential, licencing and registration was different across the country. Firearms were carried for sale by any number of retailers, including the big chain stores, as part of their sporting equipment departments. Most kids dreamed of owning an air rifle, and plenty did while target sports and the Military cadet system ensured any number of young people had a grounding in gun use and safety.

This all changed in 1996 after Port Arthur. A massacre of truly horrific proportions, gun laws changed almost overnight, hard driven by a New Prime Minster who was a vocal anti-gun advocate. In simple terms, the Commonwealth, that is the Federal Government of Australia, enacted the National Firearms Agreement and, as is the system of Government in my country, left it to the individual States to enact and enforce.

A key pillar of the change was the buy back. This bit of legislation saw many hundreds of thousands of guns turned in to the various State police. For many, it was just easier to hand their guns in, than comply with the new licencing regime and gun ownership fell through the floor. However, the change also brought with it a new attitude towards guns, and their owners, and recounting personal experience, it wasn’t pleasant!

Gun owners bore the brunt of the new negative attitude. We were easy targets; guilt by association, that is linking legal, and lawful ownership with the actions of armed criminals became the order of the day. As owners, we had no voice and little chance of mounting an effective defence against criticism once Port Arthur was thrown into the debate. I see parallels here with your Dunblane shootings.

For several years, we collectively and individually kept our heads down. However, nothing happened that few people at the time realised. The legislative outcomes of 1996 made what was a traditionally non-political activity something people, on both sides of the political spectrum began talking about.

The politicisation of gun ownership is, in essence, a textbook example of the concept of unintended consequence. What I mean by this, is that while new laws certainly imposed greater restriction on ownership, politicisation created a number of outcomes that were never really considered back in 1996.

As with so many things regarding gun laws and regulation in Australia, individual States can apply their own interpretation and specific rulings. Therefore, as a general principle, the following gives some idea of the types of firearms available and how they are categorised.

In essence, all firearms are available to the shooter, if they meet the licencing requirements. However, in reality, the vast majority of sporting shooters own Category A and B firearms, and to a lesser extent Category H firearm.

Category H applies to those wanting to pursue pistol shooting sports. Sporting pistol shooters have further licencing requirements on top of the standard A and B category requirements, including more stringent storage, initial calibre limitations and a minimum mandatory yearly requirement to attend and shoot in several recognised competitions.

Categories C, D are generally only attainable for those with professional pest control requirements and certain rural land holders. Category R are the most difficult to access and maintain continuing access.

A silencer or other device or contrivance made or used, or capable of being used, or intended to be used, for reducing the sound caused by discharging a firearm.

Make something political and you create, almost by necessity, a state of ‘for’ or ‘against’. In the Australian context, it started with the against, however little by little the for has gained momentum. So much so, that Australia has a Shooters political party. Regarded as a minor party, it holds neither Senate, nor House of Representative positions in several State parliaments across Australia. Its representative fortunes are most certainly political, and it faces the same challenges at any minor party faces during election time. However, it exists and represents shooters, and 2019 may prove to be a very good election year.

While there has been a general decrease in ownership since 1996, that does not mean there are less guns. Statistically, it is assumed, based on pre and post 1996 records, that about the same number are lawfully owned in Australia now as before 1996, if by in real terms less people. The thing is, this trend is not absolute. Interest in gun ownership, new licence applications, and consequently new purchases have been increasing in recent years.

As part of the new, much tougher gun laws, prospective gun owners were required to provide a reason for ownership. As things happen, the default reason was, and continues to be membership of an accredited shooting or hunting club. Consequently, gun club membership exploded. Clubs that, up until the 1996, struggled for members, have now in many instances too many. Club expansion is a reality and, as clubs are registered sporting entities, they apply for Government funding. They also actively engage with their represented members of parliament and, in many cases, are now big business.

While there are a number of clubs in Australia, the biggest, a National organisation, boasts a membership closing in on 200,000. It provides access to rifle, handgun and shotgun ranges, has a stable of shooting and hunting publications, and provides member insurance along with other benefits.

My own club has 11,000 members and offers several different shooting discipline ranges, operates 7 days a week and often well into the evening. It is also currently battling, in the media, to remodel its shotgun facility to Commonwealth Games standard. As you would expect, such a large membership base cannot help but put shooting sports on the map. So much so, it is often touted that the shooting sports is one of the fastest growing sports, especially amongst women. So, while it may be argued that the media dictate the popularity of a sport it seems not everyone is listening.

There is most definitely a pro-gun lobby in Australia. While not as highly structured, and functional, as the US model, it has a political, commercial, and grass roots components that promotes, defends and advocates for gun ownership. It is by no means a homogeneous entity, and at times conflicts with itself, as much as those without. This is especially true in the political realm, where a number of minor parties actively seek to attract the pro-gun vote.

Further this lobby is supported in part by the various sporting club associated with gun ownership. However, again this support is by no means unconditional, as clubs themselves compete for members, for representation and, ultimately, for relevance.

Another interesting component of the pro-gun story in Australia is the rise of the activist. Benefitted, in part, by technology and social media, many Australians have taken it upon themselves to speak up in defence of gun ownership. While the effectiveness of this activism is difficult to measure, it certainly provides a voice for many.

In conclusion, gun ownership in Australia is for better, or worse, political. The sum of which is the replacement of an apolitical tradition, with one that sees many gun owners wary of those who would threaten continuing ownership. For the individual, this wariness may mean that they treat their personal gun ownership as a well-kept secret. For others, it is expre