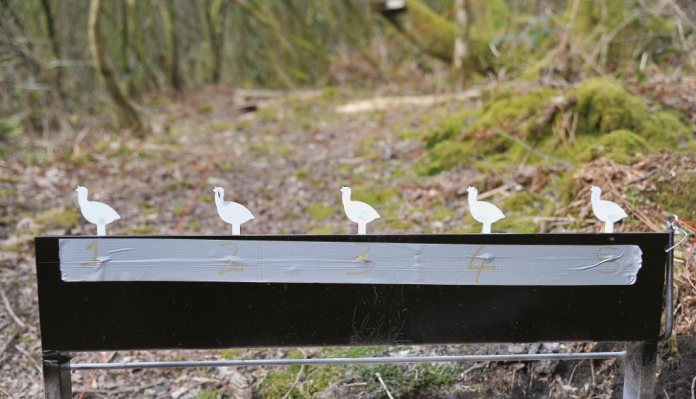 The NEFTA Classic is one of the season’s favourite competitions for many shooters, or was? With just over a month to go, entries are down on previous years, with just over 70 people signing up; normally, the final figure is usually well over 100! Given that there is usually an excellent array of prizes from various sponsors and all shooters get a commemorative mug, it’s something of a surprise the lack of enthusiasm shown by dedicated Field Target competitors.

So, what is the problem in this, the competition’s 29th year? Personally, I think it’s the packed summer shooting schedule, which starts with the double header BFTA Championship and inter regional team competition on April 6th and 7th. This is followed by the first of the BFTA GP series on April 28th, just a week before the Classic. As it happens, GP1 entries are also well down, so it could just be that the days of travelling the nation are over for some shooters, or it could just be GP1 venue is not as popular now due to its history! Throw in some regional summer competitions in between and it’s too much time on the road at the start of the season perhaps?

Of course, it could be the ‘silly’ standing rule! The Classic is a great weekend of shooting, if not a little hectic! Saturday sees shooters taking part in a 40-shot FT competition and then a 40-shot silhouette event, which of course is all standing, repeat for Sunday. Does the thought of 40 silhouette standing shots in the ‘Shed of Doom’ put shooters off? Probably, but it shouldn’t.

I don’t take the silhouettes too seriously, it’s just a side shoot to the main FT event for me. However, I have been practising over the winter in an attempt to achieve some credit in my score. The classic rules on silhouette shooting differs from the norm in a couple of major ways. You’re not allowed to use a bespoke shooting (gimp) jacket, the stiff canvas and leather style which the vast majority of shooters use in FT all year. This is a big change for many, but as I dumped my gimp coat about a year ago it doesn’t affect me!

The second major difference is that while the silhouettes are normally four racks of five targets shot once, in the classic they are shot twice, so 40 standing shots all shot to a strict time schedule. The first five are taken within the allotted 150 seconds followed by a short break, then the second five shots. Plenty of time and this year I am taking a fold up chair to sit on between the racks, save standing all the time!

40 standing shots is a lot and some shooters have a dedicated gun, which is usually a lightweight set up. I don’t, my gun is heavy and while shooting 20 silhouettes is not too bad, 40 takes its toll. I have spent as much time as I could practising the racks, 40-shot at a time, some days I have done 120-shots. All to no avail! My best is 34 out of 40, but in truth I have only achieved a score of 30 plus a couple of times. My average is around 26 ex 40. This year’s goal is to hit a row of 5 pigs (set at 30 yards) and a row of 5 chickens (set at 20 yards.) This allows the shooter to purchase a pin badge, a medal of honour! I already have the harder to get Turkeys (36 yards) and rams (45 yards). So, if I finish my five pin badge collection, I can then think about a complete rack of 10, think? OK, dream on!

Who are the front runners for the Racks? My tip is Ian Taylor, that’s him cursed. Which means Neil Hague will be a strong contender. But watch out for James Head and international shooter Juan Sanchez, Juan practises Silhouettes all winter in Spain and has an average of 38, but that’s practice, competition in the big shed is another thing?

The FT side of things is to more traditional BFTA rules, so only four standing shots, thank God! This is the part of the competition I hope to do well in, although I don’t have a great track record. I think that’s mainly due to the hectic schedule of the weekend, but this year I have a plan! Spend less time with the camera rushing around between the FT and Silhouette competitions, and better travelling schedule to make sure I get some decent sleep on the Friday night. That should give me a better chance of being fresh for the FT course? Who do I have to beat? Lots! Last year’s top shot Doz Falconer for one, plus fellow Welsh shooter Mark ‘Betty’ Basset of course. A Welsh 1-2-3? Be good practise for the Worlds!