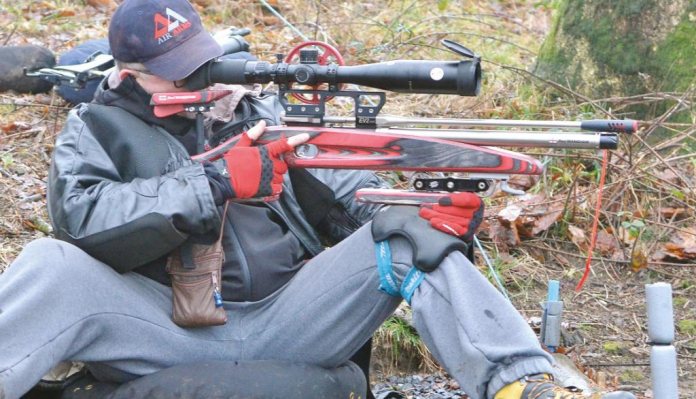 So, it’s March, and the warm summer season is hopefully not that far away; unlike some of our shooting grounds! Doing the BFTA National Grand Prix series takes quite some effort, time and plenty of mileage. There is a hard core who do all rounds, racking up hundreds if not thousands of miles between April and September, although that is the minority. It’s got to the stage for me when some of the venues are simply not worth the effort to travel to. We all have our reasons for not going to certain grounds, ranging from said mileage, the parking or the forecast, too windy! None of them personally bother me, as long as when I get there, it’s a well thought out course of varied targets that keeps you thinking! Sadly, more and more grounds don’t tick that box for me!

2019 will see a break with the established avoidance of GP dates, as we now have the NEFTA region clashing with four of the nine GP weekends, as they host their summer league shoots! Personally, I think this is a wrong move, as it now opens the door for other regions to clash and given the choice, some shooters will stay local. Time will tell how it effects the GP series?

Date clash or not, it’s the FT course that attracts me. I can’t say I have a favourite ground; if I did have to name one, it would be my own ground (Oaktree) probably as the course changes so much and its well thought out, always keeping you on your toes. Dowry Hill in the Midlands is my favourite ground outside of Wales, and if I went around the BFTA regions it would be in no particular order, Anston (NEFTA), East Devon (SWEFTA), ETL (SEFTA), The Dib (NWFTA), Newbury (CSFTA), and Sywell (FFTA).

Format is another choice that dictates people’s reasons for enjoying a shoot, plus of course a high score! I know one of the popular formats is the BFTA Masters, consisting of two 30 shot courses, so 60 shots over a single day with a nice break for lunch! For the 2018 Oaktree 60 Open kindly sponsored by ‘Knock Back Targets’, I adopted this format. The first course, Yellow, was not set too long, and really it was only the standers and kneelers that were set to test shooters in the very light breeze. The four standers were 30, 31, 43 and 44 yards!

Scores for many were high, as I anticipated, but Doz Falconer set the pace with just two misses, one of which was a long stander! It was great to shoot with one of my part time apprentice shooters. Josh Vaughn had made the trip down from Oxford and was also on for a ‘2’ until his last target, where he got talked out of the kill….by me! The old master has not shown you all his tricks yet! Just as well, as I had something of a mare on the easy Yellow course, missing eight targets, mostly due to a bad back!

Once the shooters and been fed and watered, with thanks by Oaktree member ‘Chef’ Tosh Crocker, it was onto the slightly longer and thus harder White course. To balance things up, I set the standers and kneelers at shorter ranges for the White course; however, that did not stop one past winner of the Open 60 missing the 13 yard 40mm kill Stander! Thankfully it wasn’t me, and after lunch and Ibuprofen, I was now back to near normal, with a respectable score of 26 ex 30. Too little too late however, as Doz was once again aiming his Air Arms FTP in all the right places, again only missing 2 of the 30 targets, both off the bag shots under 50 yards, but now in slightly stronger wind! Mark Basset continued his excellent 2018 form with runner up spot (where he rightfully belongs!) Midland’s visitor Mark Henson, together with Jack Harris, who had dusted off the cobwebs for his first competition since September, tied for joint third, with last year’s winner, Richard Beaugie.

Special mention goes to this year’s sponsor, Peter from Knock Back Targets. A superb selection of targets is available from stand-alone re-setters to the traditional and not so traditional string re-setting FT/ HFT style target. They are all made from top quality steel and at very affordable prices. Indeed, new for 2019 is a superb St. George and the Dragon pair and we will be having a special custom designed ‘Oaktree’ target with of course ‘Acorn’ targets made to order, with thanks to Tony Fouracres for the excellent design work. A great raffle at the end of the day then, as the first dozen winners picked up a target of one design or another! So, if you need quality targets, give Knock Back Targets a call on