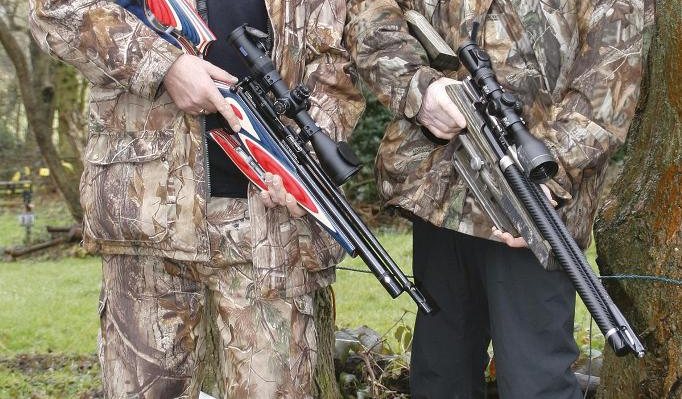 I ended last season on a high, with my best score in a national shoot, using my old faithful Air Arms S400. That reminded me that that little favourite can still be super competitive at the highest level; and that if nothing else takes my fancy in the interim, then this gun has to remain my ‘go-to’ option. Letting great guns go over the years, is something many of us regret, and I’ve stupidly parted with a few ‘world class’ outfits myself; including an amazingly simple, yet blisteringly accurate Daystate Huntsman FTR, and a fantastic Air Arms 100 Series that Dave Welham had set up, including his pellet specific pellet probe. Oh God, when I think! But I’ve already decided that this particular S400 must never be traded in, as it remains a devastatingly accurate gun that has never let me down through a technical issue. Balance is spot-on with my custom counterweights, and the prototype Airmasters trigger mod has proved itself time and again.

So, what are my thought processes of late going forward? Well, I’ve acquired an Impact GSX600, which shoots particularly well. That has given me a few sleepless nights, wondering if I should give that an outing. Then there’s the HFT500 that I have been playing with for some time. I reckon that has the potential to become my number one gun, but it’s a project which is on-going for the moment. As I mentioned a while back, I’ve switched the laminate furniture for a customised factory Air Arms sporter stock, and this feels great. It has a quality, super-accurate barrel as standard, which is why it’s worth experimenting with in the first place. But I’m making changes in other areas, and until I’m happy with those, I won’t be using it in anger. So that means the standard S400 keeps its place for now, as my number one competition rig.

Well, some interesting developments this month. News in from Ian Bainbridge at the HFT Masters organisation is that they have now set up their own World Hunter Field Target Organisation, the WHFTO, and with 12 countries already signed up; they look to be taken seriously. Each country involved will apparently have a say on the committee, and the idea is to run a European and a World championship, but each one to be run every two years, alternating with the other; in much the same way as football’s European Championship switches with the World Cup. All sounds exciting, but it does of course mean that Hunter Field Target as a sport now finds itself in the curious position of having two world organisations, with rival championships. We’ve had that in the world of boxing of course, where fighters have often held the belts of the two organisations, but it does feel rather strange.

I for one wish Ian and the HFT Masters organisation every success with their plans, but I think long term, it has to be in the interests of the sport in general, that the two rival organisations sit round a table and arrive at some way of working together. I’m sure it will come, and it will be a lot less confusing for all of us.

By the time you’re reading this article, we will have not long navigated the nervy waters of April, and the opening of the HFT season proper. The HFT Masters round at Cambridge, a nice central location for many in the UK acted as the opener, and this event attracts several shots from my club, who don’t incidentally, shoot many nationals, but appreciate the club’s easy access and terrific, varied venue. This was the shoot where, come out with all guns blazing, and you may have peaked too early. Try and be too experimental, with new kit and pellets, and you ran the risk of denting confidence at a critical time, just before the biggest date in our calendar. It all adds to the tension and fun that is HFT.

Publishing dates mean I’m unable to report from the World HFT Championships, staged at the lovely Kelmarsh Hall, just one week later! But I’ll have all the results in good time.

In addition, details of HFT Masters events can be seen at www.hftmasters.com and www.whfto.com