HFT Diary - The Big One 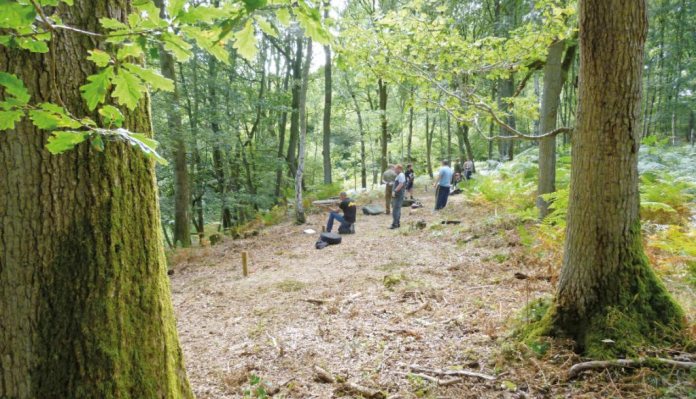 Well, there we go again; another year zaps by, and another Gathering passes. This is the end of season event for HFT, that sees 80 shooters, (who have all qualified to get there from the National Series through the year) battle it out for the spoils. Come in the top eight or nine shooters at any of the nine national rounds, and you earn a place at this end of season jamboree.

Furnace Mill played host, and this venue is not only very well appointed, with its own clubhouse, canteen and shop, but it’s also a beautiful place to be. Pull into their road on the high ridge, and you are met with the sight of a series of fishing lakes, dropping away to the right. Carry on through, and we have a rolling expanse of superb woodland to play with, and a regular standard of target course, expertly laid out, to test experienced and novice shooters alike.

Historically often spoilt by grizzly weather, this year’s event actually passed off almost untouched! Flooding all around for the preceding couple of weeks, had set the tone, and posted pictures of ‘lakes’ to by-passed en route, built up expectation of a soggy affair. Yet come the day, and the heavens looked kindly upon us, with rain only starting the second we had actually finished shooting; despite an apparent deluge throughout the morning just a few miles up the road! Even the leafy ground wasn’t that soft and mushy, so a minor miracle and a jolly nice morning it was too.

Hunter Field Target operates the ‘Shotgun Start’ system, whereby everyone starts around the course at the same time, but on different lanes. Shooters work through in groups of three, and you marshal for each other, and mark each other’s cards, unless there’s suddenly a discrepancy. Our group started halfway round and, as we navigated the targets, I was aware that I had a highly respectable card, having missed just one! Arriving at target one, with the first half completed, saw us then start shooting at targets over the stream that was moving through the wood. All very picturesque, but a couple of glaring range misjudgements, and I was set floundering …...and unravelling. Yes, there were some targets effectively downhill, but no extreme angles, and seemingly, not much to trouble us. A trickle of intermittent wind played its part I’m sure, but I was left in a mild state of shock at my rapid demise. So much for defending my curiously good record in this particular event. A cruel sport indeed, but let’s face it, we love it!

‘Reed’ between the lines

Chris Cundey has been a top shot for years, and his superb 58 was a brilliant score on the day. But hold on, that lady Theresa what’s her name, who also posted 58, so a shoot-off was on the cards. OK; who am I kidding; Theresa Reed is fast becoming the best known shooter on the circuit, as her decision to opt out of the Ladies Class some years ago, has seen her rise through the ranks steadily, until we’ve now reached the point where she’s just about contesting everything.

Chris just got the better of her here, but Theresa’s impressive results over the last few seasons remain a massive statement in the sport, perfectly illustrating its ‘sport for all’ ethos. For yes, we all compete on an even footing, largely irrespective of age or sex. Of course, it’s good to have the separate Junior and Ladies classes, as it gives great encouragement to shooters, when they only have to compete against others of like skills within their class. And especially at the early stages as novices. But take a look back through the season and study the results, and quite often shooters in these classes have scored better than many top shots in the Open Class. I’m not taking issue with that for a second. My point is simply that everyone should be encouraged to take part in HFT, because, put the time effort and practise in, and most shooters will find they can be competitive at some level.

Results for the season are shown below, but this is also the time to thank all those who have made the season’s competitions so enjoyable: Pete and Jane Sparkes for overall organisation, Bridget and Simon Vant, Gary Chillingworth, and Charles Peel for all the administration, and of course all the course setters from the individual hosting clubs, without which, the National Series wouldn’t be possible. And finally, a big thanks to all the generous sponsors for the season: BASC, Air Arms, Countryman Fairs, BAR, BSA, Sure Shot, Optisan, JSB, Hull Cartridge, Solware, The Airgun Centre, Bicester Target, & Gamo. Rifles to be won in the raffles, cash prizes and a general haul of goodies, we’ve had it all, and it all makes these tournaments the exciting occasions that they are.

Time now to dust off and take stock of the season but keep an eye out for details of next year’s shoots and dates when it’s possible to make bookings. For pre-booking application forms and downloads regarding established UKAHFT events (where bookings are possible), and all the latest information on anything connected with Hunter Field Target shooting, take a look at the following websites: www.whfto.com www.whfta.org and www.ukahft.org www.shooting-the-breeze.com