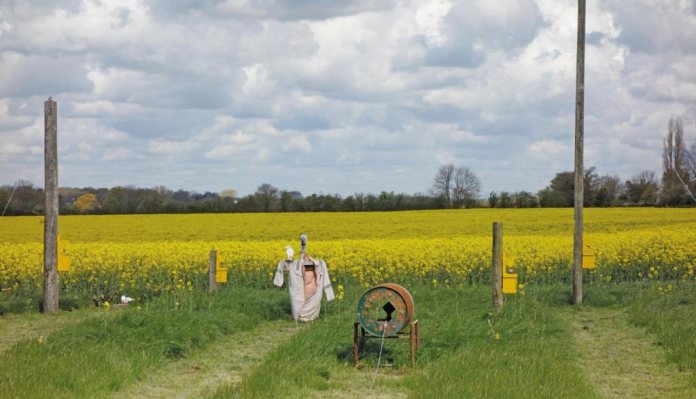 I run a local airgun club, and we shoot HFT on an open field week in, week out, come rain or shine! However, it never ceases to amaze me, how a steady procession of our members regularly take themselves off to an indoor range facility of some sort; either to set up their equipment, or experiment with new pellets etc. They are prepared to travel too, and where is their destination of choice? Why Pete’s Airgun Farm of course, based near Chelmsford, Essex.

Pete was an Olympic Skeet shooter and competed for England some years back, but his first love is airguns, and the idea behind the farm was always to offer shooters a quality facility, where they could set up their kit. It’s hard to believe, but Pete’s Airgun Farm has been with us for around 15 years now, and in the intervening years, it’s fair to say that it’s built up something of a reputation, largely by word of mouth. For news travels fast in the relatively cosy airgun community, and with the demand for a shooting destination in general, probably at an all time high, it’s no surprise that an increasing number of airgun shooters are ‘seeing the light’. You might have noticed on most of my airgun videos for our website Gun Mart TV we too use the farm regularly and it’s perfect for our needs!

Shooting a course of HFT/ FT knock-downs in a field is of course great fun, and all that is still available at Pete’s, with a multitude of targets laid out over several courses. But where he really scores, and what draws in shooters from far and wide, is with the large indoor ranges, set inside super sized out buildings. The original range is still going strong, although it has now been fully renovated and reinforced, but the new large hanger that is King’s Court Range currently has provision for 16 firing points, complete with dedicated shooting benches. The idea is to extend this to at least 20 firing points in the near future, and with a multitude of different reactivate spinners and knock-down style targets to shoot at; it’s becoming a major asset to anyone who wishes to make the trip.

In my experience, there are many shooters who use Pete’s Airgun Farm, either to see the true accuracy potential of their airgun indoors, or to use the facilities to properly test different pellets and accessories. Whatever your particular needs, there’s no doubting the worth of a ‘still air’ indoor facility- free from the detrimental effects of wind and the elements.

So how much does it cost to shoot here? Well, Pete likes to check out any newcomers, so with this in mind, a first time ‘Introduction’ costs £24, which also includes the first shooting session. All subsequent visits will cost £12 per person per day for use of the range and target shooting with no time limit. Evening use of the range only (again no time limit), is £7 per person.

Hunting is also available to those that can prove themselves proficient enough to Pete, and this is charged as follows: Introduction £24 including first session, future visits- £12 per person including use of the ranges. Guns are also available for hire starting at £20 for the day, which is great for those that don’t yet have their own kit, or are still looking into which gun to buy.

Indoor, floodlit ranges, offering distances of up to 55 yards are tantalizing enough- but there’s also distance markers, shooting rests, rifle racks, free Wi-Fi, heaters above shooting positions, a work bench with tools, a plumb line; even a ‘For Sale’ notice board for members to buy and sell their kit. Tea and coffee making facilities are also provided. Indeed, Pete appears to have thought of everything, with many of the consumables involved in a day’s shooting, such as targets and pellets, all available to purchase. Compressed air bottles can be charged on site too, with a 3 litre tank re-filled for £6 for example.

But Pete is always looking to improve the facilities and the experience on offer, and something which is currently under construction are raised up platforms from which shooters can adopt the prone position. Being raised up off the floor on some sort of support could add a new dimension for sure, along with a different feel.

Something else under consideration is the setting up of some sort of shooter league, where regular shooters who come to the Farm can compete against each other. An interesting idea, and one which is bound to appeal to a sizeable section of his customer base, given that there are now an army of regulars among them!

Apart from the extended ranges as specified earlier, Pete can now offer the serious enthusiast on site accommodation, with a static caravan priced at £20 a night, and a well appointed bedsit for £30 a night. But that’s not all, for ‘Wild Camping’ is also available, not only allowing for the pitching of tents alongside a lake, but also cooking over a fire! In short, this is becoming quite an airgun haven, offering the complete package for the serious airgun enthusiast, all at one venue.