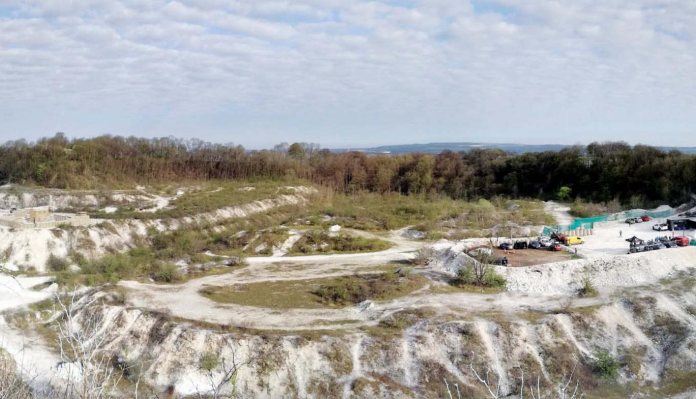 Once upon a time, and not so long ago either, you’d have had trouble tracking down a place to play airsoft, but with the rise of all things ‘online’ this is no longer the case; I live way down in Kent, and once upon a time the nearest airsoft field to me was actually in France, just 26-miles away across the channel!

I’m pleased to report though that this has all changed, as simply typing ‘Airsoft, Kent’ into Google brings up Darkwater Airsoft (www.darkwaterairsoft.co.uk), Ace Combat (https://acecombat.co.uk), Cool Under Fire (www.coolunderfire.co.uk), Invicta Battlefield (www.invictabattlefield.co.uk), and Apocalypse Airsoft (www.apocalypse249.com), all of which are within 30-40-minutes’ drive of my front door! These are all established sites running regular games, attracting players not just from Kent, but from London and even further afield; if you search for airsoft in your own county, then I am certain that the result will be largely the same, as airsoft has never been so energised as it is today.

New sites seem to spring up on a monthly basis right now and it begs the question of what you as a player, whether you are a seasoned ‘Airsoft Vet’ or a ‘Noob’, should be looking for in a site. My immediate answer to this would be, “what kind of game are you looking for?”

Broadly speaking, airsoft can go down a number of avenues, and for new players this can be a bit of a nightmare, as like any hobby, we airsofters seem to have our own special language, chock-full of abbreviations and odd words that you won’t come across in everyday life, but actually make perfect sense to us! Airsoft games will largely fall under headings like:

This is the absolute backbone of the airsoft world as on a ‘Skirmish Day’ you’ll find both regular and new players intermingling, just simply playing airsoft all day. At a skirmish, it’s simply a case of turn up either as a ‘hire; where you’ll hire your eye-protection, rifle and associated gear from the site owner, or a ‘walk-on’, where you just turn up for the day’s game with your own kit; as long as you have sturdy boots, that’s about it! A full hire package and days gaming will normally set you back iro £40-50, whereas a ‘walk-on’ brings that down to about £20- 25; this will normally include hot drinks, and in some cases, even lunch too.

A ‘BattleSim’ takes things a little further, as this will normally be a game where there is an extended scenario/story that runs throughout the day. There will usually be fewer breaks in the day, and play will be for a longer-term objective that only plays out in the long run. This is a little more immersive than a regular ‘skirmish’ and you may have to start to contend with specific kit requirements and limited ammunition, and cook your own food in the field. On many sites, ‘hires’ are still available for a ‘BattleSim’ day.

This is exactly what it says on the can! Like a ‘BattleSim’, this type of game is more immersive and follows the theme of a movie like ‘Blackhawk Down’, ‘Full Metal Jacket’ or even ‘High Noon’ (or at very least the ethos of the movie), and uniform/dress, equipment, and RIF requirements are tight, as many will be historically themed; gear can literally be up to living history standard! Ammo will usually be limited and it’s rare to see a ‘hire gun’ at one of these events.

There’s actually a debate amongst the airsoft community as to what this term actually covers, as the fact is that all airsoft is quintessentially a ‘military simulation’. When you hear the term ‘MilSim’ though, it usually refers to a modern day-themed game with scrupulous uniform requirements, absolutely no breaks in the scenario, and full-on, totally immersive game play, using military tactics and even ‘Rules of Engagement’. ‘Hire guns’ at a MilSim are as rare as rocking horse poo!

What to look for

In the broadest sense, what I’ve described covers the majority of airsoft games, although both ‘Film and Mil Sims’ will usually be full weekend (or longer!) affairs, which may be played on special ‘one off’ sites, such as real MOD Training Areas; these are occasionally made legally available to the airsoft community, but the games do tend to cost more dependent on duration!

Add to my list certain ‘unique games’ that enter the ‘Post Apocalypse’ genre and start to cross over into LARP territory, and once again, the sites can be pretty special; at present, I have a standing invite to attend a game run by ‘Stalker Airsoft Games’ in Bulgaria that takes place in an abandoned chemical plant outside Sofia!

For most good sites, though, they will detail exactly what they offer on their social media pages or websites and certainly I would expect to find many things in place; for me I’d be looking for good, secure car parking, an established presence with a good, covered Safe Zone, a chrono and test range, onsite food and drink facilities, and a site shop with a technician available and battery charging facilities.

Not to mention at least a Portaloo!

Many sites will have all of this and more, but some will bring in specialists for certain areas of expertise; Platoon Stores in Rochester (www.platoonstores.co.uk) for instance take their ‘pop-up shop’ to Cool Under Fire and Invicta Battlefield for pretty much every game, offering RIFs and gear for sale, technical expertise, and even hire guns.

I recently had the pleasure of attending an ‘invite-only’ game in support of The Pilgrim Bandits charity, which was organised by my good friend John at J-Tac Custom. The game took place at the Humber Airsoft site (www.humberairsoft.com) which to me epitomised everything that I would look for in an airsoft venue; the site itself, whilst not the largest I have ever played on, had numerous unique features including a fully functional ‘HESCO FOB’ compound.

The parking area and Safe Zone were fully protected from the game area, and the facilities (including shop, booking-in office, and ‘café’) were first rate and scrupulously clean and well-organised. The staff onsite were welcoming, professional and friendly and I have to admit to having one of the very best days of airsoft that I’ve had in a while; we also raised over £1700 for charity, which gave things even more of a sparkle; this to me was a great airsoft site!

As of next month, I’ll start, with the help of my friends at https://airsoftnation. co.uk, to nail down some fabulous sites that you might wish to try in your own area, along with bringing you more news of bigger airsoft games and events taking place around the UK!