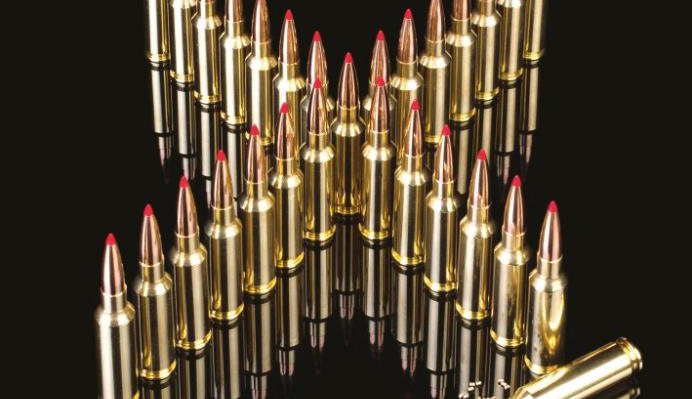 Press previewed in Oct ‘16 and first seen at SHOT ‘17, the new 10th Edition of the Hornady Handbook of Cartridge Reloading has arrived in the UK in a variety of forms. A traditional hardback for old farts like me, complimented by two electronic versions – for I book and Kindle. Superseding the 2012 9th Edition, this chunky 1000-page tome was worth the wait, offering valuable load data for many of the new breed of propellants such as Power Pro 2000 MR, IMR 4451 and 7977, CFE Pistol, BE-86, Reloader 23, 26, 33 and 50, Accurate LT-30 and 32. On the other hand, some veteran (but still available) powders have been dropped or removed from some calibres. As an example, Norma 201 has gone from some of the Magnum data. Furthermore, some obsolete powders still appear in the list of burning rates.

The vast Hornady bullet portfolio gets a comprehensive airing from .17 Hornet to .50 BMG and .22 Hornet (Handgun) to .500 S&W Magnum. Their recent ELD-X and ELD Match designs get their first outing in print. In addition to some significant increases in data for recent cartridge additions such as .300 Blackout, there are a number of all new additions including .280 Ackley Improved, 7x64 Brenneke and the .338 Federal. However, despite making a raft of suitable bullets the ‘Not Invented Here’ syndrome has been applied to a number of cartridges, including the .26 Nosler and .30 Nosler.

As the manufacturer of a huge range of reloading kit, the Handbook inevitably has a series of brief chapters on reloading. They are not as expansive as one might expect and are largely rewrites from earlier manuals but they get the job done. Sadly, much of the detailed background reloading information that appeared in much earlier editions has been diluted or gone. Turning to the tech talk, owners of early editions will be familiar with the massive section that was dedicated to Ballistics Tables. Not anymore. A couple of pages are devoted to explaining and promoting the changed regime. However, you’ll ‘ave to ‘ave t’internet from now on. The well-established, traditional online Hornady Standard Ballistic Calculator (based upon good old fashioned Ballistic Coefficients) continues to be the bedrock of their tech data but is now joined by their patent pending 4DOF™ Ballistic Calculator (drag coefficient based, and more of which in another article).

Yes, there are a couple of data cock-ups. Hornady have released the following errata:-