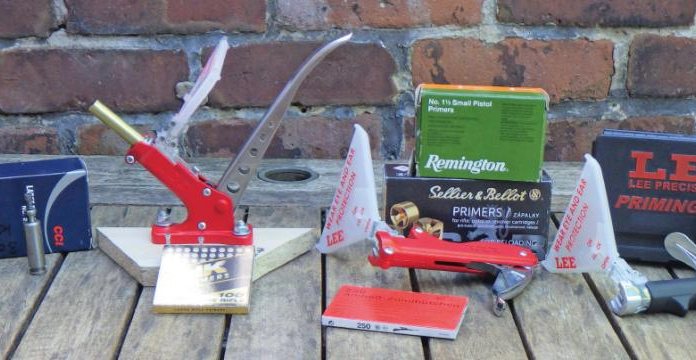 A light strike can be one of the reasons that a round chambered in your rifle does not fire once the trigger has been pulled. They are a real pain in the neck because you have to hold on target for at least 30 seconds or so to give the round time to wake up and go. Occurrences like this can often be associated with either primer seating issues or the primer itself. So, how do you avoid the dreaded light strike?

Different manufacturers use various types and thicknesses of metals to form the outer cup of their primers. In the pistol shooting days, Federal primers were favoured by competitive shooters as they were softer and more easily ignited by the highly tuned guns they used. As a result, they were a lot more expensive, while CCI primers were cheaper and harder, but performed absolutely fine in all but the most ‘sensitive’ of guns.

Jump forward 20 years and primers are all priced about the same and it’s more a case of buying whatever is available. Rifles are a lot less sensitive to the relative hardness of primers because the firing pin springs are bigger and heavier than in pistols.

HK primers from Henry Kranks are excellent and during testing, I managed to achieve some great results. I reloaded some .45-70 and fired six rounds over the chronograph, recording an extreme spread of just 4 FPS. However, I did find them harder than some other brands.

CCI, Federal, Remington, HK and Sellier & Bellot primers all occupy space on my reloading bench and they all function well, so with all this in mind, why do light strikes still occur?

Are you sitting comfortably?

To seat a primer correctly, the feet of the anvil (the small brass-coloured projections from inside the cup) have to sit against the bottom of the primer pocket and be compressed slightly to engage with the primer compound, and so ‘arm’ the primer. If a primer is not seated deep enough then this arming will not happen and so when struck by the firing pin the whole primer has to travel forward in the pocket until the feet hit the bottom of the pocket and maybe ignite the primer compound, firing the round. If too much pressure is applied and the primer is crushed then the ignition process will be unlikely to occur correctly, if at all.

According to some sources, softer primers are considered more dangerous to use than others. Lee Precision make specific recommendations as to which brands should and should not be used in their primer trays, plus they advise limiting the number of certain primers loaded in the trays at any one time. Safety is of course important and you should follow those guidelines, plus remember to always wear eye protection when handling and using primers.

The right tool for the job

Just like a golfer wouldn’t use a putter to tee off, you often need to use different tools for various brands of primers. There are a number of different ways to prime your cases and the choice is influenced by a number of factors including speed, convenience and of course primer hardness.

Priming on the press is very fast and convenient, with automated presses doing it as part of the one-pull-oneround process. The downside of this method is that you lose a lot of the ‘feel’ of the primer seating because there is so much else going on at the same time. Softer primers suit this type of seating because they go in easily and do not require a lot of pressure to drive them fully home. Single-stage presses are ideal for priming because you can feel a lot more and get used to applying the correct and consistent pressure required.

There are several hand-held priming tools on the market and they offer the very best ‘feel’ during seating. You can feel the primer engage in the primer pocket, travel forward and then hit the bottom of the pocket and stop. Further pressure can be applied to fully engage the primer and a hand tool enables you to get used to exactly how much pressure each brand needs. There are several different tools of this type and Lee’s latest model of their Auto Prime gives a really sensitive feel and is incredibly comfortable to use.

For harder primers, which take a bit more effort to seat, a bench priming tool is the best choice. The Lee Bench Priming tool is fixed to a suitable surface and the primers are seated using a relatively large lever, which has two distinct advantages. Firstly, it allows you to apply more force than a hand-held tool or automated press and secondly, you are still able to feel the primer seat and use a consistent amount of pressure. This type of tool worked well with the HK primers.

Correctly handled and seated, all brands are perfectly safe and reliable. The way they are seated makes a huge difference to how they work and choosing the right tool for the job is vital to getting good results from your reloads. Hard primers are not something to be avoided, unless you have a very picky gun and, as with all primers, correct seating is the key.