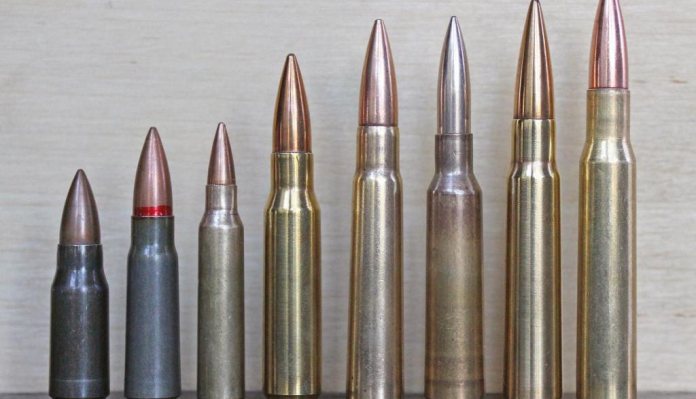 There can be few metallic cartridges that are still going as strong after more than 130 years as the legendary 8x57 JS. Originally developed in 1888 by the German GPK (“Gewehr-Prüfungs-Kommission”) for its Gewehr model 1888 rifle, also known as the “Kommissionsgewehr”. The evolutionary re-calibred version that we recognise today was launched in 1905 and saw service with the German military (plus other axis forces and allied units) though both World Wars. It was almost the first rifle cartridge to be designed specifically for use with a nitro-based propellant and featured a (then) novel rimless design. It can justifiably claim to be the father of all modern sporting and hunting designs.

Military platforms included the Mauser G and K98 bolt-action service rifles, as well as the Mg34 and Mg42 GPMG’s and Czech designed ZB-53 Mg. A licensed BSA built version of this air cooled machine gun was fitted to a number of British WWII fighting vehicles under the nomenclature BESA (slang for BSA) and carried the calibre description Cartridge SA, 7.92. It was offered in Ball, AP, Incendiary and Tracer versions.

Whilst the 8x57 JS (IS) (also known as the 7.92×57mm Mauser or the 8×57mm or the 8mm Mauser) has practically disappeared from military use, it is still an extremely popular hunting cartridge, especially in mainland Europe and Scandinavia. The letter J in the nomenclature actually stands for “Infanterie” but was recorded as a J, allegedly because American intelligence officers mistook the elaborate Gothic letter style of the original letter I as a J. The S is easier to explain, Spitzer! This was the main feature of the 1905 design revision, with the default calibre changing from a .318”, 226-grain round nose SP bullet to a .323”, 154-grain boat tail (Spitzer). The post 1905 performance was a game changer, with the 154-grain ball delivering almost 3000 fps and a commensurate 2900 ft/lbs ME.

The letter S should also be read as SIZE! Whilst the later rifles will chamber and fire the earlier cartridges, the reverse is a recipe for disaster. If you have an early Mauser and intend to use it, measure it or you may end up wearing it! The other complication is the presence of a rimmed version of the original, the 8mm JR. Whilst it is rare to find a bolt action rifle in the original J calibre (.318”), old combination guns are still around and a good many of them were made for the 8mm JR. Some have only the bullet diameter (8,2 mm) stamped on their barrels, regardless of the fact that a large number of 8mm cartridges have been made with very different sizes and shapes of brass. Again, check it or risk wearing it.

Potential hand loaders need to check the exact description of the die set they intend to use, as there are sets for all the above, further compounded by the fact that some are described as JS whilst other, identical sets are marked IS. Such is the popularity of the calibre that all the tool makers list the design. As for data and consumables, rule one applies. If you are loading ammo for the pre-1905 calibre change, remember to respect the advisory pressure limits for these classic oldies. Furthermore, you should avoid attempting to recycle the original 1888 calibre military brass, as it is prone to early failure. I’m not sure whether there is a classic target shooting category especially for K98s but there ought to be! Whether you’re taking big game in Europe or drilling paper at Bizzers, there are plenty of rifles to suit your needs and pocket. Nice one, GPK.