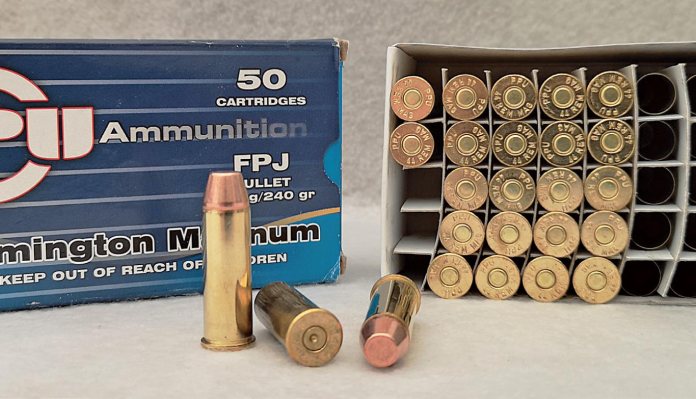 Prvi Partizan (PPU) are Serbian and have been producing ammunition of all types, their current catalogue shows over 400 options, which includes calibres for classic shooters as well as current sporting types. They are distributed in the UK by Henry Krank & Co Ltd.

On test is one of the most famous US handgun cartridges; the .44 Remington Magnum. Once rated as the most powerful handgun calibre in the world, it still represents a goodperformer, for both rifle and pistol needs. In the UK it’s primarily used in lever-action rifles.

PPU offers seven loadings from 180 to 300-grains in a choice of bullet types that included jacketed soft or hollow point, lead and fully plated in a number of configurations. On test is their 240-grain, truncated cone, FPJ (flat point jacketed). The rimmed, brass case is Boxer-primed (Large Pistol) so good for reloading. It’s individually packed in 50-round boxes, with cardboard dividers to keep the ammo safe.