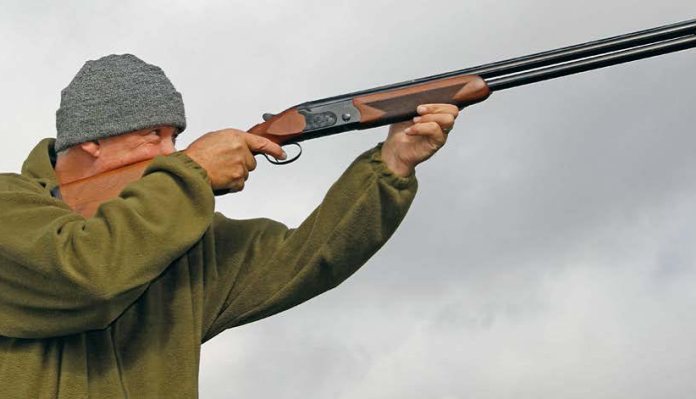 It is often the things you use or pick up without thinking that give the best performance and that you can rely on. That’s true with many guns and especially true with cartridges. There is one particular brand and type of 12-gauge cartridge that stands out for me, as it always performs in the shotguns on test with total reliability and just throws good patterns, irrespective of what barrel length or choke is used. As the name suggests, Hull’s Imperial Game is targeted at the game market and uses a traditional 65mm case length. This makes them suitable for English imperially chambered game guns. They provide potent performance down range while remaining comfortable to shoot all day.

The cartridges are available in shot sizes from No.4 to No.7 and all use a fibre wad housed in a red plastic case. Prices range from £404.00 per 1000 from Just Cartridges.

The Imperial Game form part of Hull’s ‘Drop Dead Gauges’ range and strict quality control checks are done, including primer sensitivity and plastic elasticity checks, to ensure that the Imperial’s red cases are dead true and therefore load and eject reliably. It’s amazing how many other cases are not straight.

They have a high 12mm brass head and show quality six-star crimping. There is also clear lettering on the outside to indicate the load within. The single-based powder used in these cartridges is specifically blended to combine maximum performance with minimum pressure to achieve low recoil. They also offer storage stability over a range of temperature and humidity levels.

As expected, these game cartridges feature fibre wads. The design ensures that the energy and force from the powder are transferred through the wad and into the shot column uniformly. The chosen material is used for its uniform density and thickness, and it is subjected to a waterproof and anti-tear treatment. 70 years of fibre wad production by Hull Cartridge shows that even with the modern trend for overbored barrels, their wads make an effective gas seal. Not only are they ecologically sound but the powder type used burns smoothly, reducing felt recoil in the shoulder.

Imperial Game contain lead shot from an industry leader and they are made from recycled sources. They are very consistent in diameter and this results in pellets that fly truer for longer, retain more energy and are less likely to clump together, producing dense and well-distributed patterns down range from a wide selection of chokes.

Hull Cartridge is also proud of its quality control, which is second to none. Throughout production, they regularly measure ignition time, peak pressure, barrel time, muzzle velocity, range velocity and the pressure curve. Plus, of course, the all-important pattern. Velocities for this load are a consistent 1450 fps, so getting a lick on for a 65mm case.

Hull guarantees batch-to-batch, shot-to-shot consistency, so if they work in your gun this season, a new slab will perform the same next season. That’s probably why I like them so much.

For the test, I used a Beretta Ultraleggero fitted with a ½ choke and the pattern boards were set up at 30 yards to tell the true story with regard to the patterns and performance. Out of the selection of loadings on offer, I chose a typical game load, so a payload of 28-grams of No.6 shot. It packs a lot of punch for the size but not at the shoulder and the Beretta’s felt recoil was like a normal 12-gauge, despite its lighter weight. We had a total of 236 pellets on the board, with 108 inner hits and 128 outer strikes within 30”. Overall, a very even and usable cartridge.

Switching to the lighter 26-gram loading, we had a total of 207 pellet strikes. They were distributed with 86 inner hits and 121 outer strikes. Moving up a notch, the stiffer recoiling 30-gram load contains 20 more pellets than the 28-gram loading, but actually shot a nearly identical total shot count of 237 pellets, distributed with 105 inner and 132 outer hits. Could it be that this load is slightly blowing as it is squeezed through the ½ choke, causing the pellets to bunch and then spread more rapidly?

Primarily, I have used these loads through the Browning Black Shadow on ½ choke and when using the 28-gram No.4 loading, it still provides light recoil while maintaining hard-hitting performance. We had a total of 123 pellet strikes, with 42 hits to the inner 15” and the remaining 81 around the circumference. So, nice coverage and they are suitable for larger game.

Trustworthy, reliable and dependable performance are all true of the Imperial Game cartridge. These attributes are often taken for granted, making these cartridges the unsung heroes. However, don’t take my word for it, buy a box of 25 cartridges and a pattern board or two and see for yourself.