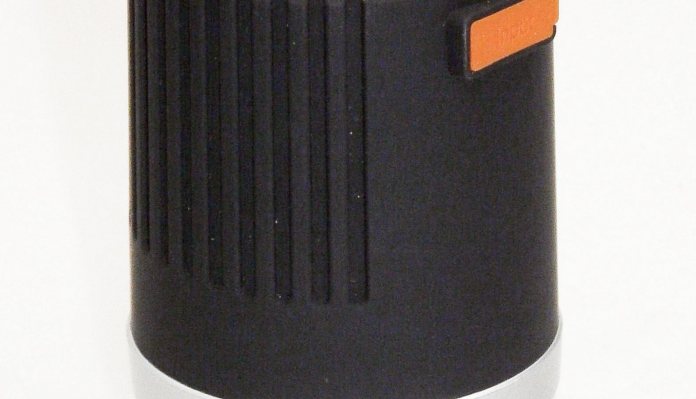 Let’s face it, we all like gadgets. Most of us own a smart phone that’s forever running out of juice and at night we still like to see what we’re doing. The downside is that to keep everything up and running we tend to end up with a car or house full of cables and pockets full of leads, batteries and other such items, with torches stowed in various places, most of which tend to be flat when we actually need them. Worry no more, since Powersolve has come up with the perfect solution, a small lantern that can be hand-held, suspended from a suitable hook and charge up your gizmos all at the same time!

Measuring 10.5cm long and 6.5cm in diameter and covered with a soft, nice to touch neoprene rubber surface, the fully waterproof Powersolve Rechargeable Lantern is the answer to all our problems. Able to be recharged from either the mains or your laptop, this neat little light emits up to 99 hours of 4W, high 440 Lumens from the three stage and exceedingly bright LED bulbs, whilst plugging the supplied USB cable into the power bank output socket allows you to fully recharge your smartphone or similar up to four times.

Either hand-held or suspended from the nifty folding handle, by clicking the ON/OFF switch on the back of the lantern, any of the three light settings are quickly selected, whilst clicking the orange button twice turns the light off; there’s a neat row of four blue diodes, allowing you to keep an eye on the lantern’s own power reserves. Powered itself by high conversion rate A+ lithium batteries, Powersolve’s Rechargeable Lantern is one of those useful and clever inventions that makes you wonder why nobody has though of it before.

The type of handy gadget that once you’ve got one you’ll wonder how you got by without it, the Powersolve Rechargeable Lantern is all yours for a mere £34.95 and is money well-spent.