Choosing an air rifle for juniors 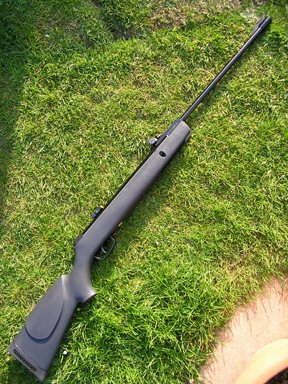 When I began my airgun career, the choice of equipment was probably a little easier to sift through. Webley and BSA were the home-grown household names of the day, and both companies product line-ups included compact and well made rifles, aimed towards beginners.

Today’s market has seen the elevation of the airgun to its rightful status, and a growth in popularity that has seen an explosion of manufacturers, all vying for market share. So the choice is understandably bewildering for any newcomer.

For the purposes of this article, I’m featuring the Gamo Shadow 1000 as an example of a basic, yet well constructed, lightweight spring rifle at what I consider to be an acceptable entry level. I’ll then move on to a general round-up of my other top contenders. The rifles listed are based on what I would seriously consider for any novice shooter coming to the sport for the first time.

Ok; let’s look at the factors worth considering. Where youngsters are concerned, starting with the basics is a good idea. It’s often the case nowadays that when rifles are purchased, a telescopic sight is bolted into place without a second thought. However, open sights can be rewarding, offering good discipline in terms of demanding a consistent approach from the shooter. Learning technique with regards to alignment helps to promote a measured, methodical way of thinking, to be applied later on.

Weight is also a key issue, and any rifle intended for junior use needs to be on the lean side. You can always add weight, remember, but it’s not so easy to reduce it without causing grievous harm to the gun.

What we have with the Shadow 1000, from Spanish based airgun specialists Gamo, is a well presented, no-nonsense break-barrel air rifle, ideal for juniors starting out on the road to marksmanship. Relatively basic, it may be, but the build-quality is spot on, making it the sort of rifle to give years of trouble-free service.

The Gamo range of rifles is actually pretty extensive, and one glance at their sales brochure shows an amazing selection to please across the board. Several variations of the Shadow are available, with the Shadow Sport being particularly attractive with its fluted barrel; but the 1000 comes in at the keenest priced of the lot, so I’ll stick with that for now. The RRP is around £165, yet adverts regularly show it for around £130, making it extremely good value for money. The key point here is that the Shadow isn’t actually marketed as a junior rifle, so the specification is slightly higher than some that are.

Various so called ‘junior ‘rifles are available such as BSA’s good old Meteor, now in its MK6 incarnation; indeed Gamo list several, such as the Delta and Delta Fox, but the power of these is often low and the features can be rather feeble by comparison, so I would personally give these a wide birth.

The composite stock on the Shadow is pleasant to touch and had me instantly warming to the design; no mean feat, since I’m normally a rabid traditionalist, insisting on walnut with everything.

Ambidextrous stocks are suddenly popular, and this one incorporates several nice features in the moulding. A smart extended forend fills the hand, and the finger grooves at the leading edge add further feel and detail. A well shaped, ventilated butt pad with a thin black spacer improve looks even further. The crisply defined cheek-piece looks fairly slim-line, yet in practise, I found it perfectly adequate for scope use.

The raked pistol-grip affords a comfortable aim and, in keeping with the forend, has a surface panel of fine raised rubberized dots. These act like subtle stippling, although the composite material has plenty of grip to start with.

Moving to the action, a 17inch rifled barrel is fitted, effectively shrouded by the foresight at the muzzle, so the rifling crown is safe from knocks. The main compression cylinder has the conventional dovetail rails cut into the top, to receive a telescopic sight if so desired. With this in mind, and accepting that the majority of shooters end up taking this route anyhow, Gamo rather conveniently supply the Shadow with its very own arrestor block - a nice touch.

If you’re unfamiliar with these, let me explain. With a recoiling air rifle, it’s very common for the scope to want to move backwards due to the kick of the action. This occurs where 2-piece ring mounts are used. A one-piece mount should sort the problem due to the increased surface contact of the grips, but can be unwanted additional expense.

The arrestor itself is a particularly neat affair on the Shadow, consisting of a small plastic block, set into a metal clamp, with a small piece of orange rubber set into the facing edge. The device is clamped onto the dovetails just behind one of the mounts (preferably the front one) and the rubber sits up against the mount, softening the contact (and probably absorbing some of the spring vibration too).

At a time when open sights are increasingly dispensed with altogether, Gamo are trail-blazing the use of fibre optics throughout their range – and very impressive they are too. With the usual post and groove design incorporating fibre optics, the sight picture is amazingly sharp, and whilst testing the rifle in fairly dim half-light, it became apparent that they actually take on something of a luminous quality, maximizing any available ambient light to good effect. This makes them great fun to use, and too good to overlook.

Trigger wise, this rifle is nothing special, but the blade is metal at least - the guard is plastic but nicely done. The mechanism is basic, but about par for the course on this grade of kit, and since it demands good technique, is maybe no bad thing for beginners.

Something that really stands out with the Shadow1000 is the easy cocking stroke. The effort required is minimal, and the barrel lock-up is particularly slick, with a gentle click as the sprung détente does its job. The action kicks on firing, as expected from a relative lightweight, but all in a controlled efficient manner.

Consistency of the test model was reasonable too, with Crosman Accupel pellets managing 23fps variation over a 10 shot string. One observation was that some pellets felt a little sloppy in the barrel, so as usual, experimentation is advisable. RWS Superdomes and JSB’s were rejected on this score. The Crosmans, however, seemed to grip the rifling somewhat better and grouped under .75inch at 25yds, proving the Shadow is capable of rewarding accuracy.

All in all, the Shadow1000 gets a thumbs up and makes a perfect starter, especially where a tight budget is concerned.

Obviously many other options exist when considering an appropriate rifle for juniors, and I’ve included my other favourites here. These are rifles that I would recommend to any youngster starting out. One main factor in the selection is weight, with them all coming in at around 6lbs or below; although prices creep up as the extras and sophistication increases. Prices are RRP, and with some shopping around, considerable savings are possible.

Designed in conjunction with BSA, this sturdy little full-powered break-barrel comes in either composite or wood stock, but the design of the timber is so impressive that for me the choice is simple. Neat, stylish, well finished and accurate, it’s a great rifle for any age, yet that manageable weight makes it an obvious candidate here.

I was impressed with this gun the moment I handled one. Designed initially as a super compact hunting tool, the configuration of short barrel, combined with a long, sleek shroud, gives it great poise. A well proportioned stock with a properly defined cheek-piece adds further to the fine balance of this gun, and several youngsters at my club are testament to the fact that it seems to suit most people that pick it up!

Made in Czechoslovakia, this versatile pre-charged pneumatic (PCP) has proved a big success since its introduction. The two part basic woodwork lends itself to customisation, and the lightweight recoilless action and CZ barrel gives competition standard accuracy.

A darn good trigger aids ultimate performance, and if the budget permits, this rifle puts the mere beginner distinctly up a level. But don’t forget, PCP means the number of shots is restricted (around 50 in this case) before an air intake is required. On this note, charging gear will crank up the price somewhat, so expect to pay around £150 for either a hand pump, or small air cylinder and gauge.

My last entry is another PCP which is super light (maybe too light), yet manageable by all. The recoilless action set into a stylish skeleton ‘profile’ stock doesn’t come cheap, yet the sheer lack of heft allows even the slightest of build to hold the rifle on aim. That tiny cylinder restricts the shot count, so the pros and cons need to be weighed up.

A word of caution…  I fully appreciate that when taking up any new sport/hobby, it doesn’t always pay to splash out too much at the outset, on what may turn out to be just a passing interest. Obviously much cheaper options exist out there, but NOT to the same quality level; and here’s the rub.

Having set up my own shooting club some while back, I regularly see newcomers arrive at the shooting ground, and if they’re lucky, they have turned up for the first time, just to check out what goes on, and pick up some advice on what equipment to buy etc. We can basically ‘get to them’ before they make a terrible mistake. The unlucky ones may already have been talked into buying a real bargain basement atrocity, which proves to be money down the drain. Some of these shockers have been virtually falling apart before they leave the shop. It may have cost only £50, but if it’s hopelessly inaccurate (sometimes even dangerous), then its dead cash and a fool’s economy. A salutary warning, so please take note.