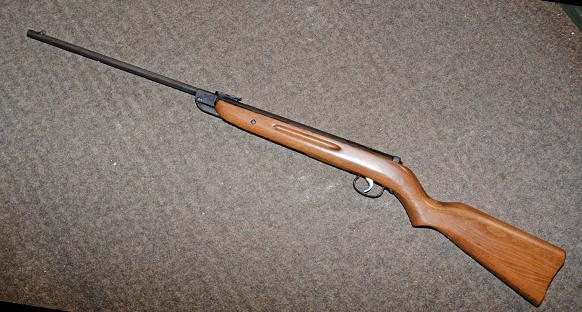 As someone who has spent most of their life around airguns, it has to come as a surprise that I hadn’t encountered a Model 27 before researching this article. Why? Well, as it transpires, this airgun has one of the longest production runs of all; although with the complications surrounding the Diana name, many specimens can’t really be considered strictly the same gun! Granted, it’s a complicated story, but one that charts some world history along the way.

Diana as a brand is German in origin, hailing from Mayer and Grammelspacher dating back to 1890, and the company certainly has a colourful history. The Model 27 first saw light of day way back in 1910; although its early form followed the basic blueprint of the day, with no forend to speak of, just the butt section (God we’re so spoilt these days!). Sold around the world under various guises (namely Original, Beeman, Hy-Score, and Milbro) it’s all part of the identity crisis suffered by Mayer and Grammelspacher through two world wars!

My second hand example here is branded ‘Diana’ with ‘Made in GT. Britain’ also proudly emblazoned across the cylinder and here, the plot thickens. After World War II, Britain secured all the tooling, machinery, and importantly, the drawings for Diana airguns and Millard Brothers took up the baton, manufacturing airguns from their plant in Motherwell, Scotland. Records for the Model 27 seem confused, and I’m not entirely sure whether it came via this route, but it’s more than likely.

As for a production date for the rifle on show here, no manufacturing marks of any kind can be found; although various indicators suggest it was probably produced around the mid to late 1950’s. Whilst Milbro produced Diana’s in Scotland, Mayer and Grammelspacher had to produce guns under the ‘Original’ label back in Germany. However, once Milbro ceased to trade, the German operation could once again resume production of Diana-branded products.

When I first saw this Model 27, I assumed that rather snazzy alloy trigger blade was a custom fitting, but this model, whilst still a relatively basic, break-barrel spring-powered workhorse, came fitted with a great unit as standard, including that super comfortable blade. Diana actually pioneered a trigger design that incorporated three ball bearings, and whilst they can be notoriously difficult to adjust, the end result is way above the average.

Features include an adjustable rear sight and also an adjustable breech bolt, with a lockable adjuster. This kind of attention to detail always adds to the enjoyment of ownership and whilst the chemical bluing on this example has worn away in places, from years of use, the wooden stock is particularly well preserved.

The Model 27 is relatively low-powered, with 400 and 600fps quoted as rough guides for midweight pellets for .22 and .177 respectively, but ownership is more about owning what was fondly regarded as an old smoothy. Asking price for this example is £125, and many thanks go to Steve Dixon at Country Sporting Guns, for help in the compilation of this feature.