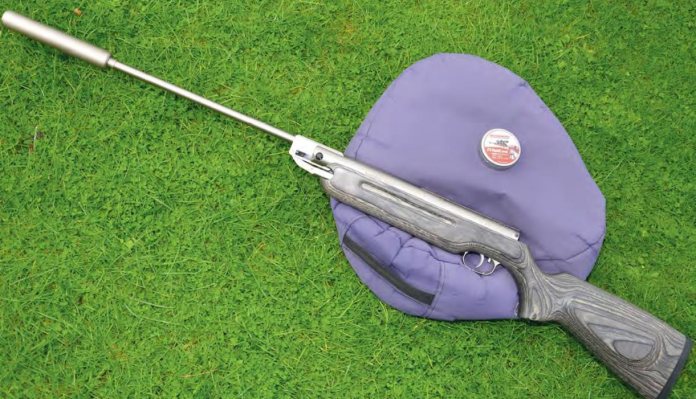 Think back to the late ‘70s, when the airgun market was a somewhat simpler landscape. Webley and BSA dominated much of the home market, but the writing was clearly on the wall. Home-grown guns such as the Webley Hawk and BSA Mercury were competent but pretty average fare, let’s be honest, so it was no surprise that a few continental models were finding their way into the UK, and enthusiasts in the know were lapping them up. The desire for quality and full-power rifles was already beginning to generate interest in imported guns with funny sounding names, and Weihrauch was there to capitalize on the situation.

Ahead of its time

Weihrauch’s now legendary HW35 was ahead of its time and a significant gun for sure. With classy build quality, innovative design and that ‘Rekord’trigger, it’s fair to say that when it was originally introduced, back in 1951, this German break-barrel made a huge impression. With a host of quality features and a level of engineering to outshine most of its rivals at the time, Weihrauch’s new heavyweight was unsurprisingly a big success.

Weihrauch has introduced a few specials over the years and in 2020 they manufactured a limited edition of the HW35, with a stainless steel action and grey laminate woodwork. They made 500 in all, 215 of which were sold in the UK at a launch price in the region of £573. The UK models are all laser etched with their unique number on the cylinder, as well as a full serial number, and the end result is a celebration of a timeless classic.

When I happened upon a second-hand example at my local dealer, I thought it would be nice to get up close, before some lucky collector or enthusiast picked it up. So, here it is, the HW35 Limited Edition, and what a looker she is.

The long & the short of it

For the record, the action is the same spec as the standard HW35K, so that means a 16” Weihrauch barrel. The limited edition comes with a super cool Weihrauch silencer, which is the first to come in stainless spec. The overall length is significant with the silencer in place, yet with a threaded muzzle, it can easily be removed for transit, helping the choice of case. Versatility is factored in either way.

Those classic HW35 looks are here, defined primarily by the large finger grooves in the furniture and that semicircular cut-away on the left side of the forend. Why the cut-away? Well, for the uninitiated, perhaps the most distinctive feature of the ‘35 is that incredibly slick barrel lock, that utilizes a ‘wedge’ system to keep the breech tight and true. To break the barrel and open the breech, that little curved catch needs to be pulled forwards. This then releases the barrel. Cock the action (at this point the cut-away allows for the barrel catch to move through its arc), then push a pellet home and flush in the barrel. Finally, close up the breech and the barrel is again locked.

Cocking the action does reveal that famous ‘Weihrauch click’, as the articulated cocking linkage goes about its business, but the neat design means a smaller slot can be cut in the stock. All the usual Wiehrauch pleasantries are here, including the push button auto safety, the arrestor holes on the receiver and, of course, that classy Rekord trigger unit. Weihrauch has even somehow managed to come in at bang on the same weight as the standard HW35K, which is surprising given laminate is normally denser and heavier than standard timber.

Being a little paranoid not to mark this model, I’ve not shot it in anger or mounted a scope, but a few shots just to hear the action revealed it’s unlikely the factory made any special provision for tuned actions, which is surprising, given the ‘Limited Edition’ status. No doubt an enthusiast will apply some TLC with modest lubrication where it’s needed, and this beauty will respond as Weihrauchs always do. As for those eager to gauge the potential, a standard HW35 that I tested a while back produced energy close to the legal limit, phenomenal consistency and a level of accuracy that we have come to expect from this famous German marque.

I’m a big believer in competition and it’s what underpins a capitalist society at the end of the day. Weihrauch’s HW35 is an important gun in the history of our sport since it put the wind up its rivals and forced them to improve and transform themselves. Fast forward to today’s market, and with an abundance of high-end premium airguns available, from an impressive array of manufacturers, it’s clear the desire for quality and innovation is as strong as ever.

This beautiful limited edition specimen in grey laminate is a fitting celebration of that groundbreaking model, and what it represents. As one of a limited production run, it’s a highly desirable gun for any collector of fine airguns.