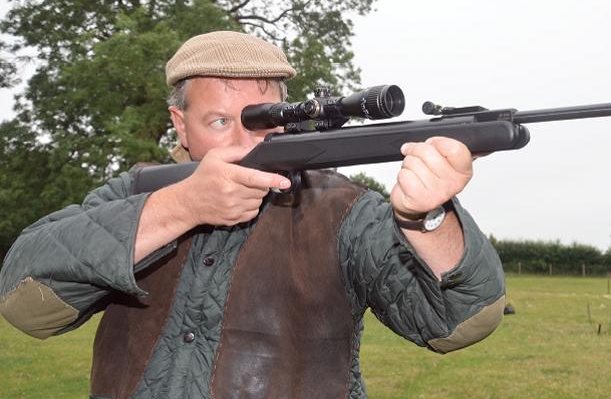 With the aftermath of a recession still being felt around the country, inevitably, many of us look to make savings where we can.

Any analysis of the shooting sports and how well they have stood up to harsher market conditions makes for fascinating reading, but the consensus of opinion overall, in my experience, seems to be that shooters will try and sustain their hobby and passion come what may. Leisure time is of vital importance when all’s said and done, since it’s the time when we unwind and relax, away from the toils of the workplace; and to that end airguns are, of course, a wonderful outlet. Safeguarding that leisure time is therefore of great importance, and a point not lost on most of us.

Sportsmarketing are a huge supplier to the airgun scene, and are undoubtedly synonymous with value-for-money fare. That said, whilst they cater for the budget shooter who may well be feeling the pinch, overall quality and performance is creeping up across their range; and the gun on test here is a classic example.

At £139.95, the SYNSG certainly wont break the bank, but if my test model is anything to go by, it should certainly raise a few eyebrows. The SYNSG is a full-power, break barrel model, supplied with a synthetic sporter style stock; and it’s eye-catching indeed.

First impressions are favourable as you pick this gun up, with the surprisingly dense feel a reflection of the solid build-quality on display. If the profile looks familiar, that’s because the styling closely follows that of a particular model from a top German brand, and the similarities are distinct, right down to the shape of the trigger and safety catch.

Any description of this gun would surely start with ‘sleek’, as the eye follows that ultraslim forend. The synthetic stock is particularly crisply moulded, with panels of fine checkering adorning grip and forend all part of the blueprint. The ambidextrous design does look undoubtedly stylish, but the lack of a defined cheekpiece slightly detracts from both the visuals and handling.

One main criticism easily thrown at guns made in the Far East normally concerns overall finish, with the poor quality of blueing so often the charge levelled. Not so with this SYNSG! Indeed, this just has to be the best-finished Chinese-made airgun I have handled to date. Perfectly even, well-polished metal surfaces treated to an impressively even rich chemical blue. Not what you would expect from a gun in this price bracket, and a sign of what’s to come from the emerging markets in the future.

A plastic trigger blade and cylinder end cap are the only real offending items, and even these manage to blend in along with that stylishly moulded fore-sight assembly.

Fibre optic open sights as standard are always welcome, offering younger shooters and novices alike the chance to master basic marksmanship. The rear sight is fully adjustable via finger wheels, and overall a good sight picture is formed from a red bead within a green ‘notch’. However, most prospective shooters these days can hardly resist the lure of glassware, and with that factor in mind, SMK supply the SYNSG with a small arrestor plate fitted to the dovetail rails. This means that, with the rear scope mount-fixed firmly up against the plate, the phenomenon of ‘scope creep’, where the mounts move slowly along the rails as a result of the guns recoil, should be eliminated.

Cocking effort is an important consideration with any spring powered airgun, so the fact that the SYNSG comes fitted with a full-length 19 inch barrel, is firmly in its favour. I’ve always favoured full-length rifles over the carbine versions for this reason alone; yet balance is also improved enormously. There is still significant effort needed to prime the action here, with the breech fairly stiff to open initially, but a small jolt over the knee soon smoothes the routine. As for the cocking action itself, my example was super smooth, and with a reassuringly solid lock-up too.

Handling the SYNSG is a rewarding experience, with an ultra pointable feel to it that’s really appealing. The graceful, ultra-slim forend just fills the palm on aim, but the lack of a defined, raised cheekpiece does mean that the stock feels a little too low in certain positions with a scope fitted. Why we have to have such an unnecessarily hard butt pad, I’m not quite sure either. Both irritating points, but there’s plenty to smile about. On the plus side, one point of note, whilst using a variety of pellets, was that they were a nice fit in the barrel, with a smooth connection with the rifling felt. In other words, no excessive resistance was felt as the ammo was chambered, which all adds to a good shooting experience.

The SYNSG comes with a plastic bladed trigger, but despite it being a fairly unsophisticated unit, it creeped very little and released with consistency. For the record, I did try the SMK Black Dome pellets supplied with the SYNSG, but results suggested they were incompatible, with this particular gun at least. However, subsequent groups of ¾ inches over 25 yards, using AA JSB Diabolos, coupled with an amazingly civilised, near resonance-free firing cycle, meant firing this gun was extremely satisfying.

It should be noted that the action was dieseling quite markedly at the start of the test, so a few shots were fired to clear some of the excess lubricant. Velocity was incredibly consistent, yet energy levels were too close to the legal limit for my liking. Once excess oil has burnt off, of course, power should settle, and hopefully slightly downwards.

As previously mentioned, this gun has been very closely styled on a model from a leading German manufacturer, yet ironically, I remember being disappointed with that particular model (which was a huge surprise from such an esteemed product stable) when I reviewed it several years ago. No such qualms this time round, as the SYSNG makes a solid case for itself, all at a bargain RRP.

Other than that bland name, there really is little to criticise. Synthetics aren’t to everyone’s taste, yet the execution of this model is excellent. Full-power output, combined with highly competent down-range accuracy, means the SYNSG comes very well-equipped for some serious duties. Consider the very respectable build-quality, finish, balance and handling, and suddenly this highly impressive model looks like an awful lot of gun for the money; whether as an adult starter rifle, or budget hunting option.