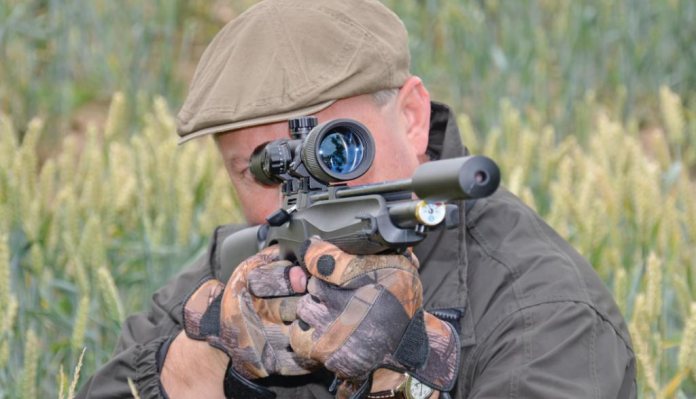 I first tested a brand new airgun from Stoeger almost a decade ago, and back then it was a rather curvaceous spring-powered beauty. As part of the Beretta group, Stoeger understandably makes a big noise about their Italian design heritage, and those early springers were indisputably easy on the eye.

On test here is their latest offering - the XM1, and as their very first entry into the world of pre-charged pneumatics, it’s fair to say that it represents something of a landmark in the company’s production history. In a crowded market place, it’s never easy to look original, yet cast an eye over the XM1, and that super sleek sporting profile, bristling with features, well and truly sets the brand’s stall out. Trendy stock inserts and flowing lines, (now design traits synonymous with Stoeger) all add to the overall first impression, of a modern airgun, designed to impress.

All the accessories and addons come neatly stowed in a padded compartmentalized box. Alongside the XM1, there are two 7-shot rotary magazines, adjustable 2-stage trigger, a single shot tray, a sound moderator, cheek & grip inserts, Picatinny rails, their own branded 3-9x40 AO scope plus mounts, and a filling probe. That sounds like quite a box of tricks for the current asking price of £395. Also included in my bundle was their optional extra bipod and their brand new manual pump.

Stoeger has decided upon several marketing elements, that we first saw with their spring gun fare, and now transferred to the XM1. ‘Human Tech Design’ is a slightly twee label that partly explains the company’s approach to the stock configuration. ‘Pro Adaptive chequering’ refers to the panels of moulded grip pattern that appear, both around the grip, and also on the underside of the forend, and there’s no doubt that this detail enhances the grip and feel overall.

Next up is the ‘Multi Grip System’ (MGS), and here, their idea of interchangeable grip panels, again makes a showing. The blue grip is the standard size, but if you fancy a larger grip, then it’s simply a matter of removing the small screw from the base of the grip, sliding the panel down then off, pushing the black panel into place, and replacing the screw. In practice, there’s only a slight difference in size, but just changing the colour will appeal to younger shooters I’m sure.

The airgun also comes with a spare cheek piece, and here, one is low and the other significantly higher, which makes experimentation far more worthwhile. Again, two tiny screws sit each side and need replacing, once the piece has been slid down into its slots. On test, these screws were a little short and one did fall out, but the panel still stays firm and isn’t going anywhere.

Looking to the butt, I reckon they have missed a trick here. For whilst it looks like there are spacers to alter the length of pull, unscrew the rubber pad, and it is only then possible to reconnect everything with one spacer still in place - all due to the plastic lug fouling the bottom of the stock moulding. This keeps the assembly proud of the action, and only shortens the length by a few millimetres.

The final stock ‘addon’comes with two small plastic Picatinny rails, which are attached via two small screws, onto each side, at the tip of the forend. Less than a refined fit on the test, but the end result was achieved nonetheless; with lamps and lasers suddenly a viable option.

Fancy a bipod, then Stoegers own two-part version is available (optional extra). Just clamp each leg in place on the rail, then the springloaded legs can be either extended or folded up. During use, these worked rather well, and are certainly a match for many rival systems out there, whether for use on the range or in the field.

With the stock tweaked and ready, next comes the sound moderator, which is attached easily via a standard UNF thread. Fitting the 3-9x40 scope and mounts, is equally simple, requiring the twopiece mounts to be clamped to the dovetail rails in the conventional manner.

We’re almost there now, but it’s time for the final vital piece of preparation since the XM1 allows the user to set the trigger position to suit. Slacken off the small grub screw in the blade, and slide it forwards or back to suit. With 12mm of travel, it’s a neat design.

OK; time to charge the system, and the slimline air cylinder needs to be pressurised to 200bar. The filling adaptor is a probe, and also the super slick stick type, that just clamps straight into a Foster style female coupler from the air supply. Remove the nylon plug from the XM1’s front inlet valve, insert the probe, and gently start the charging process. Once filled, bleed the line, remove the probe, and replace the nylon plug. In practice, it all works well, including Stoeger’s new pump, which warrant’s a test of its own.

The airgun is supplied with two rotary magazines, and a single shot tray and the latter is an easy snapfit, courtesy of the Daystate style magnetic base. Just pull back the XM1’s bolt, and drop in the tray. Fancy multi-shot action, then the Theoben inspired magazines are filled by first winding the clear lid against spring pressure, anticlockwise, all the way round to a stop. Turn the mag over and drop the first pellet skirt first into the chamber. Now drop a pellet headfirst into each chamber from the front, and it is ready to go. The magazine design feels extremely precise and takes 9 pellets in .177, and 7 in .22 (on test).

I’ve got this far without mentioning the XM1’s rather radical-looking cocking handle, which looks more like a small paddle. It certainly looks different, which may have been the main consideration at the design stage, but whilst it works ok, a more rounded handle is simply more comfortable. That said, cycling the action on test, proved reliable, up until some flat-headed pellets proved incompatible with the magazine. However, once removed, normal service soon resumed.

Two observations to make at this stage. Firstly, it was difficult to fault the Stoeger scope included, with a crisp bright image on offer, and a well-proportioned crosshair. Secondly, the efficiency of the sound moderator when in place, against the rifle shot without, was quite remarkablea real crack, down to a muted hiss. In addition, 6oz of added weight at the muzzle transforms the XM1’s balance.

In the aim, the sleekness of the forend, combined with the pleasingly thin grip and the higher cheek piece, resulted in a comfortable and purposeful feel. One negative here is the fairly sharp edge running alongside the top of the synthetic forend, yet that said, even with my large hands, I didn’t easily get anywhere near- so perhaps I’m nitpicking. On a positive side, the 2-stage trigger sports a well-shaped comfortable blade, and in use, came set to trip with just minimal first stage movement and modest pull pressure. For those that feel the need, a manual cross bolt safety sits just in front.

Given the slim cylinder, a fairly low shot count shouldn’t come as any surprise. I clocked 56 shots on test using my .22 calibre specimen. From the 200bar fill pressure, it shot down to a residual pressure of 100bar. Velocity spread here was high, yet if we only look at the first 36 shots, then this reduces total spread down to a highly acceptable 15fps.

I shot the XM1 with both the single shot tray as well as the 7-shot magazines, and surprisingly, groups were a shade tighter using the mag. Pellet compatibility, as usual, is the key though. Weihrauch FT Exact .22 produced 1/2” clusters over 30 yards, but these closed down to a single ragged hole and 3/8” c-t-c, once I switched to Kaiser pellets (see performance info). A quick check shooting both from the kneeling and standing positions returned 2p sized groups over the same range, telling me instantly that the XM1 is a highly portable and shootable tool with the right ammo.

So to conclude, Stoeger’s first foray into PCP’s is a mixed affair. Yes, the XM1 is pleasingly lightweight, highly attractive and distinctive; yet certain areas take the edge off the launch party- namely those rather crude Picatinny rails, annoyingly small cheek screws (you’re bound to lose one!). Get past those minor shortcomings, and you’re still looking at a super sleek sporting rifle, brimming with onboard features, that comes complete with scope and mounts. There’s some half-decent performance too, so a great starter pack and budget intro into the world of PCP’s.