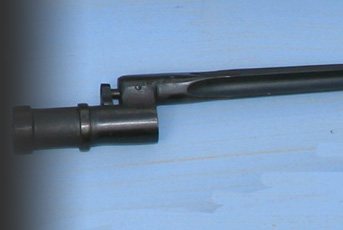 I had already been knocked out by the first Mosin Nagant from Zeta Labs – the M44 – would the full-length 1891/30 rifle prove just as stunning?

Firstly let’s take a look at a few details of the original rifle;

The Model 1891/30 was the most prolific version of the Mosin–Nagant bolt action rifle and was the standard issue rifle to all Soviet infantry from 1930 to 1945. It differed from its predecessor – the Dragoon - in that the older ‘hex’ shaped receiver body was replaced by a simpler cylindrical version and the new flat rear sights were marked up in metres, instead of the older Russian units of measurement ‘arshini’. At the muzzle end of the rifle, the Dragoon’s foresight blade was replaced with a hooded front sight unit, while a stronger bayonet mount and an improved cleaning rod fixture were employed. The Model 1891/30 was also the most commonly used Russian sniper rifle in World War II. To produce a sniper weapon, the standard military Mosin-Nagant M91/30 bolt action rifle in 7.62x54R calibre had to undergo some minor modifications. The biggest change was that the scope was mounted above the receiver, so the short, straight standard bolt handle had to be replaced with a longer version that curved downwards. Early sniper models were fitted with a Zeiss based PE or PEM (4x mag.) but later rifles used the simpler 3.5x PU scope.

The Zeta Labs (ZL) version of the Mosin–Nagant Model 1891/30 is presented in a plain brown cardboard box. Really plain. With no packing whatsoever, which given that you have several pounds of steel and wood in there isn’t the brightest idea.  Inside the box is the rifle itself, along with a resin bayonet and a reproduction Mosin sling.

I had two overriding impressions on seeing the Nagant; I want it and the wood is too good!  It is a truism that the wood work on Russian military firearms was not terribly attractive – functional yes, pretty?  Err, no.  The ‘want it’ came from the almost instant realisation that what wasn’t wood on this gun was steel.  Proper steel, ‘stick-a-magnet-to-it’ steel.  Not pot metal or marzac.  Now that makes a hell of a difference to a replica because the weight is likely to be more realistic and it is going to be a good deal stronger than something made of ropey alloy.  Hefting the rifle did nothing to dispel that initial impression.  I have handled enough real firearms to know when something feels like a gun and when it feels like a replica.  The opportunity to compare it directly with an M38 Nagant confirmed my initial impressions.  This this is a gnat’s hair off the original.  Compared to the 1891, the M38 seemed a mere toy.  In these modern days of alloys and lightweight carbines, it is very easy to forget just how big an old-style long rifle is!  With the bayonet in place I could have easily scratched the inside of my nose without inclining my head at all!  And no, I’m not a 3’ 4” shorty!

The 1891 has an internal magazine concealed by a hinged base plate.  Pop the catch and the baseplate swings clear.  Underneath there is a plastic moulded ramp with a hole at the front and a string with a bead!  It doesn’t take too much imagination to work out that pulling back the string compresses the magazine spring and that the 6mm airsoft BBs go into the hole.  A little experimentation determined that whatever the claimed capacity was, 8-10 BBs was the optimum number.  Release the string, tuck it back in, close the base plate. Trust me, it is as fiddly as it sounds!

Cocking this is an experience.  The large cocking handle sticks out the side of the gun at 90 degrees.  To cock it you have to rotate the handle until it is vertical and then pull it back.  This requires a little force.  Return the handle to battery, point and pull the trigger.  I learned very quickly that cocking the 1891 was best done with the butt against my hip as the process requires a degree of force and leverage.  You will never manage rapid fire with this rifle, and given my comments about the magazine system, that’s probably a good thing!  Initial velocity was around 340 fps with 0.2g BBs, but the ‘clang’ of this thing firing was impressive.  As one customer noted, ‘that sounds like a bloody airgun’.  There is a good reason for that, and we’ll come to it soon.

The hop unit is accessed via a simple screw on top of the receiver, screwing it in increases the amount of hop, out reduces it.  Slightly fiddly in that it requires a small screwdriver, but once set the chances of it moving are next to zero.

So, it’s solid as a rock, shoots well, looks great – could there possibly be any downsides?  That’s obviously a rhetorical question and to answer it we are going to have to delve right to the heart of the Nagant.

The airsoft term ‘Hop-up’ refers to a system built into the gun that allows a degree of backspin to be put on the BB, thereby allowing the trajectory to be adjusted. The Hop-Up unit is usually located to give easy and fast access for quick adjustment to be made. This is done by adjusting a small rubber protuberance in the top of the barrel that creates spin by applying friction to the BB as it passes down the barrel. The Hop-Up effect is altered by tightening or loosening the screw to alter the degree of interference that the rubber ‘nub’ exerts on the BB. The object is to get the right degree of ‘Hop-Up’ or spin, to get the flattest, furthest trajectory – unfortunately it does not affect windage.

Since it comprises so much steel, ZL seem to have chosen to lubricate it with what looks like engine oil.  That is just about acceptable, but it can cause problems, especially around the hop unit.  Furthermore, that lubrication is patchy at best, leading to an occasionally ‘crunchy’ operation.  Finally, the cumulative effect of all that metal banging around inside it does nothing for the security of screws, many of which will loosen themselves all too quickly.  So, take a deep breath, grab the tool kit and dive it.

Space precludes a complete how-to but it is sufficient to say that stripping the 1891 is a wee bit of a chore – not difficult – just time consuming.  With everything apart it was obvious that the oil was having a very negative effect on the hop rubber.  Fortunately the barrel is a standard AEG unit, so replacing the rubber was not a problem.  Stripping out the cylinder revealed a lump of machined aluminium serving as a piston, with a steel sear pin pinned into it and a double O-ring seal.  All the oil was cleaned off and replaced with lith-moly grease.  I also secured the pin that attaches both parts of the piston as I had seen this drift free in another gun.

With the cylinder reassembled and all the remaining oil cleaned off and replaced as appropriate with more lith-moly the rifle became far smoother to use.  Reassembly was straightforward taking time to apply Loctite screw adhesive to pretty much every screw.  The sear unit is unique as this rifle lacks a spring guide, and getting that back in place was… well, let’s just say fun!

In closing, what can we say about the Zeta Labs 1891/30?  The Mosin-Nagant looks and feels like the real thing, with a solidity and weight that most airsoft guns can only dream of.  Out of the box it could use a bit of TLC and hopefully this is something that ZL themselves will address.  It is utterly unique, so do not expect to find spares or upgrade parts any time soon, although that said barrels and hop rubbers will not be a problem.  It’s beautiful, and if you have any kind of interest in period weaponry, it will win your heart.

As an airsoft skirmish weapon the loading system rapidly becomes a royal pain in the backside and it is the only thing I would wish to see changed for a simple magazine.  However that fact is that it is so good in so many other areas that this can be forgiven.