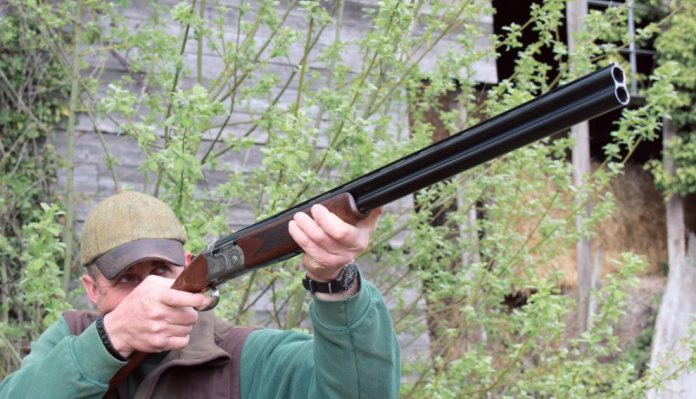 Most shooters know that if they buy a Beretta, they are buying quality, no matter what grade or model they get. During the 1980s and 1990s, the 68 series was extremely popular with the 686 and 687 for quarry shooters and the 682 for the clay busters. Certainly, in my part of East Anglia, nearly every shotgunner seemed to own a 68 series gun in one form or another. Scroll forward a few years and their Silver Pigeon series came out, cutting a long story short, replaced the 686 and 687 as we knew them and, as one would expect, these proved to be no less popular.

Fell in my lap

So, to the test gun, the Silver Pigeon 12-gauge; this is an over and under, single trigger, 30-inch barrelled multi choke. As with the 28-bore that I wrote about a few months ago, it is mine, which fell into my lap as a very nearly new, second-hand gun that the original owner could not get on with. He is a friend of mine and had been muttering about the gun for some time and his lack of success with it; so, I got him to put it up and point at my right eye, empty obviously, and the reason for his missing became apparent.

The stock was straight, but he needed a little cast, as he was looking slightly down the side of the rib. He replied: ‘I’m not wasting any more time with this gun, make me an offer’? I did and he accepted and then it was mine. However, there were a few things that needed sorting for my needs. Firstly, the comb was a little low; secondly, as with all out of the box guns, the stock was too short and, thirdly, the end of the forend flairs out, which I find uncomfortable, as I like to point out with the index finger on my left hand. Luckily, in Suffolk, we are blessed with having several very good shotgun smiths and, after a trip to Trulock and Harris at Framlingham, all was as I required. As some of the pictures show, they did a fantastic job with all three of the alterations.

I digress, the Beretta comes with a standard length of pull at 14½-inches in combination with the 30-inch barrel giving an overall length of 47-inches. Personally, and aside from semi-autos or pump-actions I favour, the specified, longer, 30-inch tube, as I feel balance, is improved. However, on the aforementioned repeaters, when one adds the extra length of the action on a 28-inch semi, it’s long enough already. However, in truth, that’s really down to individual preference.

As with all Berettas, the barrels are chrome-lined, so easily kept clean. The Silver Pigeon comes with a full set of five chokes from Full down to Improved Cylinder; however, ¾ and Full are not suitable for steel shot. Generally, I am a fan of ½ choke and so, as with my other over and under multi chokes, I purchased another one to run a half restriction in both barrels. This gun is chambered for 76mm or 3-inches in old money; so, for those of you wanting to use cartridges with more punch, the chambers are there to let you do so.

The top rib is vented, 5mm wide and finished with the traditional brass bead. Wood is oiled walnut with a pleasing look, but obviously not with the grain that a gun of higher grade would have. However, both forend and butt match well, or rather did before I had the comb raised. The forend, without the end flair on it, I feel, is far more comfortable, but obviously unless changed that is what you would normally get. On the original 686 and 687s, there was no flair in this area, then a redesign saw it added, that change is the only thing I have ever seen Beretta do that makes no sense to me. As we normally find, chequering is of the diamondcut and provides a positive grip to the user. This Beretta weighs in at 7 7/8lbs, so no light weight, but means that heavy loads can be used with more comfort than the shooter would experience in a lighter gun.

This gun balances well, which really comes through in handling; fair enough, it has had work to fit me better. However, over the years, I have picked up and shot a great deal of these guns and they have all felt very comfortable, rather like being an extension of your own body, which is what we should all strive for if we are to shoot well. The engraving on this model is the scroll version, which is all tastefully done. However, for a little more money, the same gun is available with game scenes, if that is your preference?

You could say that in this case, the test gun has had a very extended period of testing, as I have owned it for about eight years; in that time, it has been pointed at and shot at everything from geese to foxes, rabbits to partridges, clay pigeons and everything else in between. I’ve even been known, on occasion, to actually connect with what I have shot at too. Although the use has not been excessive, I have probably put around 10,000 cartridges through it in every load imaginable, from 21- up to 42-grams, but the majority have been between 28- and 32-grams.

All the cartridges fired felt comfortable, which goes without saying in the case of the light loads, but even the heavy ones were fine when used in moderation. Over the time, this Beretta has never put a foot wrong and has certainly given me some very memorable days shooting in challenging conditions. As to whether I would purchase another, the answer is yes, providing funds allowed at the time. However, I would like Beretta to change the forend back to how it used to be or be of the same design that is found on the 28-bore and .410 Silver Pigeons.