Blast From the Past: Browning B525 Hunter Light 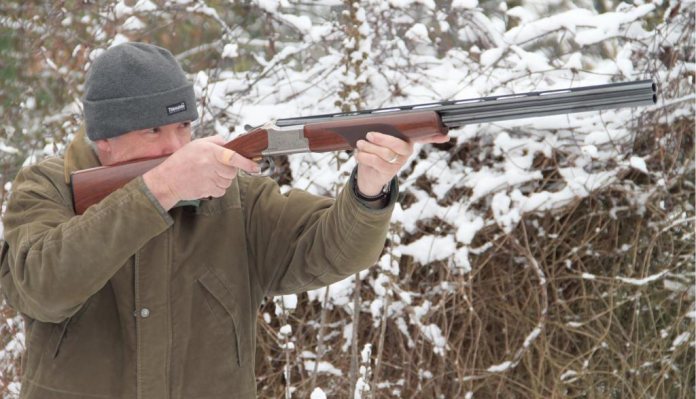 I have tested many a Browning over and under and the 525 model continues to surprise me in the quality and diversity of models and calibres at the price it is offered for.

Brownings always just feel right and have that instant appeal, as they just seem to instinctively handle and point correctly. You have a fine pedigree behind every Browning shotgun and they hold their value well, as they are built to withstand the rigours of daily life and repeated use.

Current 525 models include the Hunter in Game One light and standard, Liberty light and Sporters in laminate, wood and trap variations offering 12- and 200gauge options. They retail for prices starting at around £1500. It can get confusing, as some models are very similar and only the name has changed.

However, don’t forget about the second-hand market place, as quite often, as with so many things in life now, people want the latest model and often p/x a perfectly good shotgun that can be bought at a very reasonable price. This review is about one such Browning, the 525 Hunter Light in 28 gauge, purchased from F.A. Andersons gunsmiths in East Grinstead. A new 525 would cost you £1500; this 525, complete with box and chokes, was £1000. It also came with some Teague chokes and showed little signs of use.

That is why a second-hand gun can be a good choice, as you not only get a good price but quite often a limited quantity calibre, as well as extras are included free, like these chokes.

As I have said, the fit and overall finish on a Browning is very good, they have that indescribable feel of quality workmanship without heft but strength yet having the ability to handle superbly well.

Fit around the action, with regards metal to metal and wood to metal finish, is always very good, a sign of a good gun. But with any second-hand gun, check for splits or cracks, especially at the pistol grip. Browning 525s are pretty sturdy in this respect but misuse and rough handling can split a forend if taken off at an angle and hair-line cracks to the pistol grip if it is dropped.

This 28-gauge was perfect and, although I like a nice piece of walnut on any gun, this model was the grade 1 version. It still has a good walnut with nice straight grain and good colour; in fact, the lack of figuring makes it stronger in the pistol grip area anyway. It also has an oiled finish, again highly practical and long lasting, which is why this gun looks so good and on this secondhand model has been rubbed to a high sheen over time.

It also strikes me with a gun like this, bought for rough shooting a grade 1 or 2 stock is far better, as you don’t have to worry about scratching that grade 6 expensive stock.

The pistol grip is nicely raked and quite slim with the older style chequering to it. This only covers ¾ of the grip area, unlike the new models that have a full coverage, which I prefer both visually and from a practical grip point of view. None the less, it is well cut, with the slim tulip type forend and same chequering pattern.

The wood is actually chosen on these Hunter Light models for density but lightness and are finished off with a simple plastic butt plate, which I still don’t like. New 525 models have the Inflex rubber recoil pads, which are far better.

First released in 2015, the new B525, successor to the 425 or running concurrently, has Browning’s 3-year warranty and an action warranty of 10 years. That’s Browning’s pledge towards a reliable shotgun that can be used at a sustained level with total reliability. That’s the difference between a £1500 gun and a cheap £600 one.

The action has a typically Browning full bodied action design and this Hunter Light model, as its name suggest, is a lighter weight version that uses an alloy frame material with steel inserts at the bearing points for strength.

The monobloc system has excellent lock up, making each 525 feel safe and wellengineered when opened and closed. The ejectors are welltimed and very brisk, making for a speedy reload. The whole action is grey finished, with a nice, tasteful but shallow scroll and leaf engraving, plus the addition of rising pheasants to the left side and rising partridge to the right and the Browning buck logo engraved and filled in gold on the trigger guard. Older models were not steel proofed but new versions have the fleur de lis proof mark.

New model barrels are available in 71-, 76- or 81cm lengths and this Hunter Light model wears 28-inch tubes and has a slim, which I like, rib of only 6mm and has a single large steel bead set at the muzzles. The finish is the usual deep lustrous blue that Browning is known for and is multi choked.

Being an older model the, chokes are Invector only but like the newer guns, come with the Back Bored Vector Pro system and comes with four Invector chokes of ¼, ½, ¾ and full. Here, as I said in the intro, I had a set of Invector chokes and some Teague extended models too, which came with this s/h gun, handy.

There are Browning back bored slimmer barrels too on this model which have 18.8mm bores. This is said to lessen deformation of the passing lead shot in the barrel and thus provide a better more even shot pattern at any range. See the test results, it certainly works.

I chose the ½ Invector choke and set up pattern boards at 30 yards and tried out three differing 28-gauge cartridges. The first thing you notice about this model is how light and agile it is, like a 22 rimfire and it literally flies into the shoulder and points so naturally well.

The Hull High Pheasant loads are available in both No.6 and 7 shot sizes and are 2¾ inch or 70mm case length and hold 23 grams of either pellet sizes. These have a fibre wadding system.

On the pattern boards at 30 yards, I had 67 pellets in the inner circle and evenly spread and 125 pellets in the outer for a 192 total for the No. 6 shot load. Typical Browning; dense even patterns, so no holes for anything to slip through.

The Fiocchi F28 round is a 2¾-inch plastic case that uses a plastic wad and is available in 5, 6 and 7.5 shot size. I had the 24-grams of No. 7.5 shot load and this shot a total of 257 hits on the pattern boards, with 191 in the outer sectors and 74 in the inner 15-inch circle. These were very mild on the shoulder and gave really fantastic, even patterns overall.

For a close-range and light load, the Eley Grand Prix 16- gram fibre wad and a 67mm case length with No. 6 shot is a great, quiet squirrel or woodcock load in woodland.

From the 16-gram shot, I had a total of 142 pellets strikes, distributed 88 pellets to the outer sectors and 54 to the inner portion. The spread was again very even and unlikely to let a bird through and also not ruin the meat if a close shot is accounted.

The Browning 525 series of shotguns in any guise, or way you look at it, are in essence a reliable, great handling shotgun, offering good styling, making them a highly practical shotgun for any level of shooter, all at a very reasonable price point.

I like this second-hand Browning, especially in 28 gauge, as it’s all you need and its quite low recoil and just a bit different; that suits my requirements from a gun.

The patterns thrown were really superb, with all the loads tested so great for fur, feather or clays, making it a shotgun for all manner of sporting opportunities.