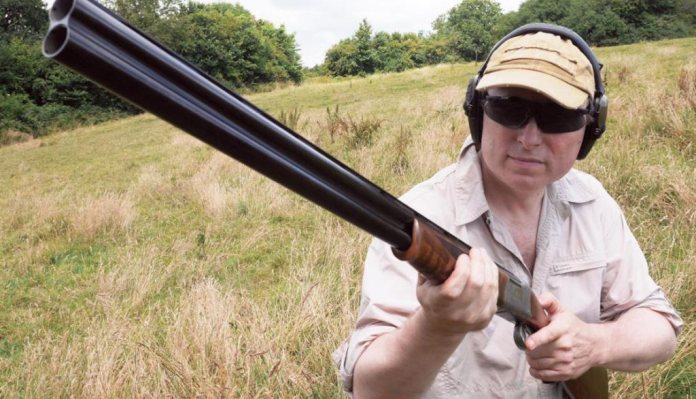 French gunmakers have never received a particularly warm welcome from UK shooters, but Chapuis Armes may well have what it takes to change that. The gun on test here is the C35 Super Orion, kindly supplied by Wilson & Wilson (Fieldsports) Ltd. It is a 12-gauge, with three-inch chambers and 30- inch barrels that are threaded for interchangeable chokes. Chapuis haven’t stinted on these, and the C35 comes with five flush-fitting tubes (cylinder, ¼, ½, ¾, and full) each neatly etched by laser to show the steel-shot proof mark, the degree of choke and the maker’s name, all safely accommodated in a tough plastic box.

The gun comes cased too. The case is a smart, Negrini style affair, with a rugged ABS shell in an elegant dark green, and a claret-coloured plush lining. Inside, further protection is offered to the stock and action, and to the barrel and forend, by a matching pair of jersey-knit slips the colour of dark chocolate, and everything – from the slips, to the choke box, and of course the case itself – is emblazoned with the gold Chapuis Armes logo. There can be no doubt that the firm takes pride in its products and wants its customers to share that pride!

All of this naturally makes a good first impression, but it is nothing but the overture for the Super Orion itself. Slide the two halves out of their slips, fit them carefully together – the fit is so exact as to be almost too tight and you will simply have to stop to admire the gun in your hands.

The barrels are beautifully straight, finely polished, gleam a deep, lustrous black and chime like bells; and the bores don’t let them down. The top rib is ventilated, 7mm wide, and runs straight and true all the way to the gold bead at the muzzle.

The steel body of the trigger-plate action is a model of restrained elegance: the gently rounded profile of its underside being reflected on top, where the fences are undifferentiated from the action body, except by a swoop of engraved decoration. The simplicity of the lines here focus the eye on the subtly contoured head of the spindle, and the sweep of the top lever.

All the furniture – from the top lever to the safety-button, the trigger guard and the triggers themselves – is carefully shaped in three dimensions and very nicely finished, the colour being ‘old silver’ or, pour mieux dire, ‘French grey’.

On this carefully prepared canvas, Chapuis have applied some superb laser-etched decoration. The unified decorative scheme comprises plain borders enclosing a dense pattern of fine foliate scroll, these areas being accented in turn by larger acanthus motifs. The most prominent of these, on the flanks and underside of the action body, frame three lively game scenes depicting flushed partridge, woodcock and pheasant respectively. These scenes owe their liveliness to the sophisticated laser application technique used by Chapuis, which ensures the qualities of the original artwork are faithfully transferred to the surface of the metal.

The etching is not particularly deep, it’s true, but it is still deep enough to bring out the character of the design. It is a complete design too, not just a series of motifs, and it covers not only the action body, but also the top tang, the trigger guard, and the foreend steel, both at the knuckle and on the Deeley and Edge fastener.

Now let us turn our attention to the stock wood. In truth, this is the aspect of the gun that catches your eye from the start. Wilson and Wilson call it AAA ‘fancy’ walnut, but Chapuis themselves wax more lyrical, emphasising its careful selection and describing how the wood for their blanks is “dug out of rugged terrain under personal supervision in places in the Caucasian mountains few people dare to visit”.

After all that effort, I am glad to say that its colour and figure are very nicely set-off by a hand-rubbed oil finish, whilst the fine chequering applied to the sides of the forend and pistolgrip and to the matching walnut butt plate is beautifully neat and crisp. The wood-to-metal fit is also of exceptionally high-quality.

What, then of the gun’s mechanism? Stub hinge pins (trunnions) give the action a lowprofile, and central cocking bars keep it narrow in the beam too, as does the lack of substantial draws and wedges in the sides. Instead, recoil forces are primarily contained by interlocking semicircular lugs in the bottom of the action and monobloc, whilst the gun is held closed by a pair of wedge-shaped bolts that protrude through the sides of the breech face and engage with cutaways in the ejectors.

The test gun has double triggers, which, along with its automatic safety button, confirm its purpose as a gun for game, though a single trigger is standard on the C35. Measured pull weight was somewhat variable at the front, but the average was 5lb 7oz, with the rear trigger being a consistent 7lbs 6oz; an appropriate difference. The C35 also gapes wide enough at the first time of asking to be loaded easily, and the ejectors kicked the cases clear without either difficulty or violence.

So how does it shoot? I wish I could tell you, but the gun was so far from fitting me, or the three other people of varying stature I invited to try it, that very few cartridges were actually fired. Perhaps the stature and shooting style of French sportsmen is different, but much to our regret, none of my would-be collaborators – some very experienced game shots – could get on with the C35.

For the record, the test gun showed a 15 ½-inch length of pull to the front trigger, with drops of 1 5/8-inches, 2-inches and 7 1/16-inches at the comb, heel and toe respectively, along with ½-inch of R/H cast. The overall weight of the gun was good at 6lb 12oz, but it balanced about 1½-inches forward of the trunnions and we all felt it would have been handier with more weight in the stock or shorter barrels.

I have never seen a gun at this price that has been anywhere near as well-finished as the Chapuis C35 Super Orion. Its exceptional looks, standard of finish, and comparative rarity are bound to make it much admired on shoot days. Nevertheless, it seems unlikely it will fit you straight from the case, so you should consult your retailer about the cost of having it adjusted. Or why not push the boat out, take a trip to France, visit Chapuis and get a complete gun built to fit! They are, after all (and as the fine workmanship in the C35 amply attests), real gunmakers who take a genuine pride in their creations.

All told, therefore, this is an exceptionally handsome gun that goes a long way to bearing out Chapuis’ declared raison d’être: a constant striving to enable their customers to experience “the indescribable emotion of hunting with a unique, truly personal firearm”.