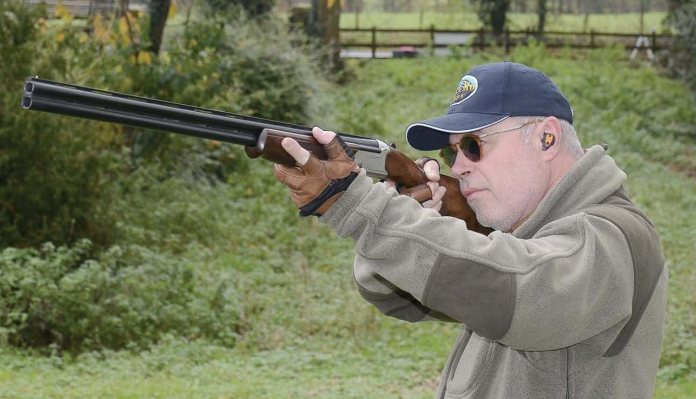 Another new shotgun from Turkey; nothing new in that you’d probably say, as more and more of them appear almost on a monthly basis. So, why is the new Kofs Sceptre so rare? Well, since the Sportsman Gun Centre started importing them, they can’t keep up with demand! No matter how many they ask the factory over in Turkey to manufacture, every Kofs that appears over here is already spoken for to a degree; getting this 28g example for test has been a rather difficult process.

And there’s also a very good reason for this state of affairs. No matter whether it’s the 12g, 20g, 28g (as tested) or the 410, each one costs exactly the same £474.99 irrespective of 28- or 30-inch barrel configuration. And whilst a vast number of Turkish shotguns tend to be much of a muchness, it’s not only the unusual pricing structure that sets them apart. When you’ve looked at, handled and shot with one, you’ll want one. No matter which Kofs fits your personal bill, they’re nice guns, really nice guns.

Open the cardboard box that the Sceptre SXe arrives in and for what you’ve just spent you’ll be pleasantly surprised. The oiled walnut furniture is well-grained, nicely-chequered and fits well. A thick soft rubber recoil pad rounds off the butt, whilst the slender, open radius grip looks elegant, the proportions of which should suit all sizes of hands. The curvature also encourages the correct positioning of the shooter’s grip the moment the gun is mounted, so no shuffling or pre-shoot practice.

The unusual feature is the Schnabel-style forend. Slightly square in profile, although you don’t actually sense this when holding it, along the two extended panels of chequering, it’s the latch that’s curious in its design. The nearest the system can be likened to is that of Browning’s B25, although in the case of the Kofs, it doesn’t actually slide. Physically rather short in appearance, by depressing a small secondary latch at the end of the main lever and keeping the finger pressed against it, the main lever then drops down with a gentle pull, locking the forend into place a reverse of this process. The other noticeable aspect, is that there’s no audible ‘click’ to confirm the latch has locked the forend into place. The design works; it’s just different compared to normal forend mechanisms.

The mechanical boxlock action is of alloy construction, with a steel plate let into the standing breech. Based around the familiar Italian style that has proven its worth time and time again, the satin finished surfaces are decorated by neatly executed and very attractive scroll and leaf work that covers both sides and the floor of the action. The only areas that have been left plain are the top tang that houses a broad, manual safety and a black, short throw top-lever. Underneath, the fixed, chromed trigger blade sits inside a large loop, plain black guard; the size allowing ease of use, even when wearing winter weather gloves.

Fitted with 2¾-inch chambers gives this 28g some serious stopping power, the monobloc construction sees two matte black finished chrome lined barrels, 30-inches in this instance, taper away towards the flush-fit, multichoke muzzles. Narrow vents punctuate the narrow mid-rib, whilst a 4-6mm vented top-rib and small, muffin shaped bead run along the top barrel. All in all, the Sceptre SXe, especially in one of the smaller sub-gauges, is a neat, attractive shotgun.

Size wise, this little 28g weighs in at 6lbs 3oz with a balance point 1¾-inches forward of the hinges, giving the Kofs an even balance feel. Overall length is 47 3/8-inches, whilst length and weight of pull are 14½-inches and a slightly heavy 8lbs average, although a decent gunsmith would be able to lighten them if you felt the urge. As it is, once you’re up and running so to say, you tend not to notice the weight, only how crisp and creep-free the mechanical mechanism actually is, the lockwork’s transfer decisive and efficient, as are the well-timed ejectors.

Leaving the factory fitted chokes of Full and ¾ in place, although there’s a set of five to choose from, thirty or so of Malmo Gun’s clays were matched against the Kofs and a supply of 24g Cheddite Special Tiro 28 fibrewad cartridges filled with 7½s. The Kofs positively shone; the guns mounts in an instant and looks exactly where the shooter has their sight fixed.

And don’t think for a minute you’ll be under gunned, the tight restrictions and potent Cheddite loads lifting even the most distant clays out of the sky. This little Sceptre’s handing verges on wand-like to a degree Harry Potter wants one; every time you bring this shotgun to your shoulder, it’s seemingly on target, 30 clays, 30 cartridges, 30 shots and 30 kills.

It’s probably safe to say that unless you engage a target that common sense dictates is out of reach, you’ll hit what you aim at. Even on longer shots, lead is seemingly non-existent, just to the left or to the right or a fraction above or below, this little Kofs and the Cheddite ammo vapourised them all. All the while the angles and construction of the gun meant there’s no perceptible recoil, whilst the balance and lightness of weight means you hardly know you’re actually holding anything.

After finally having the chance to try a Kofs myself, I can fully understand why Sportsman Gun Centre is having problems keeping up with demand, especially for the 28g and 410s. Technically, there should be no such thing as a bad gun, given modern manufacturing methods, but I can assure you there are plenty of duffers out there. But the Kofs in my opinion now more or less sets the standard for the more than affordable Turkish produced smoothbores. Wellmade, nicely finished, decent decoration, respectable walnut, a full set of multi-chokes and ejectors. Then look at the price tag, handle one and shoot one and your more than likely to place your name on the ‘I want a Kofs’ register!

With thanks to Malmo Guns for making their private clay shoot available and for supplying the 28g Cheddite Universal Trap cartridges.