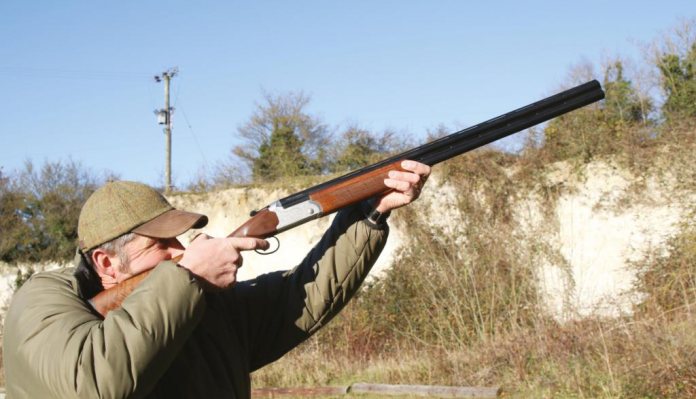 I know I and others keep saying the same thing, but the list of Turkish gun makers, with products available in the UK just seems to keep growing; obviously, this can only be good for us shooters, offering more choice. Sportsman Gun Centre are the importers of the Kofs range of shotguns, and as with some of their other products, I feel they are onto a winner; indeed, with this brand, demand is outstripping supply!

The gun in question is the Sceptre SXE over & under in 12-gauge, these are available with either 28” or 30” barrels and are all multi choke, being supplied with a set of five as standard. Chambered for 3” cartridges and the chokes are rated for steel from half choke and down. Barrels are chrome-lined with a 5mm rib and brass bead, both complement each other perfectly. The feel is of a lightweight gun, which is mainly brought about by the alloy action and vented barrels, that weighs in at only 6lbs. However, it feels robust enough and balances very well, the point being just in front of the hinge.

The ejectors are strong; throwing the fired cases a not inconsiderable distance away from the shooter. If you had someone standing behind, they should need to keep a wary eye on where they fly. The safety catch is mounted on the tang and manually operated, rather than automatically returning to safe when opening the gun. Operation of the safety was smooth considering the test gun was brand new and would no doubt only improve with use. Barrel selection is achieved by moving the safety from one side to the other, as is normal with single trigger shotguns, and again this was easy to do.

As I have now come to expect from Turkish guns; the wood is of a much higher grade oiled walnut than one would imagine would be found on a gun of this price. Chequering is the commonly used, diamond-cut and it is not too sharp, whilst still providing a positive gripping surface. The stock is straight, and the length of pull is at 14 ½”, the forend fits comfortably in the hand and the pistol grip is a sensible size that is not uncomfortable for large or small hands. Engraving is a pleasantly understated scroll design that looks better than it ought to considering the price bracket the Sceptres fall into.

There is a large range of guns available from Kofs, in both adult and youth sizes, they are made in 12, 20, 28 and .410, so something to choose for all. With the resurgence of the 28 bore and .410 amongst adult shooters in more recent years, having these two calibres is a very wise move indeed. These Kofs 410s and 28s are proving to be very much sought after, with pretty much all the guns in shipments having been pre-booked by gun shops before they land in the UK. I am only hearing good things about them, especially with the 410 having an adult-sized ejector with a modest price tag, which is very appealing to those wanting to relive the shooting experiences of our youth!

For the shooting test, I used the Sceptre on clays and for some pigeon shooting. It handled very well, coming to the shoulder smoothly. Though, and as usual, I had to add a temporary extension to the butt, making it just over 15 ½” for my long arms, so that I could point naturally at what I was shooting at. The comb provided a comfortable head position and allowed me to look straight down the rib, as I would with my own guns. Despite being a lightweight gun, there is enough meat or substance to the forend and pistol grip to not feel like handling something that is too small or not substantial enough and it did not feel like swinging a toy around. I fitted ¼ and ½ chokes, which patterned well with commonly used loads and shot sizes with both plastic and fibre wads, and certainly for me the gun shot where I looked. When shooting the clays on a simulated day the Sceptre got hot but carried itself well with no ejector problems or misfires. A word of caution though; the release catch for the forend did heat up considerably, which would be uncomfortable if not wearing a glove!

As to cartridges, I used those commonly used in 12-bores, from 21 up to 36-gram loads, I must admit I did draw the line at shooting anything over this, as the 36s were kicky enough! Up to 30-grams any shooter should be able to handle them all day long, the 32s were noticed more in the shoulder. However, using a moderate amount of them in a day would cause no great discomfort. But if one was to have a busy day in a pigeon hide or a simulated day on clays you would feel it! Moving up to the 36-gram loads, you certainly would not want to fire many of them, as I certainly felt them. Realistically, unless wild fowling or perhaps on a fox shoot, the average shooter would probably not use cartridges this heavy and then only a very small number of shots. But overall a nice gun.