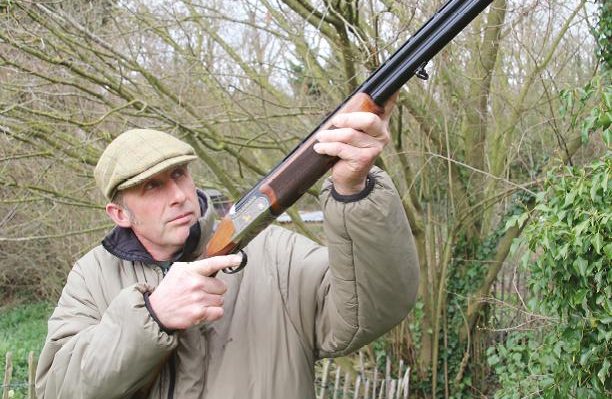 Until last year, other than to say; I have heard the name, I was not acquainted with Marocchi shotguns. Viking Arms, the distributer, sent a semi-auto for review, which proved to be impressive; so, looking at one of their over and unders was the next step. Marocchi is an Italian manufacturer, with a pedigree that goes back the better part of 100 years, their reputation, at home, is as a quality producer of well-priced guns.

The test gun is a DL14 E (Ejector), the model on test is a 28” barrelled multi-choke, although they are also made with tubes from 24” to 30”; so, something for everyone. The top rib is vented, 7mm wide and finished with a traditional brass bead. There are five chokes supplied from FULL to CYLINDER; a word of caution though, there is no mention if they are proofed for steel shot in the instructions or on their website. Odd, as with other of their model’s steel proofing is mentioned. So, I would advise you do not put steel shot through this gun, unless you have obtained a set of chokes that are definitely proofed for that purpose.

For testing, I fitted quarter and half and found that the latter, as is often the case with European guns, is fairly tight. This is not a criticism, but a characteristic I rather like. The chamber is for 3”/76mm cartridges, there’s a single selective trigger and a non-auto safety, which also provides the barrel selection, all features we come to expect of any over and under worth purchasing nowadays.

The receiver is an aluminium alloy, making a considerable saving on weight, which shows a brushed nickel finish and game scene engraving, the quarry depicted has been done in yellow metal, but the most striking part is the attention to detail, particularly the Grey partridges! Wood is oiled walnut; nothing fancy, whilst still being pleasing to the eye. The chequering provides a positive surface to grip, being of the commonly found diamond cut; it is not too sharp and there is a little style shown with the shape of the areas on the forend and pistol grip.

The DL14 is one of those guns that makes you think when you first look at it, this does not look too bad, and then you pick it up, put it to your shoulder and the next thought is I can not miss with this. It is at this stage when you realise, as I did, how much thought had been put into the ergonomics of the design, combined with the desire to keep the weight down. Weighing just 6 3/4lbs it feels as light as a feather, but not to the point that it is uncontrollable. Length of pull is 14 3/4” and there is an overall length of 45 5/8”, as with the semi I looked at last year; it is encouraging that LOP is slightly longer than often found on shotguns. Although still too short for me, it will doubtless be more suited to a greater number of shooters and if it is too short there is less to build up to obtain the correct length.

Marocchi are very much looking at this model of First as a light weight, walked up shooting gun. Something else that is highlighted by the sling attaching point on the barrels and the stud provided to screw into the stock. There really has been a great deal of work put into the design, this gun just feels right when mounted in the shoulder and getting it there is effortless, but not to the point that the shooter loses control of the gun and does not acquire the target quickly. To be quite honest, I did wonder if it was just me, so asked several friends what they thought, they also came to the same conclusion that it handles more positively and is far more naturally pointable than one would think based on its weight alone.

With the driven game season over and long trapping lines to walk around, this gave me the perfect opportunity to try the DL14 in the field, for what it is designed for. As a light weight gun for walking around with, you would have to ask yourself what more could I want, as it works really well. I used 28, 30 & 32-gram cartridges and was very pleased with the lack of perceivable recoil, no surprise with the lighter loads but the 32s can be quite punchy in some guns, pleasingly not so with the Marocchi.

I did, albeit, tentatively put a handful of 36-gram loads through it and, although they did not feel too hard on the shoulder, they did cause the gun to jump about a bit, which in turn required more time and effort to reacquire the target. I cannot imagine that Marocchi had the regular use of heavy loads in mind with the First. However, this is the sort of gun you can walk around with all day and not know you had carried it, or be sat in a pigeon hide firing several shots and not end up with an aching shoulder or bruised face at the end of the day.

This reminds me very much of some of the other lightweight guns I have used, but to me felt more controllable and also more affordable to a greater number of shooters. Priced at £1045, I think this represents good value for money from an Italian manufacturer, although for the smaller calibres 20, 28 & .410 the price goes up to £1220.

There are only two niggles that I have. First, the sling attachment on the barrel, I would rather that was not something that requires a gunsmith and added expense to remove and secondly the steel shot issue. Whilst I appreciate this is not designed as a wildfowling gun, for the average rough shooter, wildfowl are very much on the menu and having to use an alternative to steel shot could very much be the determining factor behind purchasing this shotgun or not. Having said that, aside from those two points, I feel that this is a gun anyone would be happy to own and shoot.