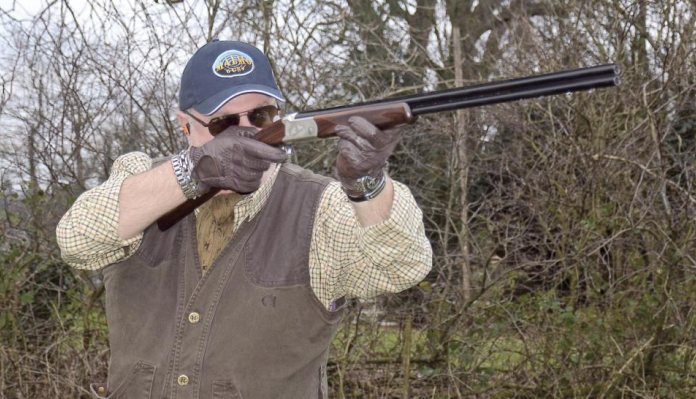 Whilst the Americans can’t get enough of .410s, over the years the UK popularity of what can also be referred to as the 36-bore has waxed and waned. For far too long it was regarded almost exclusively as the ‘starter gauge’, which meant it was nothing more than a child’s shotgun, the one junior took his or her first steps with, more often than not an unloved and aged single-barrel affair. However, in the right pair of hands the .410 is as effective as any shotgun, whilst the advent of new ammo also means the killing power of the .410 now transcends most shooter’s expectations.

Now, whilst there’s now quite a plentiful selection of .410s on the market, most of them well-priced and the bulk of them originating from Turkey, irrespective of the name they display. But it’s more or less safe to say that it’s the Turkish manufacturer Yildiz, in conjunction with UK importer Entwistle Guns, that the popularity of the .410 has once again reached significant levels. And when I say popular, Entwistle guns have in many ways created a rod for their own back; since they regularly struggle to keep up with demand, as soon as these fantastic little shotguns have been placed in stock, they’ve gone again. And when you’ve shot with one, you’ll understand as to why.

Complete with a set of flush-fit choke tubes, although you’ll probably keep the restrictions as tight as possible, the .410 is ready to go the moment you’ve assembled it. Buyers have the option of 26-, 28- or 30-inch barrels, the longest option here on test. Finished in matte black, with a low stanchion 7mm vented top rib and small brass bead, the mid-rib is semivented towards the muzzles and solid to the rear, both nicely finished tubes culminating in three-inch monobloc chambers with extractors or ejectors should you so wish.

Fitting neatly into an alloy over-under mechanical boxlock action, a small plate is screwed to the action face allowing easy access to the firing pins and basic lubrication. The exterior surfaces are ornamented with basic games scenes of partridge and scrollwork, along with a spaniel underneath. There’s also a broad polished trigger guard and an elongated top-tang with a short throw top-lever and a broad automatic safety. Where this diminutive shotgun comes into its own is the furniture, the semi-oiled slender Schnabel forend, slim grip and game stock besides being neatly chequered should suit most shooters, the gentle cast meaning it’s as near ambidextrous as it gets. All that remains is the chequered plastic buttplate that rounds off the carefully profiled Stock.

Dimensionally, the Yildiz .410 boasts as near to universal measurements as it’s possible to get. Weighing in at 6lbs 2oz, with a balance point one-inch in front of the hinges, the overall length of the 30-inch barrelled .410 is 46¾-inches with a length and weight of pull measuring 14-inches and tad heavy 7lbs 2oz. With use, the trigger will lighten, or a decent gunsmith will be able to ease the weight, if only by half a pound or so. But as it is, the weight is more than acceptable for a game gun.

Testing the Yildiz .410 also gave me the opportunity to try the new three-inch 18g Cheddite Calibro .410, complete with the cork wadding. Incredibly smooth to shoot, it’s ammunition such as these cartridges that have rejuvenated the attractiveness of the .410, by giving the smallest of the sub-gauges genuine hitting power.

Leaving the chokes as they left the factory at ¾ and ½ and walking onto Malmo Gun’s private clay layout, the effectiveness of the Yildiz and the Cheddite shells was immediately apparent. The gun mounts effortlessly and swings with ease, whilst the flatshooting attitude gives this gun almost rifle like qualities. If you have to keep one thing in mind, it’s the fact that this little Yildiz moves so easily you have to be aware of the muzzles getting too far ahead of their intended target.

The stock’s shape and dimensions are remarkably comfortable, whilst the almost willowy grip and forend allow the shooter to keep the .410 fluid, the gun’s ability to accelerate and decelerate whilst changing direction at the shooter’s will a joy. And when loaded up with quality three-inch cartridges, filled with 7½s, you’ll be genuinely surprised as to how the gun lifts long distance out of the sky, the clays not just breaking but shattering.

At £625 as tested, this little Yildiz is a gift that’ll keep on giving or if you insist, £825 with the ejectors fitted. Personally, when it comes to .410s I prefer non-ejectors, since pulling the empties out and stuffing them into your pocket is all part of the pleasure of shooting with one. Equally, I’d personally recommend the 30-inch version as tested, the longer barrels slowing things down just a little bit. As a dedicated shotgun for vermin or a lightweight partner to accompany you around the hedgerows or small woodlands, you’ll struggle to find a better, more efficient friend.

This little Yildiz is a nice-looking shotgun, is well-built and finished and in non-ejector guise great value for money. And should son or daughter want one, there’s also a junior model with a 13- inch stock and 26-inch tubes. But if you are buying a Yildiz .410 for one of your children or maybe your wife, er towards the full sized stock, since you’ll be able to borrow it, if only to ensure that you made the right choice. And I guarantee this will be one .410 that doesn’t end up stuffed away in the back of your cabinet. You’ll also be quick to understand why these shotguns and the .410 gauge are once again becoming as popular as they are.

With thanks to Malmo Guns, (www.malmoguns. com), for the provision of the 18g Cheddite Calibro .410 three-inch cartridges and use of their private layout.