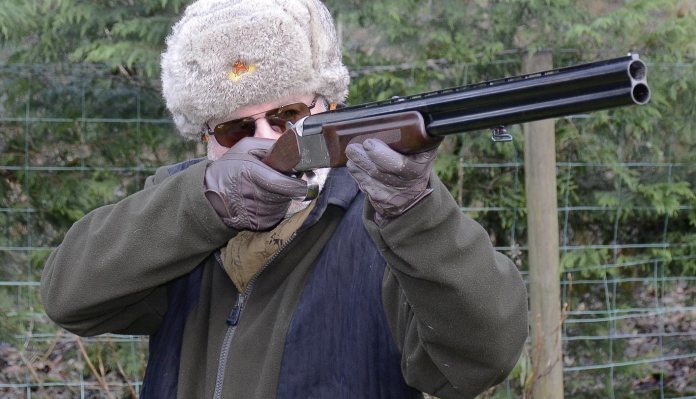 When I started shooting all those years ago there was only one budget-orientated shotgun brand and that was Baikal. The butt of every known shotgunning joke, the great thing about these Russian shotguns was that they were cheap to buy, rarely, if ever, went wrong and would stand up to years of neglect and abuse.

Move on more than a few years and when Gunmart ran a competition for two readers to enjoy two days hunting in Sweden, the guns we used were Baikals, duct tape holding the forend in place on the one I used. Of indeterminate vintage, it might have been old and well-used but it still shot well and handled magnum loads as if they were nothing out of the ordinary.

Why Baikals? You might ask. Nothing to do with the price, it’s because, according to the locals, it was only these Russian-built shotguns that would standup to the harsh Scandinavian conditions. To a man the consensus of opinion was ‘If it’ll stand up to an Ivan, it’ll stand up to anything’, a more than laudable theory given how cold it seems to be all year round.

If Baikals have a problem here in the UK, it’s that the various Turkish makers now build more refined shotguns for the same price. Similarly, if there’s one thing about a Baikal, it’s that it’s not in the great scheme of things the most refined 12-bore you’ll ever handle. Solid and reliable, these Russian shotguns have always had that roughhoned from solid sensation. The sort of shotgun that not so much ideal as a regular companion in a 4x4, but an over-under that’ll positively leap in the driver’s seat.

Since Baikal originally came into being back in 1942, all their shotguns have been plain and straightforward, the somewhat infeasible named 27EM-MIC (on test here) being no exception. That said, the one on test was the upmarket version complete with a nickel-plated silvered action with two small scrolls added and stippled fences. Apart from that the gun is identical to the more familiar black action version of the same unfathomable name.

Inside the usual blue and white box, complete with a wolf leaping off the lid, is a gun clad in a dark oiled walnut stock with a deep honeycombed recoil pad. Fitted with sling swivels whether you want them or not, the oiled timber has been selected to last, the oil finish deep and rich. The grip is narrow and open, hinting that most users of this Baikal will probably be wearing gloves, the forend’s Beaverstyle profile providing a good, firm grip, small panels of well defined checkering adding to the security of the shooter’s hold.

Marked up as 28 inches, the gloss black monobloc, three inch chambered barrels are actually 28 3/8 inches or 72mm in length, the Russians it seems preferring metric measurements. Finished with a 5mm low vented top-rib, a small bead and a solid mid-rib, the tubes are beefy and solid, once again reflecting the Baikal’s purpose in life, a fact confirmed by the three flush fit choke tubes – ¾, ½ and ¼ – all aimed at the hunter. Whilst the chokes are somewhat basic, take it from me, they throw an excellent pattern.

The aforementioned steel action is most definitely old school. Deep and substantial, this mechanical boxlock has been conceived and built with longevity in mind. Locking up via a broad extending bar situated at the bottom of the standing breach, frippery and ornamentation are the least of Baikal’s considerations although they have seen fit to add an automatic safety, barrel order determined by pushing the bottom of the long lozenge-shaped catch to one side or the other. And for those with larger fingers, the trigger sits within one of the most commodious guards to be found on any shotgun to a degree you can almost get your hand in it.

The instant you hold the 27EM you’re fully aware that this gun is a hunting tool, designed to put food on the table. Weighing in at 7lbs 2oz with an overall length of 44¾ inches, the gun mounts and shoots relatively fl at, a fact confirmed by the Arrow Laser Shot. Drops at comb and heel are a comfortable 1 7/16 inches and 2 3/16 inches, although the length of pull is a rather short and somewhat unusual 13 13/16 inches, meaning the gun sits quite close in. Lastly, trigger-weight is a more than usable, predictable and creepfree 5lbs 8oz, meaning that, gloves or not, the shooter knows exactly what’s going on when it comes to firing the gun. Given the rather short stock, some shooters might find a slip-on recoil pad will add the necessary length, but as it stands, whilst the Baikal is no clay breaker, as a fast handling, snap-shot 12-bore, its up there with the best of them. On target with the first barrel away as the butt starts to come into the shoulder, the Baikal balancing around a point about an inch in front of the hinges, the neutral handling and equal weight distribution allows this traditional Russian hunting gun to handle with smooth movement. Equally, the ejectors are strong and well-timed ensuring the empty cases are thrown clear as the gun opens.

Shooting a few clays to get the feel of the gun, the main testing was on and around Huntroyde’s rabbits, crows and squirrels. Choked ½ and ¼ and loaded up with Eley VIP Game and Pigeon shells the only remaining thing to do was oil the gun. Noticeably stiff and void of lubricant, a healthy dose of Ballistol oil and grease eased the opening and closing, 50 or so shots loosening the gun a little more.

The overall feel is a step back in time, although somewhat familiar for those older shooters amongst us. Pull the trigger and there’s a definite clickbang- release-bang-open, the mechanical feel and sensation echoing the style of shooting from 50 or so years ago. Don’t get me wrong, there’s nothing whatsoever wrong with this, the fact the gun needs a faintly more deliberate approach all being part of the charm.

In many respects the 27EM-MIC is something of a time warp, Baikal having stuck rigidly to a time-proven design and style. But for £439.99 or £399.99 for the black action and the option of slightly longer barrels if you so wish, you aren’t being stung at prices like these. Old-fashioned it might be, but this Baikal has a degree of appeal that budget Turkish shotguns have yet to discover. The 27EM won’t fascinate or interest every shooter, but for those who remember their early shooting days, it’s the perfect way of recalling how things used to be. And for anyone looking for a 12-bore that’ll keep going no matter what you throw at it or are in need of a shotgun they can abuse all day, every day, then here it is.

The Russians have been manufacturing these shotguns for over 70 years, more or less, exactly how they used to be. Reason being: if it ain’t broke don’t fix it. Baikal’s latest offering tangible proof that the design has more than stood the test of time. And no matter what shotgun you own and use today, if you owned or were even lent a Baikal back in the day, it’s a shotgun you’ve never forgotten, Sportsman GC’s latest offering allowing shooters both young and old to discover that you can’t keep a good Baikal down.