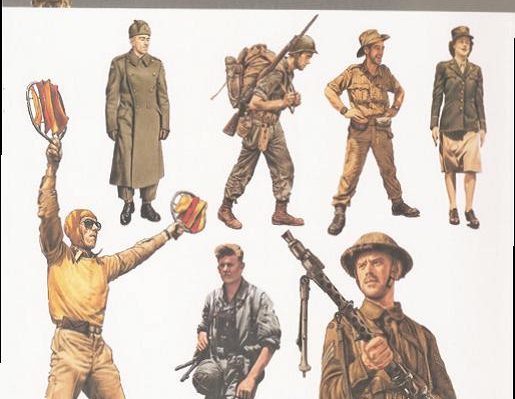 Occasionally a set of artwork is created to illustrate a work and the standards reached by the artist are nothing short of superb.

This is one such set of artwork to reach that level, which can be classified as a masterpiece. The artwork was originally used in the part-work series World War II, published by Orbis back in the 1970s, where it supported the photographs in a separate volume. This artwork has been used to present books before but never in such a large-scale format. This really is a brilliant use of artwork showing privates to pilots, corporals to colonels and male and female figures. All armed forces of all nations at war are shown here and they represent invaluable reference material to modellers, re-enactors and collectors. As a general read this is fascinating stuff, with concise text to accompany each illustration, which can lead on to further in-depth reading on the subject.