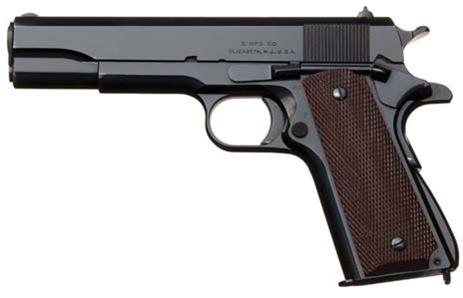 The 2017 December Premiere Firearms Auction promised a year-end extravaganza with extraordinary results. It did not disappoint. Eager collectors across the country snatched up firearms for their collections and left with a smile. Across the board, regardless of genre, amazing prices were achieved as outstanding collector firearms found new stewards. When the sun set on the third day of auction, the sale had amassed an incredible $15.7+ million in sales, contributing to the more staggering over $63 million in sales for all of 2017, further cementing Rock Island Auction Company as the #1 firearms auction house in the world since 2003. Last year’s industry record seemed unbeatable, but we’ve never been so happy to be proven wrong by loyal, passionate, and dedicated collectors.

Friday began both the sale and the month with a bang. Not 200 lots into the sale, the staghorn-gripped, Colt Single Action Army revolver inscribed to Texas Ranger Joaquin Jackson in lot 197 found a Western enthusiast who paid $37,375 for the privilege. Lot 229 housed a masterpiece of contemporary engraving and gold inlay courtesy of a Smith & Wesson 629 double action revolver originally created for the benefit of the 1980 Olympic shooting team. Its craftsmanship was readily recognized en route to a $48,875 payday. Shortly thereafter, the exquisite cased, engraved, and gold inlaid Colt garniture set in lot 290 was sold for $74,750. In surprising fashion, an extremely rare factory engraved Winchester Model 42 Pigeon Grade shotgun with an extra barrel in lot 352 nearly tripled its expectation and also brought $74,750. The day continued in a similar exciting fashion until the last lot was hammered and sold.

Day 2 was a monster of a day and had the sales results to prove it. Any genre you can name featured an extraordinary result. Here’s what went under the hammer…

Lot 2126 with its stunning Samuel Colt cased presentation Model 1862 Police revolver provoked the slugfest of the auction! Back and forth the collectors went until one finally bowed out and the prize was had for a whopping $460,000.

The rare, well-documented Winchester Model 1873 “One of One Thousand” rifle in lot 2006 with its myriad special order features was another star of the sale when it achieved $448,500!

RIAC was honoured to be entrusted again with the World Record Singer M1911A1 pistol. Previous sold by RIAC in 2010 for $166,000, the finest example known outdid itself once again when it crossed the block for a remarkable $414,000 – more than DOUBLING its own previous world record.

The craftsmanship present in the Holland & Holland arms available were undeniable to any who saw them. The Philippe Grifnee engraved and inlaid pair of Royal Deluxe over and under shotguns in 28 gauge were smothered in an exquisite fantasy motif and formerly of the Robert E. Petersen Collection. These fresh-to-market arms in lot 2312 were carried off in their bespoke case for $299,000 to a noteworthy collection.

Prototype ‘Baby’ Lugers are ultra-rare and bear Georg Luger’s own initials on the rear toggle. This being only one of three or four known to exist, the competition for the diminutive prize in lot 2636 was fierce and only stopped at $92,000.

The magnificent Boutet pistol in lot 2260 rightfully belongs in a museum, as do so many other pieces from the Parisian master. Thankfully, this one remains in private hands and will continue to be appreciated by a new collector who offered up $63,250 for the single pistol.

The final day brought many a determined collector through our doors. That made itself apparent early when the Colt ‘Baby’ Paterson No. 1 (4th Model Ehlers) in lot 3068 inspired bidding that ended at $74,750. Exciting fully-automatic arms helped end the auction on a strong note. Lot 3692 contained a cased, 1921/1928 U.S. Navy Overstamp Thompson machine gun that achieved $75,000 – far above the usual range for these iconic arms. Likewise, lot 3695 and its converted ‘Ma Deuce’ surpassed its low estimate and sold for over $43,000. A Heckler & Koch MP5 in lot 3706 blew past its $9500 low estimate for willing bidders who pushed the figure to $40,250.

Out with a bang

Across the board and regardless of genre, collector firearms sold at fantastic prices. The items that sold did so for $2.3 million over the low estimates! That is an incredible feat and the perfect way to end the year, but we’re never finished. 2018 is shaping up to be an incredible year. Coming next year will be incredible collections, powerful tanks, and more we are not yet able to mention. Consign alongside these significant and attention-attracting collections. News of these collections will spread like forest fire, reaching vast numbers of hunters, shooters, collectors, and investors. Consign alongside them and your items can enjoy the same bright spotlight. Contact our Acquisitions Department today at guns@ rockislandauction.com or by calling us at 1-800-238-8022. There is no charge for us to provide an estimate of what your items may bring at auction. Build off our success and reap the benefits of what promises to be a very successful 2018.