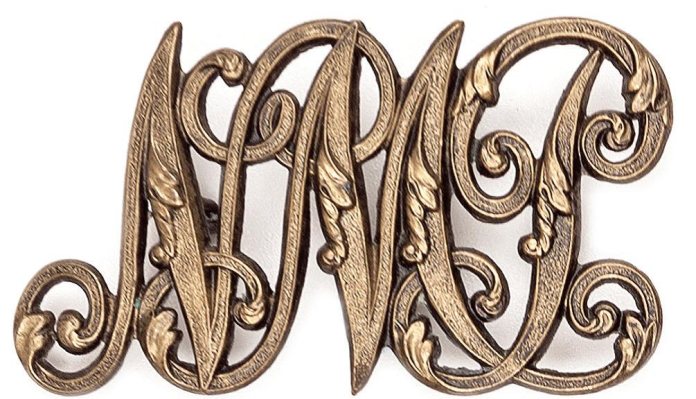 Traditionally, very few auctioneers hold sales during the first half of January, and in the past many people believed that prices were poor during this month.

However, at Wallis & Wallis, we have always held an auction in January, as we believe that many buyers are keen to get back into the swing of things after the long Christmas break.

Each time it was a great success and this sale proved to be no different with prices in most areas exceeding expectations. The room was busy and, as with our other recent sales, this one saw high prices being paid by both trade and private buyer, again showing that this collecting area remains incredibly strong.

The last 12 months has seen a dramatic surge in the use of live internet bidding using such services as the-saleroom.com. This has increased to the extent that we have now added a second Internet bidding service, Invaluable, to help our buyers. Many internet bidders were successful in buying lots at this sale without the need to attend the auction in person.

The auction was varied in its contents, but we start with a badge and this pre 1894 brass helmet badge of the Natal Mounted Police, the large script NMP with lugs. It was in good condition and sold for £270.

This shows a most interesting darkwood truncheon relating to the General Strike, May 1926, and the Austin Works in Birmingham, bearing gilt, blue and red steering wheel and wings logo and ‘The Austin Motor Co Ltd, Longbridge, Birmingham’ within a circle inscribed ‘Birmingham Special Constabulary’, crowned GVR cypher, and a scroll ‘May 10th, 1926’, all within gilt scrolled borders, shaped grip, 15½-inches long. It made £300.

Moving very much up-todate, we have this multifunctional Wenger ‘Swiss Army Giant Knife, 2007’. Somewhat large to be called a pocket knife it contained 87 tools and offered 141 different functions, with maker’s certificate and Guinness World Records certificate for the ‘most multifunctional penknife’. It came in its case, within the cardboard box and was in mint condition. It sold for £500.

Despite scare mongering about what might be the future of deactivated firearms, we saw strong prices being paid for several examples. First we have this good de-activated 9mm P08 Luger self-loading pistol, number 803 (or 03) on all parts, the breech dated 1940, and with Waffenamt marks, the toggle with maker’s code ‘42’ (Mauser Werke, Oberndorf am Nechar), and with chequered wood grips and Waffenamt marked magazine numbered 777. It was in very good condition but the toggle had limited movement just sufficient to cock the action. The certificate of deactivation had the correct serial number but described it as a Mauser. It sold for £975.

Although it is scarce to find de-activated MP40s in good condition in auction these days there have been several examples sold in the last 12 months. This was probably one of the best good ‘old spec’ German MP40 Schmeisser machine pistol to come up for sale. It bore number 4227 (or 227) on all parts, with maker’s code ‘bnz 42’ (Steyr Daimler Puch, Steyr, Austria), with Waffenamt marked magazine and original leather sling. The certificate of deactivation was dated July 1990. After much competition it finally sold for £3100.

This shows a good ‘old spec’ de-activated US Model 1928 A1 Thompson Submachine gun, number 257810, by Auto Ordnance Corporation, the top frame with Thompson trademark and stamped ‘Tommy Gun’, with drum magazine and webbing sling. It was in very good and clean condition, with certificate of deactivation dated February 1995. It made £1400.

Staying across the Atlantic in America, but this time over a century earlier, we had this rare American Revolutionary period rifleman’s hunting bag of brown leather with wrap around white buckskin edging. The powder horn, was grooved near the nozzle end to take a loop on one strap, the other strap being attached to the wooden base by a staple and peg, a small horn ‘cup’ and wooden handled pricker also being attached to one of the straps. (See ‘Swords & Blades of the American Revolution’ by Neumann, p231, for a similar bag with horn). It made £475.

Baker rifles are scarce and sought after. We have several examples coming up in our Spring Connoisseur Auction on 17th and 18th May (see later). Accessories are also particularly desirable as can be seen from these next two lots.

The first was a P1815 socket bayonet for the Baker rifle, the slot concealed by a locking ring (see The Bayonet Book by John Watts and Peter White, p288 and no 700). There were no visible markings and the blade had some wear, but after much competitive bidding it finally sold for £875. Next was this scarce P1823 bayonet for the Baker rifle, with hollow triangular section blade 16½ inches long. It had a brass hilt with plain crossguard, ribbed grip and spring stud catch. It was in good condition and also attracted much competition before being finally knocked down to a bidder in the room for a very healthy £2800.

Moving to Japan we had this WWII Japanese officer’s sword Katana, with 26¼ inch blade signed Kaneju. From the Showa period, it had regulation mounts, stud fastener, lace sword knot and leathercovered saya. It made £725.

Six Of The Best

Finally, we show this charming six-shot 160 bore self-cocking bar hammer semi-open frame transitional percussion revolver, 9½ inches overall, with four inch octagonal barrel engraved ‘J Harkom, Edinburgh’ above plunger type rammer. Birmingham proved, the fluted cylinder with chambers numbered 1 to 6, the lower frame strap with spring catch which releases the barrel allowed it to be unscrewed. There was a hand-operated safety catch underneath which released automatically when the hammer was raised. It was in good order with dark patina and light pitting to barrel. It sold for £1700.

The sale included an archive of material related to the Henry Cumley, a Derby based Rolls Royce engineer seconded to the R100 airship programme from August 1929 to October 1930, during which time he accompanied the airship on its epic tour of Canada as a flight engineer responsible for one of the six Rolls Royce Condor engines. The large collection had many personal items including his Airship Engineer’s licence No 20, for airships fitted with Condor engines, dated 23rd May 1930 and with Air Ministry stamps (actually an Aircraft Engineers licence with the word ‘Aircraft’ crossed out and ‘Airship’ typed above). The archive sold for £650.