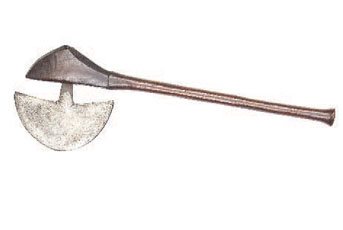 This very interesting auction was for a single owner collection of Zulu items including spears, clubs, shields and other fascinating objects. The collection belonged to the late David Smith, who specialised in Zulu memorabilia, much of it from a period when Britain was at war with the Zulu nation in the late 1870s. The shield illustrated in the report for example is one that would have been used at the time of Isandlwhana and Rorke’s Drift.

The sale was held on 22nd January 2014 exactly 50 years after the release of the ﬁlm “Zulu” and contained many rare and desirable Lots bringing interest not only from buyers in all parts of the world but particularly in South Africa, where many items were bought by collections and individual collectors. A large number of items from this sale will be on display in public collections. Zulu specialists have said that it is unlikely that a private collection of this quality and quantity will ever be seen in one place again.

We start with a large 19th century Zulu status necklace comprising a row of lions’ teeth, the largest one being 3-inches long. It is similar to those worn by King Cetshwayo and other Zulu dignitaries seen in contemporary photographs. It was in very good condition despite the cord having been replaced. It measured 10-inches in diameter. There were three such necklaces in the Sale, each proving of great interest. This example sold for £1500.

A similar 19th Century Zulu status necklace, this time smaller, measuring 8-inches diameter was also sold. It is likely that the teeth are those of a jackal or similar carnivore, each tooth alternating with small spotted trade beads. It was in very good condition and sold for more than the previous item, at £2400.

An impressive Zulu axe, possibly mid-19th century, with a large half-moon shaped blade worked from steel sheet and set into a dark hardwood handle, was sold for £1150. It measured 23-inches long and the blade was 7-inches long and 3¾-inches deep.

Of all the souvenirs brought back by soldiers and tourists from southern Africa, the stabbing spear is the most common. Of course many of them are tourist items, but this collection contained genuine items including an example of a large bladed Zulu stabbing spear ‘iklwa’ of classic form. The blade was 18-inches long and 2-inches wide and showed signs of prolonged use and wear by sharpening. The haft was 28-inches long with characteristic swollen end and neat split cane binding. It sold to a South African buyer for £1550.

Another historic Zulu stabbing spear probably witnessed the battle that saw the ﬁnal destruction of Zulu military might, the Battle of Ulundi. It had a heavily ﬂuted blade, which was a little roughly hammered, and a hardwood shaft with cowhide binding, the shaft engraved ‘Ulundi 1879’.

It measured 50½-inches long overall including the 9-inch blade. It drew much interest from all over the world and four telephone lines were bidding at one point in competition with several Internet bidders. It ﬁnally sold to a bidder in South Africa for £6000. Note: The battle of Ulundi on 4th July 1879 was the ﬁnal battle of the Anglo-Zulu War of 1879, and the aftermath was characterised by extensive taking by British troops of Zulu artefacts as souvenirs.

A group of ﬁve Xhosa throwing spears, probably dating to the 9th Cape Frontier War of 1877-78, all with characteristic thin hardwood shafts and slim leaf shaped blades, the largest blade 9-inches long. One had traces of white paint writing on the shaft reading ‘Cafﬁr Assagai from Port Elizabeth’. They went for £1700.

Knobkerries are the other favourite souvenirs frequently brought back by soldiers who served in Africa. The collection contained many ﬁne examples including this Zulu hardwood knobkerry with the head covered in iron studs and with two bands of metal wire decoration on the shaft. The name ‘Phinkani’ had been roughly cut into the shaft and there was an age crack in the head, which is not unusual. It was 31-inches long including the head, which was 3½-inches diameter. It sold for £800.

Illustrated is an exceptionally large and heavy two-tone hardwood Zulu knobkerry ‘iwisa’, possibly an executioner’s weapon. It measured 18-inches long including the huge head of 5-inches diameter. The haft was decorated with three bands of brass and copper wire and there were some slight age cracks to head. The hammer fell to a bidder in South Africa at £2100.

There were a number of shields in the Sale including several superb examples of 1879 period Zulu regimental war shields ‘isihlangu’. One example featured a hide face that was 46-inches long by 24-inches wide and had its original 60-inches long stick. Despite some hair loss in streaks to the face of the shield the colour, which was originally all black with white lacing, denoted a young unmarried ‘ibutho’ (regiment), perhaps the iNgobamakhosi. There were some small holes from an old mounting around the edge, otherwise it was in good condition and sold back to South Africa for £5000.

Staffs and Other Artefacts

The head of the Zulu two-tone hardwood staff was in the shape of a ﬁst clutching a ball. It was a ﬁne and rare sought after item. Measuring 36-inches long it was in excellent condition and sold for £4200. Another Zulu staff, measuring 42-inches long, decorated with a ball end and with a carved ﬁgure of a crocodile on the haft, the eyes inset with white beads. It returned to South Africa at £2300.

Next we have this Zulu powder horn, circa 1879, with a cork base, metal ﬁttings and leather thong, decorated with characteristic Zulu metal studs. It measured 10-inches long and was in very good condition. It went to a South African bidder for £1000.

It is quite common for military souvenir collectors to travel to battleﬁelds in search of relics from old wars. France and Belgium are popular destinations. However it is less common to ﬁnd objects of this kind from battles further aﬁeld.

On sale here was an old framed display of such relics, which according to the label were from the ‘Anglo-Zulu War, Rorke’s Drift 1879’. It includes a number of Martini Henry cartridge cases, lead bullets, musket balls, two boot heel plates, a trigger guard and ramrod holder from a musket and several small equipment buckles. They caused a great deal of interest and the hammer ﬁnally fell to an avid collector in New Zealand at £4000.

The collection also contained medals related to the period including a South Africa 1877-79 War Medal, with 1879 clasp (named to 869 Gunr. W Pierce N/6th RA). In GVF condition it went to a South African bidder for £575.  Note: The N/6th were equipped with 9-pounder guns.

Finally for this report was a poignant, thirty-six page letter written by Captain Percival Tatham Armitage to his mother from Koppie Allein, Zululand, dated 2-8-1879, after the Battle of Isandlwhana

The letter begins “Dearest Mother, For many a long day I have been waiting anxiously to hear news from home, in reply to the long letter I wrote you from Cape Town, but, although by every mail, both ofﬁcers & privates have been receiving letters from England, I have always had to turn away without one….”

He then goes on to write of the journey over difﬁcult terrain before rejoining his own company at Rorke’s Drift where he was attached to Capt Harvey’s company… “we received orders the same evening to march next morning to Koppie Allein. I stayed at Koppie Allein about three weeks and then received orders to join my own company at Rorke’s Drift. First, though, I must tell you, the second day after arriving at Koppie Allein we heard of the Prince’s death… we were, in fact, almost within sight of where the Prince was killed. His body was brought down in an ambulance wagon escorted by a few lancers & we had to furnish an escort half way to Landman’s Drift… it was very sad.” (Note: This refers of course to Prince Eugène Napoleon, son of Napoleon III, who, with his family, was living in Chislehurst in Kent after he and his mother ﬂed France during the Franco-Prussian War. After arriving in Africa he was attached to the Royal Engineers as an observer, but his keenness led him to take risks, one of which resulted in him being overwhelmed and killed.)

The letter continues, “Major Black commanded at Rorke’s Drift… there were 3 companies there. Up to this time the bodies of the poor fellows who were killed at Isandlwhana (sic) were lying unburied but Major Black received permission to go in and bury them. Shortly after I arrived there a force composed of 2 companies 2/24th, 1 squadron of dragoons, half dismounted and about 500 native contingent commanded by Major Black marched in to fulﬁl the melancholy duty that had been so long delayed. I had command of a burying party, composed of some of our own men & some natives, with picks and shovels. We started at 3 o’clock in the morning & crossed the Buffalo into Zululand. It was bitterly cold & we marched the 11 miles to Isandlwhana getting there about day-break. The scene was frightful. Bodies lying about in every direction… This is the dark side of war…”

The following pages gave an account of the scene and burial work at Isandlwana, and notes poetically “And the Lion Mountain reared its head majestically over the ﬁeld, an everlasting monument on the spot where 800 British soldiers died whilst ﬁghting bravely against overwhelming odds. After burying for about 2 or 3 hours we marched back to Rorke’s Drift. It took about 4 days to bury the dead but altogether I have been in 9 times to Isandlwhana with Major Black, bringing out the wagons & other things. We brought out £6,000 worth of wagons and ought to get salvage for them but I am afraid there is no chance of doing so. I found 2 or 3 ofﬁcers’ bodies, amongst them that of poor Anstey, instead of whom I came out. I found poor Cavaye’s diary on the ﬁeld…”

He then writes of trophies picked up on the battleﬁeld, of regaining some kit, etc. “After I had been about a month at Rorke’s Drift, orders came one day that William’s Company was to proceed to Koppie Allein. Next morning we started & after 3 days marching arrived here, where we are still.”

He writes more of family life then he gives his address as “Percy T. Armitage 2/24th Regt, Natal, South Africa is the proper address. Of course you will have all heard about the glorious battle of Ulundi.” he then writes more about family life before signing off “your affectionate boy, Percy”.

The letter is in an envelope inscribed “letter from Capt Percy Tatham Armitage 24th Regt on Active Service Zulu Campaign 1879”. Generally in good condition, the pages were stitched at the top corner (some now unattached, one or two splits along creases, the last page with some wear and tears.) It caused much competitive bidding and ﬁnally sold for £7000.

Notes: Percival Tatham Armitage was born in Oldham, Lancashire in September 1859. At the time of writing his letter he was nineteen years of age. He was appointed Ensign in the 76th Regiment in 1878. He transferred to the 2nd Battalion 24th Foot on 26th March 1879 and served in South Africa from April 1879 until January 1880. Promoted to Captain in November 1885, he saw service in the Burma campaign of 1887-1889. He died near Brecon in September 1893, a week before his 34th birthday.