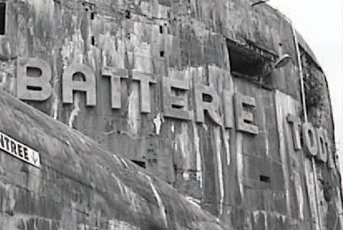 There are very few places on earth where warfare has not left an impression and changed the course of history. Battles have been fought on land, sea and in the air, and these conflicts have left indelible marks. In London, for example there are buildings still pock-marked from the bombs dropped during the Blitz and the towns of Hartlepool, Scarborough and Whitby still bear the scars of being shelled by German battleships in the First World War. Going back further in time there are many castles which display the marks from sieges and battles. Unfortunately most battlefields tend to lack any discernible marks about what happened on the site. Some locations do have interpretation boards to help understand events and some have been incorporated into a museum display, such as at Hastings and Agincourt.

Walking the ground on any battlefield gives one a better perspective about what happened and allows comparisons to what one has read in a book or seen in documentaries. However, in order to really make sense of it all one really does need the services of an expert guide to explain events, otherwise salient points can easily be missed. The simple task of orientating oneself in relation to the action can be confusing and distances can have the same effect even though the topography of most battlefields remain the same as they were all those centuries ago.

Take for example the beaches at Normandy in France which today are a peaceful tourist destination, but in June 1944 this coastline was the scene of some of the fiercest fighting in the whole of the war. If one stands at the interpretation board in the American cemetery at Colleville, where 9,386 US servicemen are buried, one can look down on the landing beach codenamed Omaha where 34,250 men landed on 6 June 1944. From this vantage point it is possible to see the same panoramic view the German defenders had and understand how from such positions they were able to kill and wound 3,880 Americans as they waded ashore. This location is just one of the stopping places included in the itinerary covering the D-Day landings which is offered by tour operators such as Holt and Leger.

The landings stretch along some 50 miles of coastline and each landing beach had its own unique set of defences which guides explain as they visit each in turn during the trip. Itineraries visit villages such as Ste Mere Eglise where Private John Steel was famously snagged on the church steeple. Some tours travel further inland to examine battles such as Mont Ormel which was held by Polish troops against German attacks and the actions of the German Tiger ‘Ace’ Michael Wittmann.

Battlefield guides are experienced in various periods of history and each has spent many years walking the battlefields and studying their particular period of interest so that they can point out even the smallest feature to define where particular events took place.

Tour operators appreciate these skills and that is why they use experts to escort tours to sites where they can use their knowledge to make history come alive. Organised battlefield tours are of varied duration with some being only a few days and others lasting almost two weeks.

The easy accessibility of cross-Channel ferry connections operating from Dover in Kent makes it is possible to visit Calais for the day and in the company of a guide one can walk the environs to study the battle to capture the town by the Germans in May 1940.

Some tours lasting a week or more such as those offered by The Cultural Experience have destinations which visit battlefields further afield – such as the Zulu Wars in South Africa. The same company offers tours to study the campaign in North Africa and examine the battleground across which Montgomery faced Rommel and the Afrika Korps.

Ace Cultural Tours offers tours lasting two weeks or longer due to the distances involved. These trips have destinations such as Vietnam, Cambodia, Laos, Burma (today known as Myanmar), South America and Mexico where culture, history, architecture and, of course the wars, can all be visited and examined in the company of experts in their field.

In each case the tour operator arranges everything from flights, transfers, hotel accommodation and entrances to museums, castles and other places of interest. The tours are all-inclusive packages in most cases and allow one to enjoy the experience to the fullest without any distractions. Professional drivers know the routes while tour guides can relate events and set the scene. The result is that everybody arrives at the site relaxed and ready for the main event to be told what happened at the place where they are standing. Sometimes unexpected surprises can be encountered such as historical groups on site or the visit may coincide with an anniversary. For example, during one tour I escorted to Hill 112 in Normandy a memorial service was being conducted and my group ended up talking to the veterans who fought there. They heard first-hand accounts of the fighting before walking to the summit to see how important the feature was. The experience in overall terms was better than just reading about it.

Tours to study warfare in Ancient Greece, Rome and Egypt are offered by Holts and Ace Cultural Tours and provide the opportunity to study Classical figures such as Caesar and Hannibal along with battles such as Marathon. These tours are popular choices and some operators also arrange similar tours to visit the Roman influence in France where the massive Pont du Garde spans the Gardon River in Provence, visiting towns such as Orange where there is more Roman architecture.

Every continent is now open to be visited, even China which offers so much for anyone interested in history. Russia was once a difficult destination to reach but now even the battlefields there from the Napoleonic Wars such as Borodino, or the Crimean War and the Second World War with Stalingrad are proving popular destinations. North America has much to offer with battlefields and associated sites connected with the War of Independence and the Civil War. Indeed, the Dorset-based Old Country Tours offers a sweeping range of itineraries from military architecture to the bloody battlefields of the American Civil War and a special tour called ‘Recoats and Bluejackets Revenge’, to look at the war of 1812-1814 in America, which can be organised by special arrangement to expand on one’s understanding of the Napoleonic Wars.

Spain and Portugal have been used as battlegrounds for centuries and the campaigns of Wellington with engagements such as Corunna, Badajoz and Albuera are particularly well known through the pages of history books and the very popular works of fiction written by Bernard Cornwell. This author has crafted a series of books which uses these battles as backdrops to stories involving the heroic figure of Richard Sharpe. They are based on fact and fans of the books enjoy visiting locations mentioned in the works. Tours to these locations are available from Holt, Leger and a number of other specialist operators.

A number of tour operators offer itineraries to visit sites across the UK to examine the military history of the country from the Roman Invasion to the English Civil War and the Jacobite Rebellion. Even the Channel Islands have itineraries visiting them to examine the German Occupation of 1940-1945, but the islands also offer much more history such as the Napoleonic Wars. The island of Jersey for example was attacked by Admiral Robert Blake during the English Civil War and later invaded by French troops in January 1781 which make for interesting tours. The islands have defences going back many centuries which are fascinating to see and some are of unique design.

Tour operators continue to add more destinations to their already comprehensive range of itineraries with tours visiting well-known battlefields as well as some of the less familiar sites. Among the usual tours are Dieppe, Dunkirk, Ardennes and the Battle of the Bulge, Arnhem, Somme and Waterloo. Some of the more unusual tours include V-Weapons, the Holocaust trail which visits Auschwitz and Dachau concentration camps, the Dam Busters, Colditz castle the most famous prison camp and the Fall of Berlin 1945 many of which are available throughout the year.

It may seem that all tour operators offer similar itineraries but there are differences which makes each an individual experience. Some concentrate on specific periods and others are more general and sweeping covering a wide span of history of a particular region.

Lincolnshire-based Bartlett’s Battlefield Journeys and Historical Trips can arrange bespoke tours to focus on a specific request, such as tracking down the war service of a relative and visiting where they actually fought. These kinds of tours have to be arranged personally and can be discussed directly with the operator. The scheduled tours are conducted on coach travel which is very comfortable and takes the groups right to the heart of history.

The Stevenage-based company of Battle Honours specialises in walking the battlefields and can also undertake bespoke tours. The company’s expert guides accompany small groups as they walk locations mainly connected to the Western Front in WW I. One very unusual tour they offer is ‘Redcoats to Khaki’ which covers the timespan from the battle of Waterloo in 1815 to the battle of Mons in 1914. So, whether one wants to walk or ride and visit the trenches of WW I or the scarred hillsides of Vietnam, there is a tour available for all interests. It is a question of looking to see what is available. However, if you have never been on a battlefield tour before you should be aware that the experience can become habit-forming. Some guides tell of people becoming so interested in visiting battlefields that they come back year after year until they have completed all the tours in a particular campaign.