Defence of the Realm 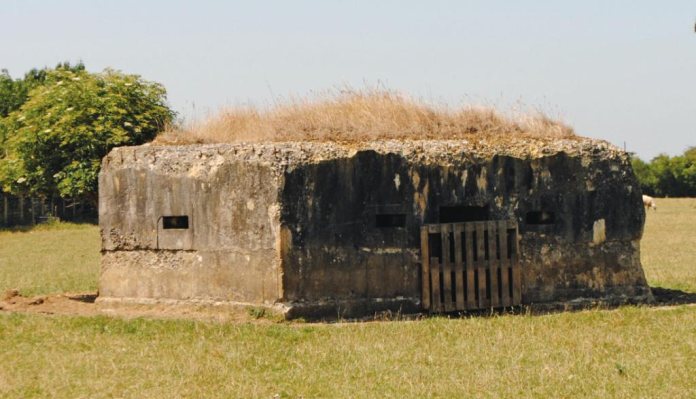 In mid-1940, just as Britain was reeling from the army’s withdrawal from Dunkirk, the threat of invasion by the German army became a real possibility. The country braced itself for an attack in what many believed would be Hitler’s next move.

Defences were hastily built around the coast at points where an invasion force was likely to land and pillboxes and other obstacles were constructed to defend bridges, roads and even airfields.

A lot of pillboxes

By the end of the war, over 18,000 pillboxes had been built. Unfortunately, a lot of these structures have been lost due to various reasons, but even so, today, 80 years after they were built, many of these defences can still be seen in fields.

The man responsible for planning the country’s defence in 1940 was General Sir Edmund Ironside, who as Commander in Chief of Home Forces had to make sure all contingencies were covered. It was a huge undertaking as minefields were laid, anti-tank walls built and ditches dug. In some cases, even defences from previous centuries were incorporated into the plan, such as Cardigan Castle in Wales, where a concrete pillbox was built into the walls to guard the bridge crossing the River Teifi. A group of enthusiasts have formed the Pillbox Study Group (www.pillboxstudy- group.org.uk) which has a discussion forum and a newsletter.

Wartime defences crop up in the most unlikely places such as the Welsh town of Lampeter, where a pillbox stands opposite a supermarket on the main road. However, the best examples are found in more rural locations.

Defences ranged from a single pillbox, such as the one in the tiny harbour of Hope Cove in South Devon, which looks as though it has no right being there. Research shows that during the war the area was used as a radar site by the RAF, which explains its purpose. At the other end of the scale whole series of fortifications called ‘Stop Lines’, intended to slow down an enemy attack sufficiently to allow the army to react to the situation, were built across the country.

The best way to appreciate wartime defences is to walk a route such as the one along the Norfolk coast at Weybourne. Another place to begin looking is at Burton Bradstock in Devon, where, after parking the car, a short walk up the hill reveals a pillbox with a panoramic view across the bay. Walk the path toward West Bay and it is possible to see more wartime defences. Similar pillboxes can be found at Lyme and Seaton.

On the north Somerset coast around Minehead and Watchet, pillboxes were built to defend potential landing points along the Severn Estuary and examples can be found right on the beach. Some have been camouflaged by adding stones from the beach to the concrete outer layer to make them blend in with their surroundings. More constructions can be seen along the railway track where they were built to protect the route.

The pillboxes are today abandoned and many are open which, providing they are not on private land, invites enthusiasts to enter for closer inspection. If you do enter, be very careful and use a torch, but going inside is to step back in time. Do not expect anything spectacular, because these are not like the heavy types built by the Germans along the coast of France. At best, these pillboxes were very basic and only manned in an emergency.

General Ironside’s plan was to create a ‘defensive crust’ along the coast, able to fight off small raids, give immediate warning of an attack, and delay any landings. Examples of this can be seen along the Norfolk coast where installations still dot the landscape. At Brixham in Devon, the structures which once housed a coastal artillery battery have been preserved by a local group of enthusiasts who have created a small museum and escort visitors on conducted tours around the site.

Some counties are more fortunate than others in having well-preserved wartime defences, especially Somerset where enthusiasts can follow the almost unbroken route of the Highbridge to Meare ‘Stopline’, which was built along the River Brue. In the farmers’ fields surrounding the RNAS HMS Heron at Yeovilton - which is also home to the incredible Fleet Air Arm Museum- there are many pillboxes to be seen. In the 1920s the RAF constructed an airfield near Weston Zoyland which became Station 447. During the war No 16 Squadron operated from the site which was protected by pillboxes sited around the perimeter.

In 1944 the USAAF operated from the airfield and continued during the Normandy campaign of that year. After the war, it reverted to farmland and today it is bisected by the A372 road, leaving only a few vestiges of the runway. The owner of the farm is a keen military enthusiast and a supporter of re-enactment and military vehicle owners. A couple of years ago he established a wartime re-enactment event on-site, which included a ‘fly-in’ by Auster aircraft using the airfield. Static displays were set up by groups and even a couple of gun pits were dug for machine guns.

Being the enterprising bunch they are, it did not take some groups long to incorporate the on-site pillboxes into their presentations. Germans with an MG42 recreated a scene which could have been the Normandy beachhead, while outside it resembled somewhere on the Russian Front. Not to be left behind, the British groups set up camp by other pillboxes to look as though they had just captured the positions during the Normandy Campaign. The effect was to create something different and completely in keeping with the event.

Whether walking or driving, the sight of wartime structures grabs the attention because they are outside the everyday things we take for granted. They are a tangible reminder of recent history and the fact they can be examined closely satisfies our curiosities. None of them probably ever fired a shot in anger but that does not detract from their value as historical sites, especially where a military enthusiast interested in military architecture is concerned. Studying them is a great way to spend a few hours or a whole day out walking and figuring out how they functioned and the weaponry they had. Remember please, if they are on private land, do respect this and only approach if you have permission. I have seen pillboxes all over the country and wherever they are I find it irresistible to take a closer look.