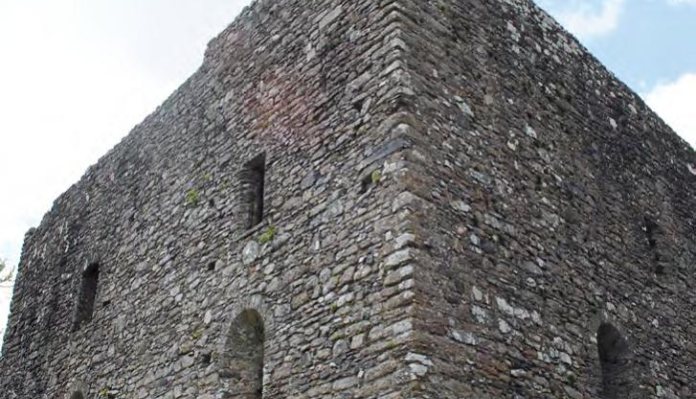 The quiet Devon village of Lydford, south of Okehampton, is situated just off the main A386 road at Downton, between Sourton Down and Beardon, and it is here there is one of the most curious castles I have ever discovered. For over 800-years the castle dominated the area and was used as a jail and today attracts people seeking things that are strange and unusual.

The first fortified structure to be built on the site is recorded around 1068, built by the Normans only two years after the Battle of Hastings, to exert their control over the region, following a serious revolt. This was replaced almost 130-years later by a more substantial castle and it was this castle which came to be used regularly as the prison. By the 13th Century, during the reign of King John, it was developed into the form we see today, which is a square structure with small windows and set on an earthen mound or motte. At this time, it had already acquired a reputation for the harsh conditions of prisoners held there. One former inmate, Richard Strode, Member of Parliament for Plymouth, was held here in 1510 recorded it as being: “…the most annoious, contagious and detestable place in the realm…”

During the English Civil War, Lydford Castle was used by the Royalists as a military prison. Other than that, the castle played no other part in the war. It was never attacked or besieged at any other time throughout its dark, and often brutal, notorious history. Reputed to be haunted, the castle is one of the most curious sites in the care of English Heritage, which maintains the site. It is open with free entry at all time to those brave enough to enter. Without doubt, this is certainly one of the strangest castles I have ever visited anywhere. It does not take long to look round, but it is one of those places which must be explored and seen to be believed. On a more serious note, though, it is a fortification which enthusiasts of military architecture will find fascinating.