National Museum of the Royal Navy 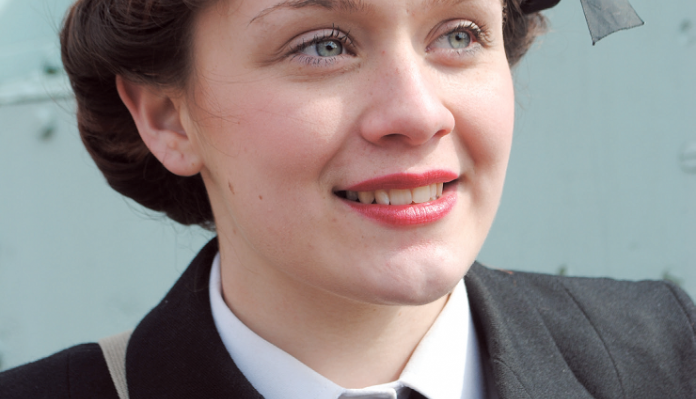 A new exhibition is to open at the National Museum of the Royal Navy in Portsmouth Historic Dockyard, to mark the centenary year of the Woman’s Royal Naval Service (WRNS) formation. Called ‘Pioneers to Professionals: Women and the Royal Navy’, it will be open to the public on 18th February 2017, in time to mark the International Women’s Day 8th March 2017, a day which celebrates the social, economic, cultural and political achievements of women. The exhibition will focus on the history of women working in the Naval Service, as well as revealing some of the lesser-known stories of women dating right back to the Age of Sail more than 250-years ago, at a time when women’s contribution was disguised or unofficial.

Women working in an official capacity for the Royal Navy were disguised prior to the establishment of the first female uniformed service, The Naval Nursing Service, in 1884, later renamed the Queen Alexandra’s Royal Naval Nursing Service in 1903. The WRNS, formed in 1917, saw a uniformed women’s involvement in the Royal Navy directly confront gender equality issues that still profoundly affect us today. As such, this exhibition aims to highlight women’s involvement and impact in both world wars, the Cold War, integration of the WRNS with the Royal Navy and the continued efforts of female personnel today.

The artefacts displayed in the exhibition will illustrate the role of women in the navy in the widest spectrum, including a rare example of a First World War Ratings uniform; only 5500 women served during the 20-months the service operated in the First World War. Another unusual item on display will be a rediscovered ‘time capsule’, which was buried at Royal Naval Air Station Culdrose in 1974 by the then head of the WRNS, Commandant Mary Talbot. It contained everyday items that defined the life of a WRN, including badges, descriptions of their trades, clothing and official documents. This discovery prompted a call for artefacts for the exhibition.

Curator Victoria Ingles said: “Historically, the work of naval women was rarely recorded and often overlooked, yet thousands have actively contributed to worldwide naval operations over centuries. During this time, women have undertaken a huge range of jobs and have often confounded expectations about what they could do and this exhibition seeks to bring some of these inspirational stories to attention. We are also keen to highlight the everyday experience of naval women past and present and are encouraging visitors to contribute their own stories, helping us to fully reflect the scale and significance of women’s work within the navy.”