Somerton - A town which went to war 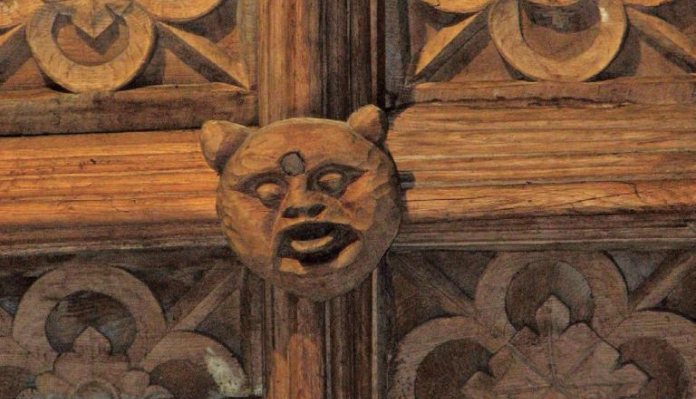 The market town of Somerton, just off the B3151 Road between Ilchester and Street in Somerset, has a history stretching back over 1300 years and was even accorded the title ‘Ancient Royal Town of Wessex’ in 949. One of the earliest records of the town dates from the 8th Century Anglo-Saxon Chronicle, later becoming the administrative centre of the region until the year 878 when it was attacked and burned by the Danes.

Over the centuries the town’s fortunes grew and waned in the same way as any other town and at one time it was the location of the county jail. When the English Civil War began in August 1642 most of the population of Somerset elected to support the King. It was close to the location of Somerton, at a site called Marshall’s Elm, that one of the first skirmishes of the war took place on 4 August 1642 at a point called Marshall’s Elm. The Royalist Sir John Stawell, commanding a troop of 80 cavalry, including dragoons, engaged a Parliamentarian force of at least 600 men commanded by John Pyne. Despite being greatly outnumbered, Stawell forced the Parliamentarian army to retreat, leaving behind several dead and around twenty wounded. Today, the engagement is all but forgotten and overshadowed by the much larger and more decisive Battle of Langport, less than five miles distant from Somerton, fought on 10 July 1645. Whilst not definitive, it would probably be safe to assume that men from Somerton may have been present at the engagement or at least one of the other battles in the area, such as the siege of Nunney Castle in 1645.

After the war in 1651 peace returned, and the area was quiet for 34 years until war returned once again in 1685. This was the Monmouth Rebellion, named after the Duke of Monmouth, who landed in Lyme Bay to take the throne by force on the death of his father King Charles II. As he moved across Somerset, Monmouth gathered men to his cause, including several from Somerton who joined his ranks to fight for ‘God and Liberty’.

King James II who had succeeded his late brother ordered the Royal Army to the area to put down the insurrection. One part of the army commanded by Lord Faversham marched into Somerton and occupied it for two days at the beginning of July 1685 before leaving to fight at the Battle of Sedgemoor on 6 July some 12 miles distant.

The Royal Army defeated the rebels and Monmouth’s uprising was crushed. Those rebels who were captured were tried in the infamous Assizes presided over by the notorious Judge Jeffreys whose sentencing was without mercy. Around 750 rebel prisoners were sentenced to being transported to the West Indies and some 320 were condemned to hang, which included men from Somerton. Today, three of those men from Somerton, Robert Abbott, William Cass and William Churchill, are commemorated on a plaque near the town’s war memorial. The same plaque also commemorates the fact several other rebels were hanged in an area just outside Somerton. Searching through lists of the names of those rebels executed reveals several more men from Somerton, including William Pocock, Thomas Lissant and Robert Allen who were executed at Taunton. The fates of the other men from the town, including Christopher Stephens, George Cantick, William Gillet and Joseph Kelloway, are not known with complete certainty.

The town’s 13th Century church of St Michaels and All Angels has a carved wooden ceiling decorated with interesting effigies of animals and plants, and it is here that an unusual reminder of those violent days can be found. Carved into the ceiling is the image of a cat which has in the centre of its forehead what appears to be a silver disc. The item in question is a musket ball, probably fired by one of the troops when soldiers of the Royal Army were billeted in the church during their brief stay in the town in July 1685. Exactly how the musket ball came to be lodged in the cat’s head is not known. The impact flattened the lead ball and it remains a small reminder of those days when war came to Somerton.

The Monmouth Rebellion was the last war to be fought on English soil, but the standing army required recruits and over the centuries men from across Somerset enlisted to fight in the wars overseas. Research into the army lists held by local historical societies and museums across Somerset reveals that men from Somerton enlisted in the army and fought in the campaigns of Marlborough’s Wars, the war of American Independence, throughout the Napoleonic Wars and during the Victorian period. Men from Somerton served during the Crimean War and all around the world. For example, William Vile enlisted with the 40th Regiment of Foot, later to become The Prince of Wales’s Volunteers (South Lancashire Regiment), on 4 February 1805 aged 18 years old. He is recorded as having served for over 23 years, reaching the rank of sergeant and fought at Waterloo. His fellow townsmen, Charles Burford and Thomas Gentle, joined the same regiment and fought at Waterloo, also.

Into the 20th Century men and women from the town continued to enlist in the armed forces serving in the Royal Air Force, Royal Navy and various regiments of the Army during both world wars. In the church of St Michaels and All Angels there are the Rolls of Honour listing the names of all those from Somerton who served in the armed forces. During the First World War 305 men enlisted and 57 were killed. During the Second World War 319 men and women enlisted and 16 were killed. The names of the dead are all inscribed on the war memorial in the town square and it is significant to note how many of the same family names appear on each of the lists of the Rolls of Honour.

The saddest event to befall the town happened on the morning of 29 September 1942, when a lone German bomber dropped at least four bombs on the town, killing nine people, injuring 37 and destroying ten buildings. The names of those civilians killed in the raid are carved on the war memorial which is in the town centre. This is just one of numerous small towns across the country which suffered losses in wars but the community survived.

When next passing through any small village like Somerton, it is worth thinking about the part it played in the history of the country.