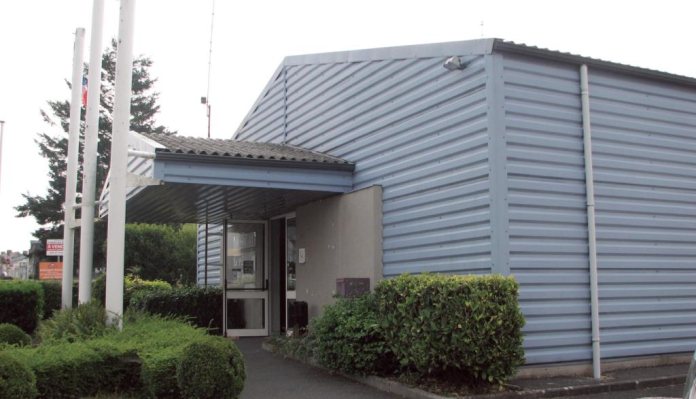 In hundreds of villages and towns across France can be found memorials and commemorative plaques to mark their liberation by Allied forces from June 1944. One such village is Le Plessis-Grimoult, which has a small memorial in the square, to pay tribute the men of 5th Battalion Duke of Cornwall’s Light Infantry and the 43rd Wessex Division, who liberated the village on 7th August 1944.

Some 12-miles to the east of Le Plessis-Grimoult, is the town of St Martin des Besaces, which goes one better, having created its own community museum, telling the history of its liberation on 30th July, during an attack known as ‘Operation Bluecoat’. It is hard to believe that the area, which today is so quiet and peaceful, was once the battleground for some of the hardest fighting to liberate France.

On 30th August 1944, the Normandy campaign was in its eighth week and progress by the Allies was going slowly, in the face of stiff resistance by German units, such as the 21st Panzer Division and the 9th and 10th SS Panzer Divisions, also. The Allies had yet to break through the German front line and begin to push them back, and so Operation Bluecoat was devised. The operation, involving the British 7th and 11th Armoured Division, 6th Guards Tank Brigade, 15th Scottish Division and 43rd Wessex Division, along with other units, under the aegis of XXX Corps and VIII Corps, would advance across a broad front, to push the Germans back.

It all sounded so very simple, but the reality was harsh and for over a week the fighting was fierce. The history of this week-long battle is told in the town museum of La Percee du Bocage, in St Martin des Besaces, which was established by Monsieur Jean Ménard. Housed in a purpose-built building, the museum is an exhibition of artefacts, photographs and dioramas to present a small, but no less important, part of the overall campaign, which is unique to the town.

Operation Bluecoat began early on the morning of 30th August and units from 15th Scottish Infantry Division and 11th Armoured Division were given the task of capturing the town of St Martin des Besaces. This was achieved that day and the people of the town are very rightly proud of the fact, as recognised and perpetuated by the museum.

Staffed by volunteers, the museum is incredibly rich in the range of its presentations and attracts visitors from across the area and school groups attend to utilise the resources. The displays are arranged in eight different exhibition areas to explain the fighting in and around the town, using photographs and audio descriptions to relate the impressions of the soldiers and civilians who witnessed, or were involved in, the events.

On entering the first part of the exhibition, the display gives a brief presentation of French Resistance and the dangers of being under German Occupation. Items here include arm bands, radio transmitters and documentation used to distribute information. Large photographs line the walls with captions to identify the soldiers who took part in the town’s liberation and mention something about them.

Although there are a few American items, this museum is about the British and the German units that fought here. One of the dioramas shows German defenders with a Panzerfaust anti-tank weapon taking cover in a ruined building. The manikins are life-sized and look like tailor’s dummies, but they serve the purpose, which is to display the uniforms and equipment. Concentrate on the weapons, equipment and other items and it is a very good exhibition. Suggested length of duration for a visit is at least one hour, but to really see everything will take two-hours.

The model diorama of the fighting around the town is an excellent centrepiece and the voice commentary explains events. Small spotlights inside the display illuminate the points which are being explained and this helps orientate visitors and put things into perspective. I thoroughly enjoyed my visit back in July this year and I will go back again, because I would like to read a bit more about the soldiers and study the maps in more detail. It is not that far from the bigger towns such as Vire and Caumont and it really is worth the detour to visit, because it expands on the whole Normandy campaign.

Like many French museums, the souvenir shop is well-stocked, not only with the usual books, models and DVDs relating to the history, there is also a small selection of reproduction items, including webbing and even German anti-tank Panzerfaust weapons. It also stocks some collectables, such as shell cases including ‘trench art’, which is interesting. The museum also hosts a Liberation Special Event, which includes re-enactors encampments, vehicles, demonstrations and even a collectors’ market. Details are listed on the website.

It is a remarkable museum to visit and adds significantly to the understanding of Operation Bluecoat and the important part it played in forming the Falaise Pocket, where the German army in Western France was destroyed. The website has all the details of opening times and this can be found at: www.laperceedubocage.fr.