Shooting Disciplines of the Olympics 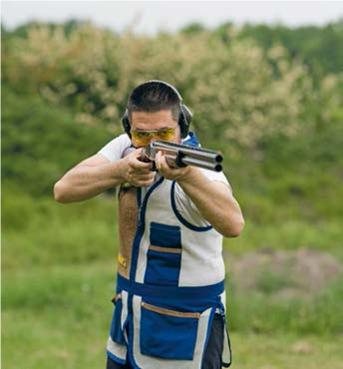 Earlier this year we watched two weeks of action as the finest athletes in the world represented their countries in the 32nd Olympic Games, hosted in Japan. It should have been held last year, but due to COVID, it was cancelled. The success of the games shows how things are gradually returning to normality.

The modern Olympic Games were created in 1894 by Baron Pierre de Coubertin of France, with the inaugural meeting being held in Athens, Greece in 1896, which included shooting as a discipline.

With the exception of 1904 and 1928, shooting has featured at all Olympic Games and is an event where teams from countries of all sizes can compete equally. There are several shooting disciplines, but still, the sport goes largely unreported. Competitors use air pistols/rifles, full-bore rifles and shotguns, to compete in events such as double trap and skeet. The Winter Olympic Games includes the biathlon, which combines crosscountry skiing with target shooting.

Over the years the Games have changed and unique records have been established. For example, at the 1924 Games held in Paris, Philip Neame won one of the nine gold medals scooped by the British team. The event was the ‘Running Deer’, which involved four participating teams firing single shots at a moving target that resembled the running animal. 10 years earlier, while serving as an officer in the Royal Engineers during WW1, for his actions on the 19 December 1914 at Neuve Chapelle, he won the Victoria Cross. Neame was later promoted to Lieutenant General and holds the unique distinction of being the only man to win the VC and an Olympic gold medal for shooting.

At the London Games in 1908, the shooting team from Sweden included Oscar Swahn and his son Alfred, along with team-mates Arvid Knoppel and Ernst Rosell. The shooting events were held at Bisley in Surrey, where the Swedish team won the team gold medal in the Running Deer event with Oscar Swanh going on to win the gold for the single shot and the bronze for the double shot ‘Running Deer’. Oscar and Alfred went on to compete in the 1912 and 1920 Games, thereby establishing a unique record. Alfred competed in the 1924 Games, winning two silver medals and a bronze in the shooting events. Between them, father and son won an incredible 15 medals.

Perhaps the most famous competitor was George S. Patton junior, who at the time of the 1912 Games in Stockholm, was a 26-year old junior officer serving in the US Army. Patton was selected as a member of the team representing the US Army, being entered for the modern pentathlon event which included swimming, running, fencing, equestrian and pistol shooting. He competed against 41 other sportsmen and came seventh in swimming, fourth in fencing and sixth in the equestrian event.

Controversy erupted when he used a .38 calibre pistol while his fellow competitors fired using .22 calibre pistols. The event required each competitor to fire 20 shots at a target set at a range of 25m. After completing his turn, his target was examined and found to have been hit 17 times out of a possible 20. Patton argued that some of his bullets must have passed through the same hole produced by the large calibre bullets he fired. The judges disagreed, placing him 21 out of 42. At the end of the pentathlon event, his average scores still allowed him to be placed overall fifth in the event.

At the 1900 Games in Paris, a so-called ‘unofficial’ event was included in the shooting disciplines, which would later prove highly controversial. It involved competitors shooting at 300 live pigeons as targets. The birds were released from traps in front of the firing positions. As each bird was released the competitor fired and if hit another bird was released. If two birds were missed the shooter was removed from the competition. The French competitor, Maurice Faure, shot 20 birds but was beaten by the Belgian, Leon de Lunden who shot 21 birds to win the event. The IOC has vehemently denied this was ever a recognised official event.

Shooting was not included in the 1904 Games, but four years later it was re-introduced with ‘clay pigeon’ discs used in the shotgun categories. At this meeting, there were 215 participants from 14 nations, with Britain sweeping the board by winning 21 medals, including six gold medals.

By far the most unusual shooting event ever was the discipline held during what is known as either the ‘intermediate’ or ‘intercalated’ Games hosted in Athens during the summer of 1906. This was the duelling event conducted against life-size mannequins dressed in frock coats to which targets were attached. The Games included the usual shooting events, with the teams from Switzerland and Norway each winning four gold medals. The entrants from France and Greece also took gold for pistol shooting.

The duelling event was conducted in two disciplines, with the first at a range of 20m and the second at 30m. Depending on the reference source, the targets were either painted or pinned to the chest of the dummy or attached to the throat area, with points being awarded for accuracy. The 20m duelling event was won by Frenchman Leon Moreaux.

The 30m duelling event was won by Konstantinos Skarlatos from Greece with the silver and bronze medals being won by the Swedish shooters Johan Hubner von Holst and Villhelm Carlberg respectively. Representing Britain, Sidney Merlin came in a credible fourth in the event (he also won a gold medal for the double trap), while his cousin, Gerald Merlin, won the gold medal for the Trap Single Shot. The intercalated Games are not officially recognised by the IOC and who came up with the idea for the duelling event is not known, but it has never been repeated.

The future of shooting

Shooting to Olympic standards is a level to which many aspire, but few attain. As a sport, shooting receives little in the way of televised coverage, despite being a very popular competitive event. Olympic shooting teams are rather modest, with medal winners satisfied in knowing they have represented their country at top-level competition. Comments have been made about shooting in the Games, with calls to drop it altogether. Regardless of this, the decision has been made to keep the sport in the Games and for that reason, shooters around the world have a lot to be grateful to the IOC for and long may that remain the case.