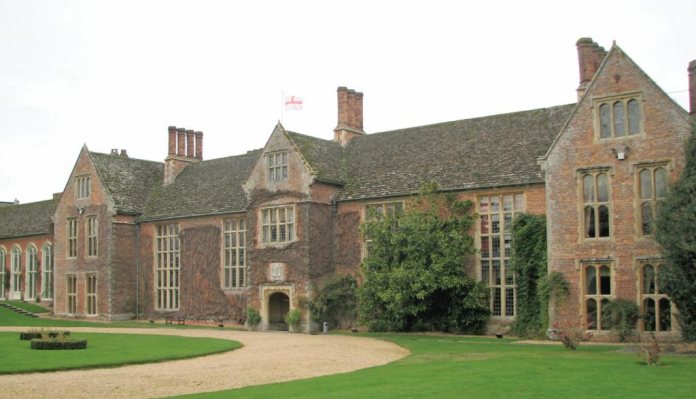 During WWI many of those families with country estates offered the use of their large houses as hospitals to help treat the wounded. Not all were found to be suitable because the drainage system was inadequate for the purposes. However, other estates, such as Clandon Park in Surrey, Dunham Massey and Attringham Park were better suited and put to use as hospitals to treat thousands of soldiers. The same response was made during WWII and eagerly accepted, but this time some were used for other purposes apart from hospitals. The best-known example is Bletchley Park which was taken over for use by the Government Code and Cypher School which housed ‘Ultra’to break the German enigma code machines.

Today, some of these great estates are in the care of such organisations like the National Trust and English Heritage, which maintain the properties. Each has its own unique history and a number of these locations have been used as venues for re-enactment events linked to their period. Estates such as Corfe Castle and Dunster Castle, with their connections to the English Civil War, have been used as a backdrop where re-enactment groups can set up period encampments. In such instances the historical connection to a site is obvious, but it is the link to more recent history that some estates have, such as WWII, which surprises some people.

For example, the Beaulieu Estate, parts of which date back to the 13th century, is today home of the National Motor Museum. However, during WWII it was a training centre for agents of the Special Operations Executive with the link being maintained by the site hosting events for military vehicle owners along with reenactment groups. Another such estate which is modest about its wartime connection is Margam Park, just outside Port Talbot in Wales, where elements of the US 28th Infantry Division were based and conducted training on the estate in readiness for D-Day. In the early 2000s, it was used as the venue for a multiperiod event called ‘Fortress Wales’, which allowed the story of the part it played during the war to be told to visitors.

Lupton House Estate, lying just off the A3022 road leading to Brixham, dates back to the 17th century and is today used for various purposes including a wedding venue. During WWII it was known as Camp K6 by the US Army where up to 2,500 troops were camped in the grounds at any one time along with hundreds of vehicles. They were part of the build-up for D-Day and those troops left behind traces of their time there in the shape of ‘blast trenches’ for use in the event of an air raid and these are still to be seen in the grounds. This historical link has led to Lupton being used for several 1940s events with displays and vehicles to allow visitors to step back in time and enjoy the show.

The list goes on, such as Saltram House near Plymouth, with a history involving the English Civil War, but it is the estate’s history during the war which people find fascinating. American troops were based in the grounds of the estate and traces are still evident, making it a perfect setting for a 1940s wartime weekend, with static displays, vehicles and even a replica Spitfire adding to the excitement. The estate of Mapledurham House on the Oxford border dates back to the 16th century, but as far as records can tell us it was not used by the military during WWII. However, that has not stopped it from being used as a venue for a wartime weekend. The site is best known as being the location where scenes for the movie ‘The Eagle Has Landed’ were filmed and this link is a good enough reason for re-enactment events, displays and even a battle re-enactment, complete with vehicles.

Indeed, so many great houses have been used during both world wars it would be impossible to list all of them. These estates make ideal venues for re-enactment purposes because they have everything on site that an event organiser could wish for. Security is provided by the estate perimeter fencing or walls and there is usually ample parking for both visitors and participating groups. Toilet facilities, taps for freshwater and electricity can be arranged for those camping on site. Other arrangements can be made to meet special requests and the site becomes self-contained for the benefit of re-enactors. In fact, there is not much more any group could ask of an organiser staging an event in the grounds of an estate. There is usually room for traders to set up stalls to sell items to any collectors looking for books and militaria or other items.

Unfortunately, due to the COVID pandemic, there have been no re-enactment events for quite some time, but that does not stop us from planning ahead and looking forward to when the crisis is over and things return to normal. A winter event called the Christmas Leave Train, organised by the Mid-Hants Railway, known as The Watercress Line, at Alresford in Hampshire has also been cancelled. However, like other event organisers, they are optimistic and have released their dates for next year’s War on the Line event as being the 12th and 13th June 2021 as well as the Christmas event which will be on 27th-28th December; (www.watercressline. co.uk). Another event planned for the same weekend is the Southwick Revival, arranged by organisers to include Southwick House where D-Day was planned; (www. southwickrevival.co.uk).

This gives us something to look forward to and plan for in plenty of time. No doubt the great estates will host re-enactment events and the market traders will be on-site, also. When that happens there will almost certainly be lots of new displays and scenarios in the repertoire of many groups. There will certainly be plenty of surprises as a result of all the time provided by the ‘Lock Downs’. At present, conditions are constantly changing and regulations being imposed or relaxed according to infection rates. Some of the properties with great estates have allowed limited numbers of visitors on-site when pre-booked and conditions permit. That potentially still allows visits to be made to some of the sites, such as Beningbrough Hall in Yorkshire, which was used by Canadian and RAF aircrews operating with No 6 Group Bomber Command, flying from nearby bases such as RAF Leeming.

Finally, there is the property of Littlecote House just outside Hungerford in Berkshire, which today is a luxury hotel, but it has historical connections to King Henry VIII and also the English Civil War. During WWII it was first used as the HQ for the US 34th Tank Brigade and later elements of the 101st Airborne Division was billeted in the grounds, with men sleeping in stables. A commemorative plaque is mounted on the wall of the library which was used as an office by Colonel Sink and his staff. A small museum with a display telling the story of the time the 506th PIR spent on site has been created and guided tours can be arranged by appointment. Reenactors depicting the 506th PIR have camped on site over weekends sometimes to recreate the time and the site is very much worth a visit. There is much to hope for in 2021 and if we continue to follow the official advice there is no reason why next year we should not see reenactment events returning.