Re-enactment: Best of the Rest 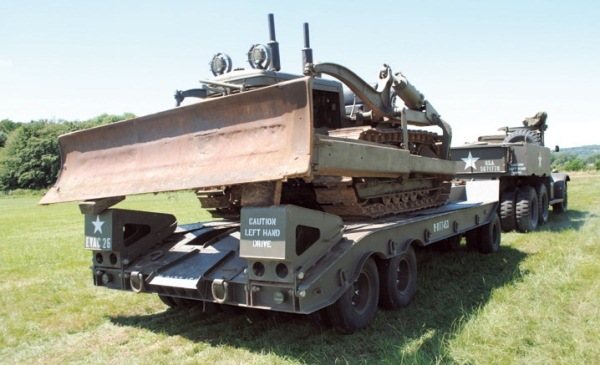 There was a time when most re-enactment events were organised by English Heritage and held on the sites in their care.

These were very good, but over time other organisers came along and began to arrange events and today there is a full calendar all across the country covering a range of scenarios. In fact, there are now so many events that it is impossible to visit them all. Instead, I tried to visit as many as possible so that I might present a round-up of the ‘Best of the Rest’.

The event season started in a fairly quiet way in May and by September had built up to be very busy. Even so, the rest of the year is still dotted with local events and private weekends organised by groups who invite other groups along. The first full event I was invited to visit was the ‘1940s Relived’ held at Brooklands, near Weybridge in Surrey, over the weekend of 17th - 18th May.

The site built Spitfires during the war, was bombed and was the location where Barnes Wallis worked. Today there is a museum containing examples of the huge Grandslam and Tallboy bombs designed by Wallis. There are pillboxes and platforms where anti-aircraft guns were sited.

The event attracted a lot of vehicles and displays, including a turnout by the 23rd Sussex Home Guard. This group has been formed by Richard Hunt, who is an old friend, and they put on a good display of bayonet practice with P17 rifles. They also had a Northover Projector mounted on wheels and they are certainly the smartest Home Guard unit I have seen.

Brooklands Museum, (www. brooklandsmuseum.com) is a great place to visit with strong connections to both world wars. Traders were also on site and the static displays were interesting and varied.

My next event was at Templecombe, just off the A303 near Wincanton in Wiltshire over the weekend of 31st May and 1st June. It turned out to be an unexpected surprise and took me back through time to the medieval period when gunpowder weapons were beginning to emerge. I had found the details quite by chance and I decided to go along and see what it was all about. Lots of men in armour were wandering about and women engaged in various occupations such as cooking, looking like a museum which had just been turned out for a film production.

The event was organised by the Phoenix Medieval Society and was attended by various groups who put on displays of skill at arms, jousting, falconry and archery. An interesting demonstration showed the evolution of firearms from the earliest types to WWII. I met up with Rusty, another old friend, who I had not seen for a couple of years who is very knowledgeable on early artillery. We sat and had a long chat about various things and, in particular, his cannons. Rusty is a member of the Warlords Display Team and is well-known to re-enactors of all periods.

Rusty told me that one of his guns, called ‘Pooh’ is proofed to fire a charge of 27.5-ounces of powder, while his smaller guns, ‘Gog’ and ‘Magog’, are proofed to fire 8-ounces of powder each. This makes for loud bangs and lots of smoke for atmosphere. Each day there was a spirited battle which involved an attack against a wooden stockade to represent a defended castle. Cannon fire, archery and an assault using a battering ram to smash open the gates made it an energetic battle re-enactment. This is one event I will certainly return to in 2015.

June quickly became a very busy month for events with vehicle owners turning out to support a range of shows such as the ‘Dig for Victory’, organised by James Shopland at the North Somerset Showground at Wraxall. I had been to the Dig for Victory weekend in 2013 at the National Trust property of Tyntesfield, but for 2014 James had moved it to the showground where there was more space for movement of vehicles. The site was really just one huge field without any obstacles and vehicle owners could indulge themselves in some exciting displays and demonstrations.

Gun firing took place with a 17-Pounder anti-tank gun and vehicle driving around and the crew going into action. A group called Juncta in Uno (Joined in One) depicted heavy anti-aircraft gun site with a 3.7-inch gun complete with searchlight and a screen made from fibreglass looked like concrete walls. James Shopland along with his father David have an impressive collection of vehicles and artillery along with other heavyweight items, such as a landing craft which was used on the film ‘Saving Private Ryan’. The full range of items can be seen on the website at: www.shoplandcollection.com.

James and David are very accommodating people and at the Dig for Victory Show they had brought along a number of items from their collection, including the Austin K3 truck with a 6-Pounder anti-tank gun mounted in porteè. This term means the gun was loaded on the back of the truck for transportation instead of being towed. It was a form used by the Germans and British Army in North Africa and to see such a combination was a rare treat indeed. James very kindly arranged for the truck to be driven to a field where I could photograph it without any background clutter.

The huge space also allowed the driver of an M4A4 version of the Sherman tank to really open up the engine and reach good speeds, which crews in Europe must have done after D-Day. A half-track with an infantry squad accompanied it and I did think about a scene from the film Kelly’s Heroes. The owner of a Diamond M981 truck with a Rogers M9 trailer showed how Sherman tanks were loaded and off-loaded in the build-up for D-Day. They also tried an experiment with an Allis-Chalmers ‘HD-15A’ bulldozer, which was a massive vehicle with its earth-moving blade. No-one taking part in the trial had ever attempted to load the bulldozer onto the trailer, but they knew it had to have been done to move the heavy vehicle any distance.

When everything was ready and the vehicles moved into position, the drivers began the experiment. Slowly the bulldozer moved forward and began to climb the ramps onto the trailer. Care had to be taken because the bulldozer was very wide and one wrong move and it would have toppled off the trailer. Finally it was firmly in place and the first part of the experiment was a success. Next came the equally challenging unloading which took the same level of care. Inching down the ramps the bulldozer returned to firm ground.

It was a unique moment and I had been there to witness it. This is a great venue with lots of potential and I recommend vehicle owners and re-enactment groups to contact James through the website (www. digforvictoryshow.com) if they are interested in attending the event in 2015.

Things continued throughout June, and on the weekend of 14th - 15th there was a 1940s event at the National Trust property of Saltram Park, Plympton, Plymouth in Devon. The estate was used by elements of the US IV Infantry Division, along with other units such as the 75th Medical Battalion (Armoured) 858 Quartermaster Fumigation & Bath, Company M, Detachment M and the 4059 Quartermaster Service Corps 389 Engineer General Service Regiment, 2nd Battalion, Company D. There were static displays, a line-up of vehicles, some trade stands and from ‘Spitfire Spares’ Graham Adlam had brought his Spitfire.

Not all events went according to plan, and on 20th - 21st June I went to visit Weymouth at War, which, I had been informed, was going to be a huge event.

Unfortunately there was some ‘differences of opinions’ between local residents and re-enactors which upset part of the programme. There were traders’ stands in the theatre and static displays around the harbour and a good turn-out by vehicle owners. Despite the upset I have been told that it will happen again in 2015 and when I know the date it will be passed on.

The month ended with the usual Tankfest at the Tank Museum at Bovington. This is an event I enjoy visiting because it offers the chance to meet new groups and individuals, such as Lee Perry. Lee is an independent re-enactor and what I term as a ‘stroller’. However, he was much more than just that. He was portraying a Royal Engineer depicting mine-clearance using an original No4A mine detector which came into service in 1944 and remained in use until the Korean War.

Being on his own allows Lee to join in a display if invited or just demonstrate equipment such as mine detectors.

I also met a group depicting the German 352nd Infantry Division which fought with distinction during the Normandy campaign. The group has only been formed a short while but they are experienced re-enactors and as such were very obliging when it came to photographs. They have a good collection of equipment and their display showed the type of earthworks they would have dug in June 1944.

There were some traders’ stands at Tankfest and the static vehicle line-up was most interesting and displayed some of the museum’s latest acquisitions. The vehicle mobility in the main arena was excellent as always and included the new vehicles such as the Buffle from South Africa and the huge M110A1 203mm calibre self-propelled gun.

The grand finale battle was a tribute to the 70th anniversary of Arnhem which involved a lot of German armoured vehicles, including the Tiger tank, from the museum’s collection. Although seen as a disaster, it was a fitting tribute to the fighting spirit of the men who held out against overwhelming odds. For that reason, the spectators did not seem to mind one German victory.

Events vary in scale from the largest down to some very low-key events such as Highlands End, organised by Cheryl Ludgate, near Honiton. Today the location is a holiday camp site, but during the war it was used as one of the build-up areas for the US Army and there are pillboxes remaining from that period. Although small it was worth the visit to see the displays.

Held over the weekend of 28th - 29th September it was supported by a line-up of WWII vehicles and displays by local historians who have researched the area’s connection with WWII. One of the groups that turned up was the 101st Airborne Division, part of the South West Airfields Heritage Trust (www.southwestairfields.co.uk), who set up camp with a static display. This group portrays part of the 506th PIR, made famous by the series Band of Brothers, based on the book of the same name by Stephen Ambrose. This was a real group of people who flew from the Upottery Airfield near Honiton in Devon. This group has a strong connection with ‘Easy Company’ because they have a display in the original 439th Troop Carrier Group HQ and Officers’ Mess Complex, which is well worth a visit.

I must also mention a visit to the National Trust property of Tyntesfield near Bath, which I attended in June. This was a Victorian weekend where I met up with my very dear friends the Diehards, whom I had not seen for several years. I will continue my reflection on the Best of the Rest in part two next month, which will feature more guns, groups and contacts.