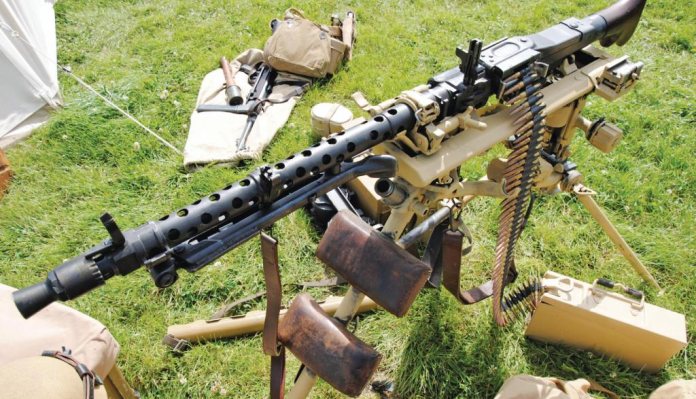 Visiting re-enactment events is always exciting and fascinating because you never know what you might see. One thing which is certain, and that is the experience will always be interesting. Re-enactors dedicate an enormous amount of time and hard work to create their static displays, both indoors and outdoors. As I have mentioned previously, these displays are like mobile museums. To achieve such standards takes time and money to obtain these things, but, like the museums, the question remains; from where do they get all these wonderful items?

From the smallest display to the largest, whatever the period, everything has to be acquired. The experienced re-enactors know well where to go and which venues to visit to obtain items, such as the militaria fairs and special re-enactors markets. Collectors also know this and some of them are also members of re-enactment groups which makes them ‘extra savvy’ when it comes to tracking down something. They are also canny enough to know where else to look. For newcomers just getting involved with the pastime of collecting or re-enactment, it is a learning curve and they may not have considered some of the less obvious choices open to them, such as browsing through bric-abrac shops, which sometimes produce results.

Charity shops are another useful place to start searching and, the good thing is, they are to be found in all towns. Rummaging through the racks of clothes or the shelves of books, it is surprising what is to be found. Indeed, it is not unusual to find sets of webbing from WWII or vintage clothing, including shoes, hats and handbags which fit into recreating the Home Front. Genuine fur coats, for example, whilst not widely fashionable wear today, are prized by groups depicting Vikings and Medieval period, because the fur can be used to trim garments to produce an authentic look. The prices are often quite reasonable and the quality can be surprisingly good, also. In buying things from charity shops you are supporting good causes from helping animals and people to supporting medical research.

Some towns have vintage stores and even host special vintage markets, such as Toddington in Gloucester, which hosts the ‘Cotswolds Vintage Fair’ in the Village Hall on Stow Road, GL54 5DU. A range of dealers trading in textiles, jewellery, clothing and ephemera, which can be used in displays, are all in one spot. Details of this event can be found on Facebook ‘The Cotswolds Vintage Fair’ or by ‘@thecotswoldsvintagefair’. Social media groups and the internet help spread details of such venues, such as the Vintage Market at Sherborne in Dorset, details of which can be found at: sherborneantiquesmarket.co.uk.

The market town of Frome in Somerset has become a centre for a range of markets and other events, such as car boot fairs, which can often turn up some unexpected finds. The town also hosts Vintage Markets with traders selling textiles, vintage clothing and accessories. The monthly Frome Market, held the first Sunday every month, is a spectacle which re-enactors will find useful. The town centre is closed off to traffic and becomes one large pedestrian area, where shoppers can browse at leisure. Trade stands line the streets offering hand-crafted knives, vintage textiles, militaria, books and all manner of other items. Details of all the fairs can be found on the website at: discoverfrome.co.uk.

Militaria Fairs are held most weekends across the country, and these are perfect for tracking down items of kit, rare books for reference and even complete uniforms. Re-enactors events, such as Military Odyssey have an area set aside for traders. These specialist fairs cater for a wide range of interests and period from Napoleonic to both world wars. Details of these events can be found in the pages of Gun Mart and the Diary Dates section of the magazine.

Some re-enactment events have become so popular they have attracted nearby towns to become involved, such as the North Norfolk Railway, which hosts a 1940s Weekend, which extends along the length of its route to include towns with stations such as Holt and Weybourne. It is the town of Sheringham, though, which has embraced the 1940s event to such a degree that local businesses put on themed displays and the town is decorated like VE-Day. All the shops join in where bargains can be found which are ideal for use at re-enactment events. The next event for railway will be a ‘Dad’s Army’ weekend over 24-25 May and full details can be found on the website at: nnrailway.co.uk.

For earlier period re-enactment there are the specialist events such as The Original Re-enactors’ Market, held biannually at the Sports Connexion, Leamington Road, Ryton on Dunsmore, CV8 3FL. This is a one-stopshop for everything any re-enactor might need, from personal kit to items for display. The periods covered include Roman, Medieval, Civil War, Napoleonic and American Independence. If you should be looking for an item to complete your display for, say, the Hundred Years War, this is where you will find it. The great thing is that many items on sale have been made by the traders themselves and are of very highquality they have been supplied to museums. The dates for this year’s Markets can be found on the website at: reenactormarket.co.uk.

These re-enactors markets are popping up all over the place, such as the events being held at Cambridge at Burgess Hall, Westwood Road, Saint Ives, Cambridge PE27 6WU, details of which can be found on the website at: cambridgelivinghistoryfair. co.uk. Another market for re-enactors is the International History Festival, held at Cressing Temple Barns, Witham Road, Braintree, Essex CM77 8PD, which is a multi-period event with traders and artisans selling longbows, leatherwear, boots and other accoutrements. Details of the event can be found on the website at: livinghistoryfestival.wordpress.com.

Displays showing life on the Home Front have become very popular over the past couple of years, with ‘shops’ popping up at events such as the West Somerset Railway’s 1940s Weekend. Full of nostalgia, the packaging lining the shelves of these shops is a mystery to younger visitors and a ‘trip down memory lane’ for older visitors who can remember the war years. The smell of carbolic soap mixing with paraffin makes for a heady aroma, but it is the labels of the tins which attract the attention. They are available from specialist suppliers and by wrapping them around modern tins, the effect is instant. Trade stands of these suppliers can often be found at the large militaria events such as the Malvern Indoor Militaria Fair, held at the Three Counties Showground, Wye Hall (Brown Gate), Malvern, Worcestershire WR13 6NW, details of which can be found on the website at: militariashows.com.

Shopping for items to use on display is to be undertaken like any other shopping trip, except you don’t write a list because, although you have in mind what you would like, you don’t always see it. I have spoken to re-enactors faced with this dilemma and they have ended up buying something completely different, but still useful all the same. Collecting for re-enactment displays is something which can be done anywhere, even when on holiday to Spain, France or America. Something will catch your eye and that’s it. I know this all too well from personal experience, when I was on holiday in the Lake District. I dropped into a small bric-a-brac shop in Cartmel and came out with loads of things. Such shopping expeditions can be seen as opportunities, where, if you see something you need, then get it otherwise you can miss out. How many times has that ever happened?

Re-enactors are never far from their pastime, whether at home or abroad. So, keep looking and keep adding things to your collections to improve and build displays which helps to keep re-enactment fresh and interesting for visitors to attend.